5 (+ 4 Not Really) Ridiculous Questions with a Charlottean We Love: Danny Knaub

Right after earning his master’s degree in English literature, a young Danny Knaub joined Blumenthal Performing Arts Center as marketing and video coordinator. That was 2008. He was promoted twice during his nearly five years with the Blumenthal, eventually becoming a communications manager.

But the siren song of a bigger city called.

He left Charlotte for San Francisco, where he worked as director of communications for the Shorenstein Hays Nederlander organization. (Fun Fact: Jessica Seinfeld was engaged to Eric Nederlander, son of founding partner Robert Nederlander, when she met and fell for Jerry Seinfeld. She and Eric were married for four months before he filed for divorce.)

In 2016, Knaub left San Francisco for the Great White Way. He worked as a senior marketing and press manager for Broadway Booking Office. He lived in New York but traveled everywhere in advance of the shows he was promoting.

And now a still-young (just slightly older) Knaub is back where it all began.

Get to know the Blumenthal’s witty, wonderful vice president of marketing in a meaningful way – by reading our insightful, five-question Q&A. (We have inquiring minds; we can never actually stick to just five.)

1. They’re making a Broadway musical about your life. What’s it called, and who plays you? (Neil Patrick Harris, duh.) Give me the plot points.

While I love NPH, I would cast Jonathan Groff to play me. The show would be called Danny (original, I know), and it would follow an insecure young adult as he navigates the world of live entertainment, starting as an intern in North Carolina before moving to New York City to then make his triumphant return home.

While the glitter and lights of NYC helped “Danny” shake those insecurities and grow into the person he is today (I envision a The Devil Wears Prada montage where my outfits and posture get better while I go from Charlotte to San Francisco to New York City and back to Charlotte), he discovers there is no better place than home as he’s surrounded by the friends and family who supported and encouraged him along the way.

Oh, and he finds the most amazing husband to share his life with when he moves back. (That’s very Sweet Home Alabama.)

2. Most delightful celebrity encounter you’ve ever had, and why. 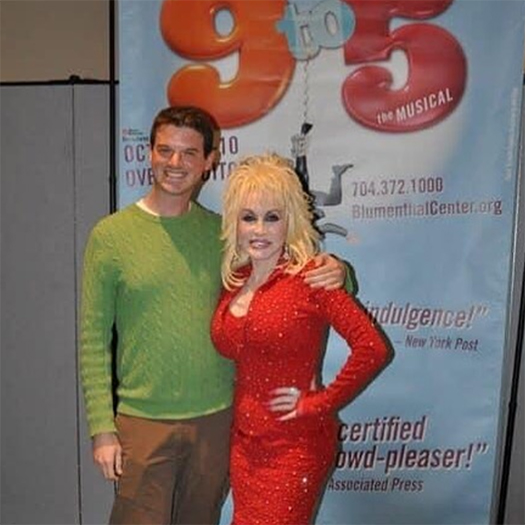 This is the easiest question to answer … DOLLY PARTON! Put that in all caps.

She is everything you want her to be. She is warm, inviting, hilarious, self-deprecating, appreciative, complimentary and the hardest-working person in show biz.I don’t think she has a single mean bone in her body!

I’m surprised you didn’t ask about unpleasant celebrity encounters because I have some good stories.

3. What do you think I had for breakfast today?

As someone who doesn’t eat breakfast, I’m taking a wild guess here. You ate scrambled eggs (two eggs) with a little salt, pepper and hot sauce. On the side, you had two sausage links. You also had a glass of fresh-squeezed orange juice, as well as a cup of black coffee with just some Splenda. How did I do?

(Writer’s Note: Danny is incorrect about everything except the fresh-squeezed OJ. I take my coffee with cream and Splenda. The breakfast he imagined for me is much better than the cereal I had.)

I can recite the entire RENT album from start to finish, and I will perform every single role in the one-man production I put on during every road trip I take. I also was an all-conference soccer player in high school many moons ago and can still juggle a ball quite well with just my feet and head.

5. Name a thing most people can do that you can’t.

I can’t whistle and it drives me batty how easy it is for most people. I don’t know what I’m doing wrong.

6. How has Charlotte changed since you’ve been away? 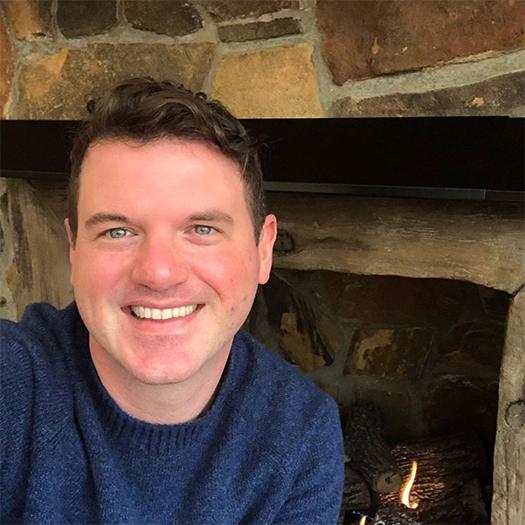 The skyline is different. Independence Blvd. is completely different. (What is up with all the U-Turn lanes?)

There are so many new parks and even a baseball stadium. None of that existed when I first lived here.

When I first turned onto Tryon Street toward the Blumenthal, I didn’t even recognize that street because there’s so much construction. Our city is growing and thriving, and that is exciting to see.

For underrated, I’ll give that to Billy Elliot. I am shocked this musical doesn’t land in everyone’s top 10. When it toured through Charlotte about a decade ago, I went to see it eight times. I couldn’t get enough.

As for overrated, I’ll politely decline because I don’t want to upset anyone or read any negative comments about me.

8. What would your drag queen name be?

Going by the rules of the game (the name of your first pet and the street you grew up on), my name is Sunshine Nicholas. Actually, that’s a pretty good name. I envision her wearing lots of yellow and other bright colors.

9. What’s the one thing you can’t abide?

I can never wait for the “Walk” sign. And that was true even before I lived in New York City. I will jaywalk any day of the week. In New York, I always felt like I was playing a game of “Frogger,” bobbing and weaving through traffic. It’s not the best quality, but I definitely miss the sounds of all the taxi cabs honking at me.