A Newcomer Reacts to Charlotte

Moving across the country to a city in which you know no one, have zero ties to and in the middle of a global pandemic sounds crazy, right?

Those were exactly my thoughts as I began packing everything I owned to move out of my apartment in Boise, Idaho and make my way to Charlotte.

Having grown up in Boise, I was starting to feel as though I was growing quicker than the city around me. I had just turned 23, was establishing myself in my career as a social media specialist for a local company and was freelancing for a local magazine. But it wasn’t enough. 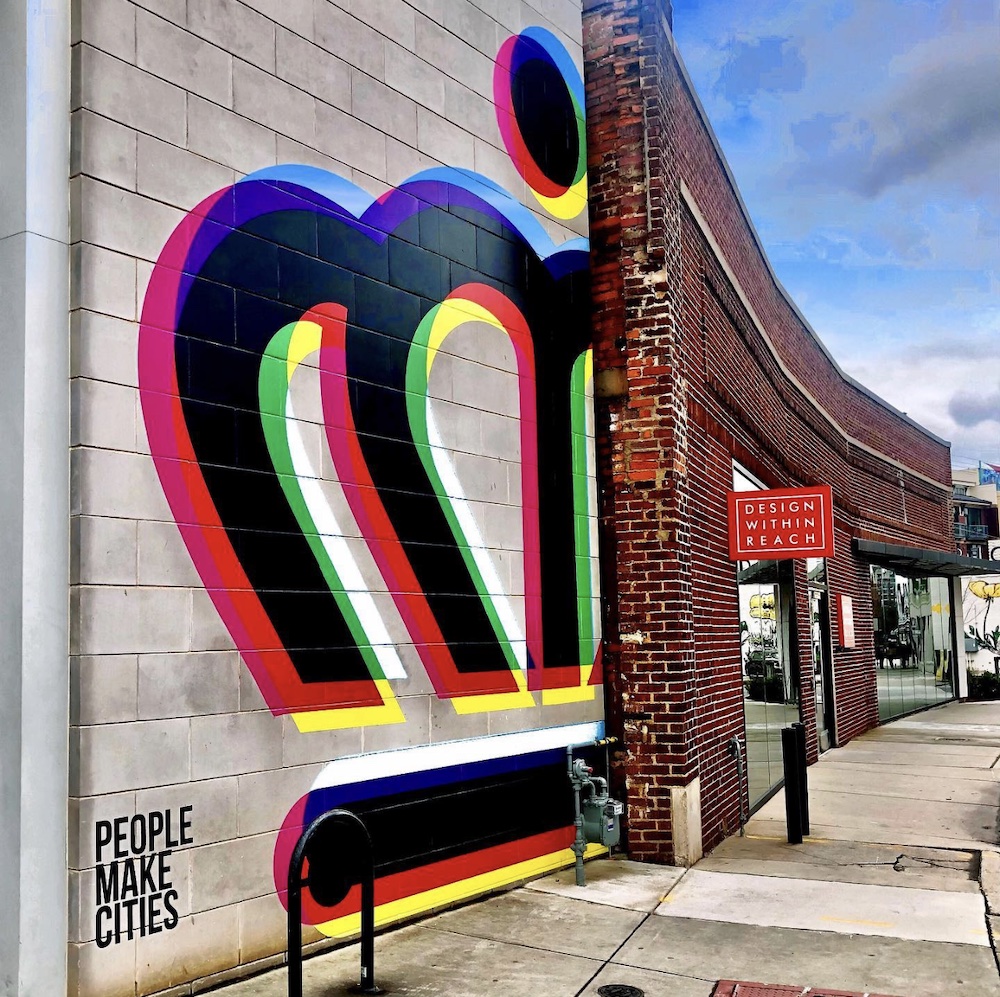 I felt that there was more that I could be a part of. With dreams to be a full-time fashion and art writer, I felt my hometown couldn’t offer me what I wanted and in 2020, I visited Nashville for the first time and realized that Boise was really all I knew.

While my hometown is a great, safe place to live, it lacks the opportunities big cities hold. Opportunities in my career, to network and to experience things that a small city in the Midwest doesn’t offer. I began to feel there was nothing more the city could offer me. After my visit to the South, I realized I needed to be somewhere new in order to grow.

The Pandemic Presents an Opportunity

When the COVID-19 pandemic hit, and the company I work as a social media specialist for, ClickFunnels, announced we were going remote, I took it as a sign. Charlotte was at the top of my list because of its unique Southern culture, affordability (such as taxes, gas prices, and rent in the suburbs are all lower than Idaho) and its reputation as a transplant city. I knew it would have a diverse community, and that was one of the first things I noticed during my first and only visit before moving here.

Coming from a sheltered city that lacks the unique culture its sister cities — Seattle and Portland — have, I knew Charlotte would be a culture shock. Charlotte is rich in history, with streets filled with art that have rhythm and soul, which is made possible by the more diverse and larger population of Black residents, in sharp contrast to the 1% who live in Boise, one of the least diverse cities in America. 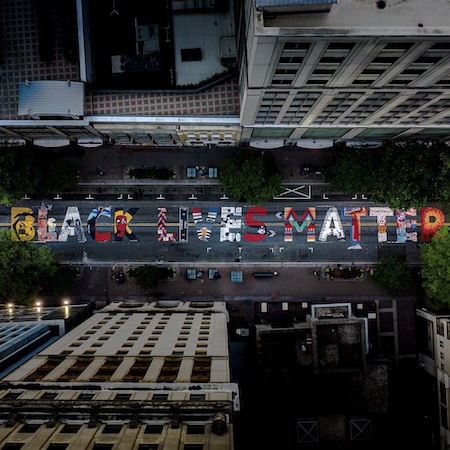 I experienced this culture shock — in the best sort of way — during my first visit to uptown (I already know the terminology) in August. The city was empty due to the pandemic, except for South Tryon Street, which was closed to vehicular traffic.

Artists had painted the words “Black Lives Matter” on the black asphalt, and a group of people safely gathered, sang and publicly spoke on the BLM movement. It was an energy unlike I’ve ever experienced, one that wouldn’t have worked in Boise due to the lack of racial diversity.

I felt excited but also nervous because I was experiencing something new, a culture I haven’t experienced much, on my own. I was then connected with the movement that was sweeping America, when I previously felt left behind in Boise.

Excited to Explore the Queen City

Since then, I’ve been intrigued by African-American art I’ve never really been exposed to. Murals give the city a kind of rhythm that Boise lacks. Charlotte art also seems to take more risks and is more unconventional than what I’ve experienced back home.

We’re still in a global pandemic, which means I haven’t gotten to explore as much as I want to. A tradition I have while visiting a new city is going to every art museum and gallery I can, and I haven’t been able to experience that here yet. 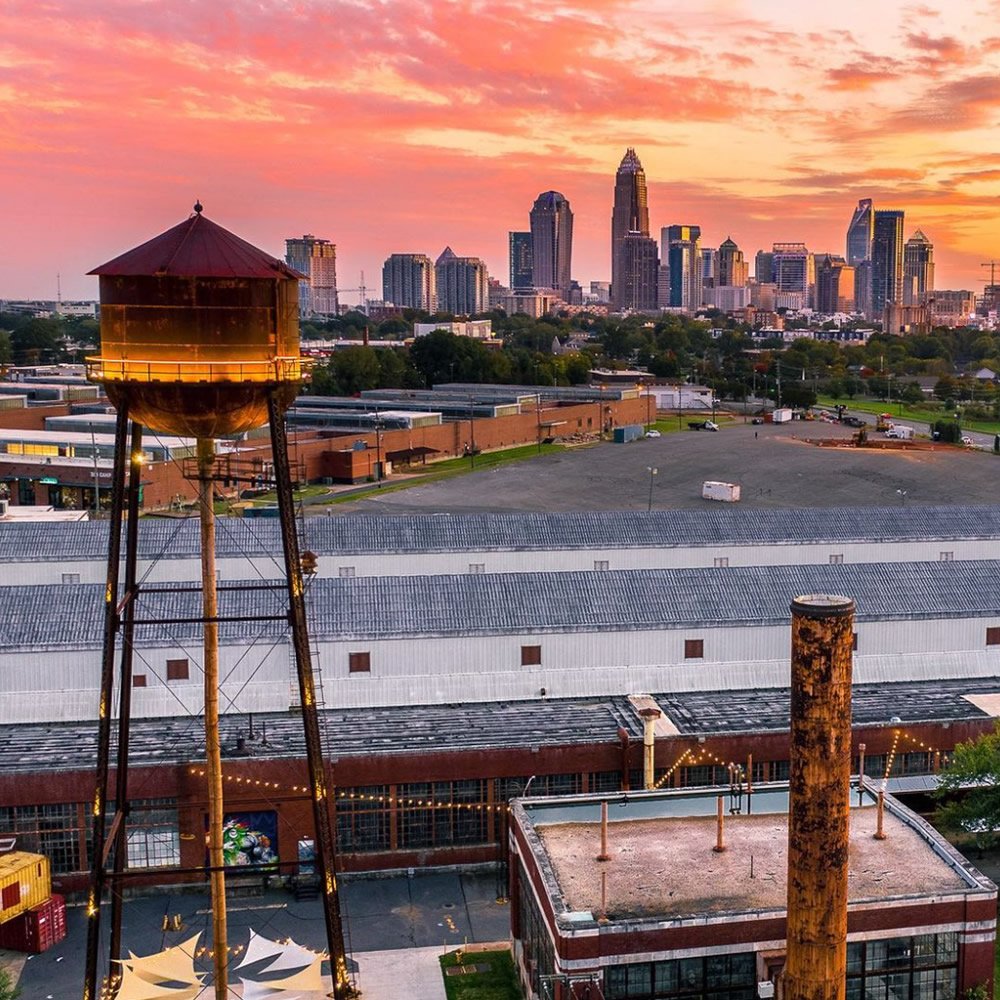 Many of my explorations, such as going to NoDa and Camp North End, are different due to the pandemic. They feel less vibrant than I imagine they normally do.

What’s next for me is to venture out to the Historic West End and visit the stretch of murals near Johnson C. Smith University’s Arts Factory. I’m excited to see the history portrayed in the art and the stories that they tell.

Until then, I will continue to do my research on art in Charlotte and experience what I can on my own. I hope that by doing my own research, I can push myself further in creating my own art. When I do create art, I like painting with watercolor or gouache, although my favorite is oil painting. A goal of mine is to eventually sell my paintings and be known equally as an artist and a writer.

My time in the city has been short, and while comparing it to my hometown I’ve had one main takeaway. There’s art wherever you go in Charlotte; you just have to look for it.

And, I’m excited about seeing it for myself.