James Beard Award-winning chef Peter Reinhart may be known for bread. But, he has a passion for pizza.

He’s quested coast to coast for his YouTube series and 2003 book, American Pie. And now, his journey has taken him to the Motor City to take a bite out of Detroit Pizza. Chef Peter, chef on assignment at Johnson & Wales University, worked for two years to delve into just why, after so many years, Detroit pizza has been crowned “the next big thing” in pizza. 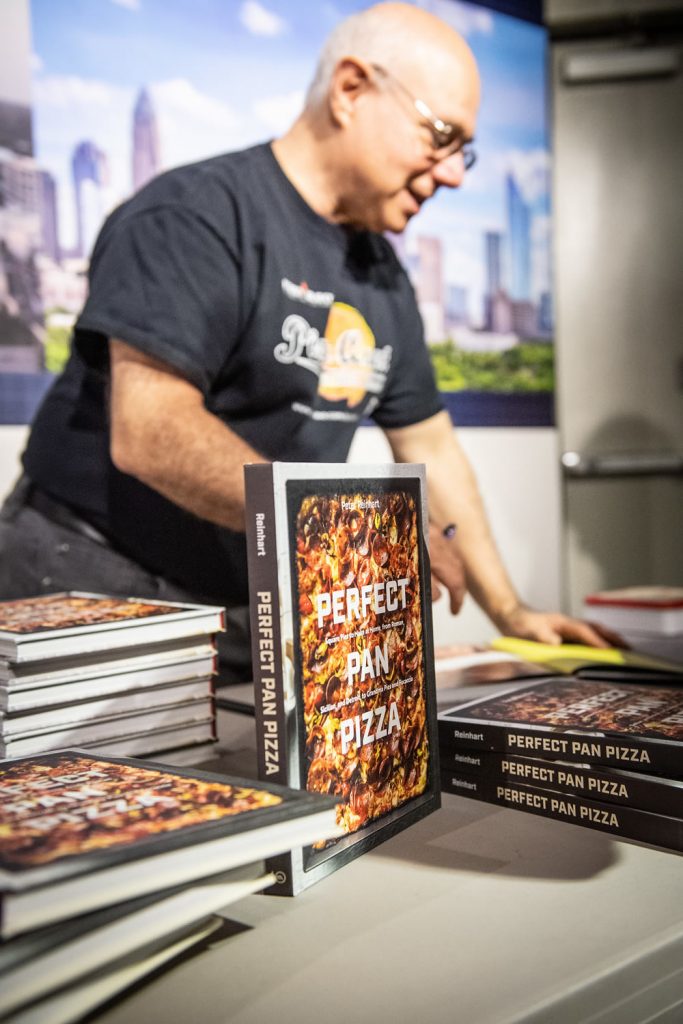 And, he can’t wait to tell you why in his newest book, Perfect Pan Pizza.

THE PAN WITH THE PLAN

For years, variations on Neopolitan pizza have been king in the US, says Chef Peter — most recently, the move into wood fired pizzas. According to Chef Peter, the problem with this style of pizza is that not enough pizza places are making it well and consumers are getting bored. They are looking for new culinary avenues to explore. That has chefs and restauranteurs searching for new regional styles with which they can experiment. And, that’s led them to the Motor City and the legacy of August “Gus” Guerra, the founder of Buddy’s Pizza.

Legend has it that, in the late 1940s, Guerra started baking pizzas in blue steel pans with 2.5″ inch sides he’d gotten from one of Detroit’s many automotive plants. The result … magic. The square pizza that resulted was crisp on the bottom and adorned with caramelized cheese on the crust where the dough and the pan met. Buddy’s became a Detroit tradition. And, it stayed that way until recently.

“[For years], people poo-poo’d Detroit-style pizza. They were loyal to their own regional style,” says Chef Peter. “For some reason, it just didn’t break out of that silo.” But the incessant drive by chefs and restauranteurs to stay ahead of the trends brought them to Michigan. Chef Peter took notice, too. Once he tried it, he was hooked.

“It checks all the boxes,” said Chef Peter. “The crust is light and crisp on the bottom. There is a fair amount of cheese. And, it’s a bonus that the cheese melts on the edge like a cheese wafer.”

He adds that the dough is spot on. “It’s crispy on the outside and creamy on the inside.”

Once Chef Peter was in the Detroit fold, he was game to experiment and write a book about Detroit style, which just hit the stores. He’s excited to see what people do with his recipes.

In fact, he hopes you’ll try it out yourself. As an “appetizer,” here is the dough recipe he uses in his book. 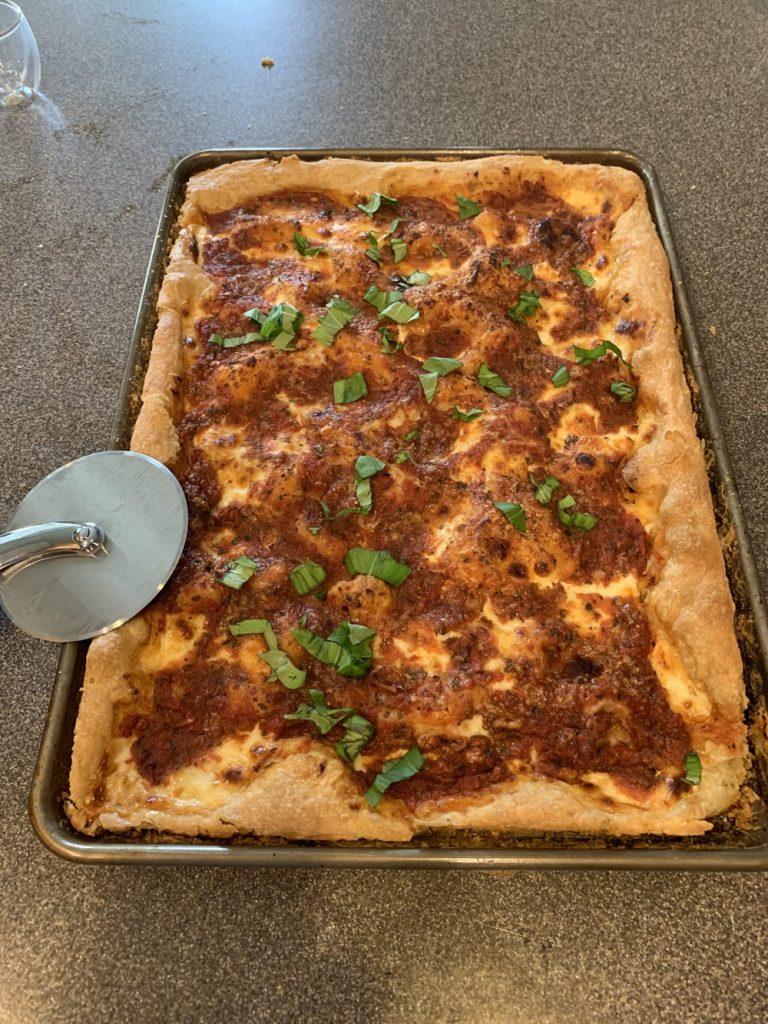 A member of The Biscuit team, Michael Sammut, tried it for himself this past weekend.

“Just follow the steps and you’ll be rewarded with perhaps one of the best pan style pizzas of your entire life. The crust is soft with a perfect crunchy and chewyness and a beautiful balance of air pockets that you expect from a dough like this. Combined with the classic marinara sauce and some good mozzarella this pizza was worth every beautiful step,” said Michael of his experience.

THE NEXT NEXT BIG THING

It’s safe to say that Chef Peter is smitten by Detroit pizza. “Why would I want to eat any other pizza?” he asks.

So, has he ended the quest for the perfect pizza?

Well, not exactly. In fact, he’s already looking ahead at what he thinks is the “next next big thing” — Roman-style pizza. He can’t wait for the opening of Eight+Sand this summer, a venture between Inzzio Pizza’s Grant Arons and James & Miracle Yoder of Not Just Coffee.

And, you can hear them talk about it on a recent episode of Charlotte Talks with Mike Collins. Just don’t listen on an empty stomach.