“Three Bone Theatre doesn’t shy away from uncomfortable topics or difficult conversations, and this piece will make some people uncomfortable,” Robin Tynes-Miller said. “And that’s important. It is about the trauma caused by police violence in the Black community and all that entails.”

Before George Floyd, before Breonna Taylor, before Rayshard Brooks, before Philando Castille, before Eric Garner and so many others, there was Michael Brown. At 18 years old, he was killed by police officers in Ferguson, Missouri and left in the street for four hours.

And there was John Crawford, III, 22, who was holding a BB gun that was for sale in a Beavercreek, Ohio Walmart when he was shot and killed by police.

Brown and Crawford were far from the first unarmed Black people to be killed by police. But their murders in 2014 galvanized a Brooklyn-based theater company. 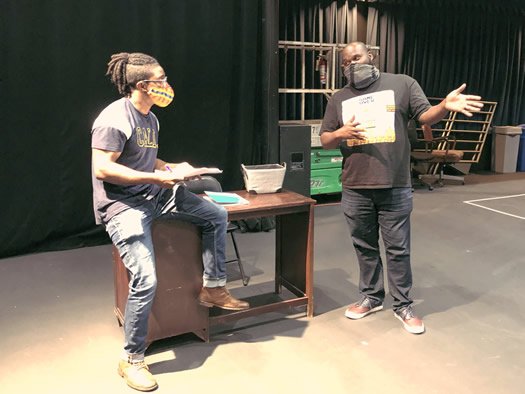 The New Black Fest commissioned seven up-and-coming Black playwrights, including Idris Goodwin (They Shootin! Or I Ain’t Neva Scared …​) and Nambi E. Kelley (Dead of Night … The Execution of …) to create original monologues in response to the ongoing murders of unarmed Black people by police officers. “Hands Up: 7 Playwrights, 7 Testaments” is the thought-provoking result.

With a powerhouse cast (including Mason Parker, Jay Ward, Sultan Omar El-Amin) under the direction of Quentin Talley, the production promises to be a gut punch – even though the actors and audience won’t be in the same room.

We’ll still have a front-row seat – from home – as the actors perform live from the Duke Energy Theatre at Spirit Square.

“One reason we chose to do a monologue show was to take into consideration COVID-19 precautions while still remaining true to the intent of the piece,” said Robin Tynes-Miller, founding artistic director of Three Bone Theatre.

The theme of police violence against Black people is even more relevant today than when the monologues were published in 2016.

“With the horrific police killings of George Floyd and Breonna Taylor (among many others) this summer, we saw how important these narratives continue to be,” Tynes-Miller said. “It’s so impactful to hear from Black artists directly of the impact these killings have on them and their community.” 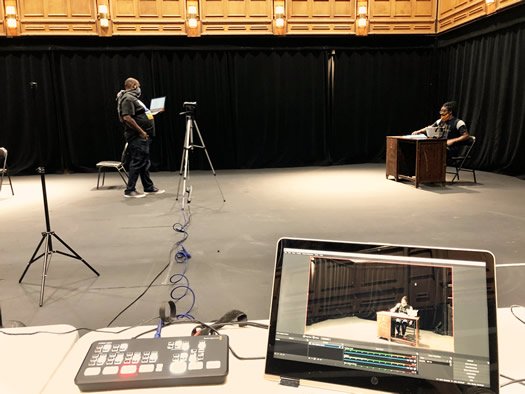 “What I really love about this piece is the breadth of experiences we get to hear about,” she continued.

“One of the ways white people minimize the Black community’s experiences is by lumping them all into one. But no group is a monolith, and it’s important to hear a variety of life experiences and stories that all fall under the umbrella of the Black experience.”

A few of the voices we get to hear:

“Three Bone Theatre doesn’t shy away from uncomfortable topics or difficult conversations, and this piece will make some people uncomfortable,” Tynes-Miller said.

“And that’s important. It is about the trauma caused by police violence in the Black community and all that entails.”

Amplify and Activate is Three Bone’s nonprofit community partner for this production. The group has created “self-care guidance for people who may feel triggered during the performances,” Tynes-Miller said. “There will be brief interludes between monologues for people to sit with the stories, listen to music and take care of themselves.”

“This piece has been heavy to work through,” she continued. Amplify and Activate’s self-care practices have been shared with actors “to help them decompress from the stories they’re telling.”

This show contains adult language and themes and is recommended for ages 16+. ​

The show runs about 90 minutes with no intermission.