As a medium, film has always broken away from the conventional. From the earliest days of cinema, every filmmaker wants to do something different, to push the medium in bold new directions.

As techniques, genres and the ways films are made and distributed evolve, shouldn’t the ways that we teach the medium evolve too? Self-taught documentary guru Julie McElmurry thought so when she created the Charlotte Unconventional Film School (CUFS).

In 2017, Julie wanted to learn more about the art of filmmaking, but decided to flip the process on its head. Instead of spending thousands of dollars on a film bootcamp, Julie decided to take the money she would have spent and start and start CUFS, instead — her version of on-the-job training.

Julie’s vision was to create a low-cost way for her and others in the community to learn filmmaking by actually making films together. Two years later, Julie has performed over 150 workshops, many of which have been lead by professionals in the film industry.

Last year, Julie was awarded a HUG Micro-grant to help support her work. HUG grants (also known as Helpful Unfettered Gifts) are $250 strings-free “nudges” to help Charlotte creative project move forward. She used it to help pay for a sign on the back of her car to promote CUFS as she drives around town. In Julie’s case, the HUG helped keep the ball (and film) rolling.

Julie put down her camera for a moment to catch us up on her journey with the CUFS:

Q: How did you get into film? It wasn’t your first career, was it?

No, it wasn’t. I worked at Boston’s international hostel for my first job out of college. Then, I served at a homeless shelter in Hartford, CT for a year. I served at Wake Forest University as a campus minister for 22 semesters while also teaching a service learning class at Salem College. For seven years, I traveled around the country giving talks about the 13th-century writings of St. Francis of Assisi.

The commonality of all of these jobs is that I have always loved bringing people together in a group, creating the best possible experience for them in that one precious, unrepeatable moment in time, helping them meet each other and encouraging them to make cool stuff happen together. 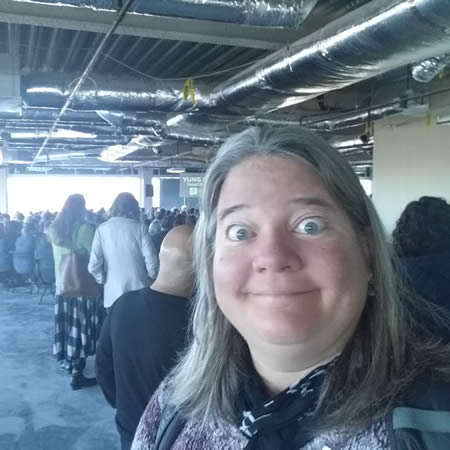 Julie after flying all night not to miss a CreativeMornings meeting this winter.

In January of 2016, I found out I got a $1,000 grant. The only stipulation was that I was to “tell people about the work nuns do.” Since I’d been playing with a camcorder for a year and a half at that point and had met plenty of nuns over the course of my previous work and summers in graduate school, I felt pretty confident I could make a short documentary.

The day I read the email that I had gotten the grant, I literally googled “how do you make a documentary.” I proceeded to google a million other questions in the six weeks it took me to travel to Florida, Pennsylvania and Hawaii interviewing 12 women. I learned how to edit and screen it in public. That was a pretty tight timeline, but it meant that I, by necessity, had to learn a lot very fast.

People do a double-take when they ask me what my documentaries are about. They’re about women who live in monasteries: nuns.

Most people chuckle at first. I mean, think about it, women are usually not portrayed in a flattering way in most popular media. I see nuns portrayed as the typical misogynistic stereotypes of being ball-busters, completely ignorant or fiends.

Well, that’s the limit of the imaginations of those fiction writers, I guess. These women are, in real life, thoughtful, thought-filled, contemplative, aware of and engaged with the world around them. I’d say that the most intelligent, well-read and wise people I’ve met have been these women who have selected a life that from the outside looks a bit repetitive and tedious. My films give people a deeper look than a first glance plus the sisters speak for themselves in their own voices so nobody is giving an interpretation or rendition of them. What you see is what you get.

Q: What was it about film that lured you in?

I acquired a small camcorder in 2014 and was amazed at how easy it was to use and at the quality of the captured image.

I brought it with me to New Mexico where I was doing some work with a tiny isolated school and informally interviewed some of the teachers there. I kept taking it with me to the places I was already visiting and found that people enjoyed being interviewed. They told me some great stories when I had a camera in my hand.

When I volunteered with the video crew at a music festival at that time, people invited me to film them inside their tents practicing music, chatting or lounging. I got to go up on stage while bands played and nobody stopped me!

Q: What was the impetus for starting CUFS?

In May of 2017, I was about to pay way too much money ($2,000) for a one-week bootcamp for filmmakers. I had hemmed and hawed about this for months and finally sat down with a stack of post-it notes and a sharpie and wrote out all the things I had hoped to learn during that week. Then, I realized I could find local Charlotte professionals to teach these various skills.

I ‘ve taught and organized various classes, workshops and retreats for adults for 20 years. I’ve taught ESL, Medieval history and service learning on shoestring budgets, so I knew I could pull together the logistics required to create a classroom setting marked by mutual respect, a love of learning and hospitality.

I decided within an hour of sitting down that night that I would not send myself to that bootcamp. Instead, I would spend $2,000 over the next year by bringing together local pros and adults like me who wanted to learn from them. 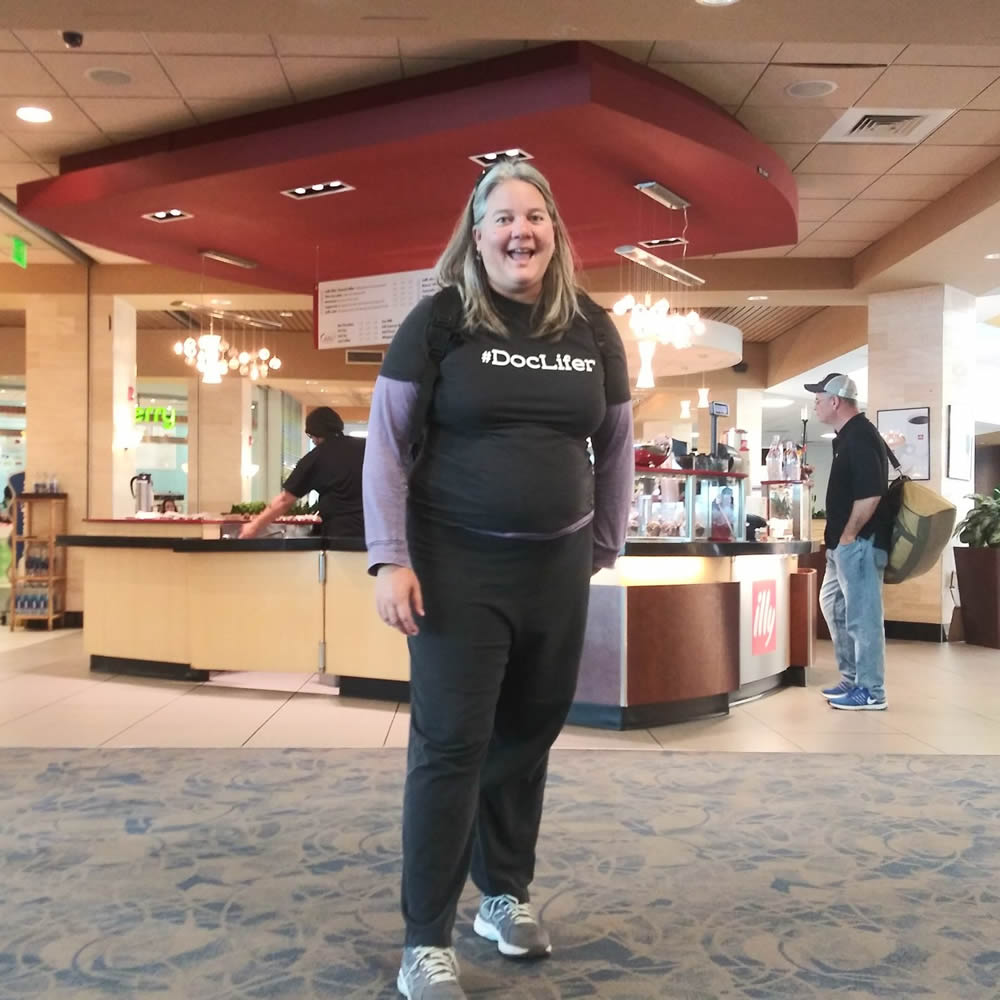 Q: What were some early hurdles you had to overcome?

An early hurdle I had to overcome were fears about failing. Eventually, I realized that innovating is the only way to see what is going to work. One week, I put on one event every day for a week. This led to lots of ups and downs, with many no-shows. But in some cases, those who did show up ended up being very involved with us.

I don’t have a nice spreadsheet for you, but I know for a fact that many relationships have been forged because people met through our events and that many people have gone on to make movies together that never would have been made otherwise.

After our first semester (12 workshops taken by a group of about 10 people), we had a meeting with Seth Ervin, Chief Innovation Officer of the Charlotte Mecklenburg Library. He saw the potential for a partnership with CUFS as we could help the library meet some of its goals for serving the community.

This led to our third semester which primarily consisted of 10 Saturday workshops we offered at various library branches. We served over 600 adults over those 10 Saturdays. This partnership has meant that a lot of people found our workshops who wouldn’t have found us otherwise. It has been great to serve so many people in Charlotte at once.

Q: Where are you going next?

We’ve put on 150 programs in our first two years. (Stay tuned for an announcement about our informal 2nd birthday party, happening in July).

About 30 of these are classes and workshops, taught by accomplished, impressive local professionals. Rodney Stringfellow knocks it out of the ballpark when he teaches us storytelling. This past spring, Tommy Tomlinson and Mike Collins (both of WFAE presently and both with resumes a mile long) taught our “Art of the Interview” to an excited crowd.

This summer, we’re putting on several “Coffee with a Film Festival Director” to bring together local filmmakers with the people with the power to show their films on the big screen at a fest. We’re also carving out time to attend some interesting screenings around town. Soon, we’ll be announcing our Fall 2019 semester, including hands-on small group workshops and a documentary filmmaking course sponsored by the Charlotte Mecklenburg Library.

We want to educate, equip and introduce people to each other so that they can go ahead and make their first five movies. I have completed six movies myself and each one has gotten better and better. If we can just get people to be bold and start making movies, even though those first ones might not be very good, then we’ll be doing our job of helping Charlotte make more and better movies. 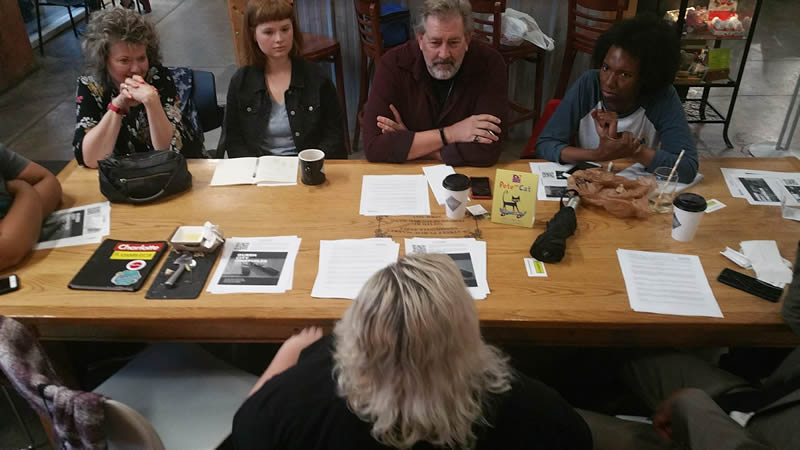 Q: How did you use your HUG grant?

I was thrilled to receive a HUG grant in the Fall of 2018. The money went to a local business which crafted heavy duty signage for the back window of my car with the CUFS logo and website. They also printed 200 smaller high-quality stickers I gave out, asking people to put them on their cars.

The grant gave me more than the ability to advertise, it actually gave me a shot of confidence and reassurance because there were people telling me, by awarding me that grant, that they believed in this vision and that they could see it, too. That meant a lot to me during a time when I was questioning whether this was going to work. 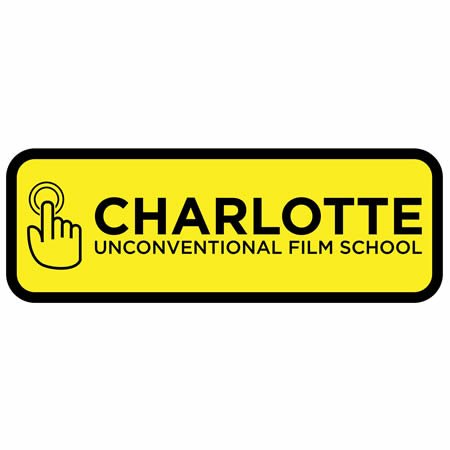 Q: What advice do you have for creative Charlotteans about getting started in the Queen City?

Stop pretending that you have to ask someone’s permission to do that thing you want to do. For some reason, we all like to pretend it’s fourth grade again and people are choosing their teammates for kickball.

Those days are over and there is nobody who is going to choose you for anything, so stop waiting. Choose yourself.

If you’re afraid of your ignorance, replace it with knowledge. If you have imposter syndrome, wake up and realize that every adult on this earth has imposter syndrome. I know that fear keeps us down, mostly fear about what other people are going to think of us. But fear is a liar and in some strange way, it’s something we make up to keep ourselves “safe” — to keep ourselves from sticking our necks out.