“We are maturing as a city in a lot of good ways. I see growth here – and we’re becoming a better city. I’ve never felt any hesitation or constraints on programming in terms of subject matter. And I feel even freer now than ever to stretch artistically.” – Tom Gabbard

Here at The Biscuit, we love celebrating unsung creative heroes. In fact, we’re dedicating January to just that theme. Part of our mission is lifting up artists you may not have heard of. But we don’t want to ignore the sung heroes. It’s too easy to take them for granted because they’re so ingrained in the creative scene that they get lost amongst their successes. In many cases, they’re the ones who help discover and nurture the city’s next great talents.

Blumenthal Performing Arts’ CEO Tom Gabbard and The Biscuit’s Tim Miner Zoomed (how else?) a few months ago to discuss Gabbard’s own creative journey, how he came to Charlotte from the frozen tundra of Wisconsin, his history with the Queen City creative community and … respect.

When did your creative journey begin?

In fourth grade. I went with my class to the San Jose Civic Auditorium to hear the U.S. Marine Corps Band. I was so impressed by the precision and the quality. I decided then and there: That’s what I want to do with my life. I began studying the French horn, at which point, I probably imagined myself as a high school music teacher. 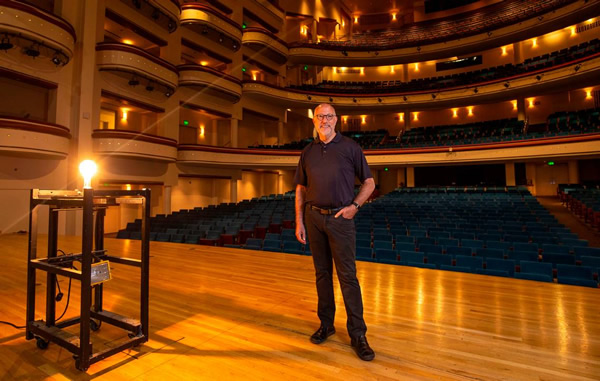 I’m not a high school music teacher, and yet I am. It involves the same qualities – loving the arts, being organized, understanding that it’s all about people.

That’s part of the reason I feel so strongly about field trips for our kids. I know the difference it can make – a lifelong difference.

And I had parents who nurtured that. My father left high school as a sophomore to begin a career with NASA [as a model maker]. He was self-taught, and while he missed some of my Little League games, he never missed a concert.

Take me back to 2003 and your path to Charlotte.

My predecessor, Judith Allen, told me she was retiring and wanted me to take over. My wife, Vicki, and I spent a weekend in Charlotte, which was already becoming this cosmopolitan place. On Aug. 1, 2020, I celebrated 17 years at the Blumenthal.

Congratulations – and thank you for staying that long. What about Charlotte sealed the deal?

It definitely felt like the right fit. And we saw an abundance of opportunity here.

We liked the city’s can-do attitude and expansive vision. Vicki and I are both Westerners. We’d never lived in the South. But we felt comfortable here and also thought we could make a contribution.

In an old Charlotte Magazine interview with Rick Thurmond, you said Charlotte needed to do more than just have people “passively attend a performance.” That interview was after you’d been in Charlotte for just one year. How has the city done since then? 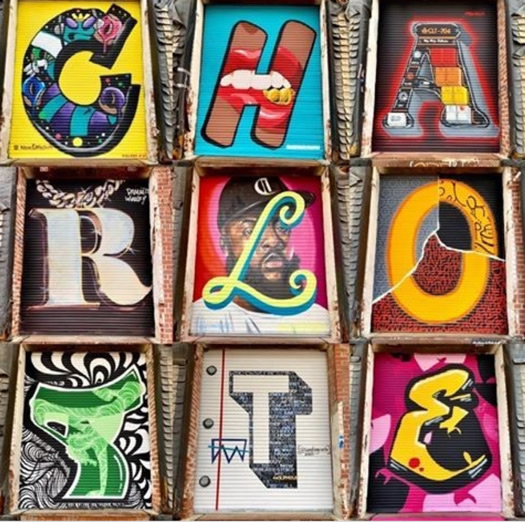 We are maturing as a city in a lot of good ways. I see growth here – and we’re becoming a better city. I’ve never felt any hesitation or constraints on programming in terms of subject matter. And I feel even freer now than ever to stretch artistically.

Charlotte has attracted a young, relatively affluent and educated demographic. Yet, not all those people grew up in a humanities-rich environment. We need to figure out: How do we pique your curiosity and nurture that? Historically, that’s been a missing piece.

Years ago, I had a funder tell me, “Look, I know what you guys are doing is important. I’m going to give you money, but please don’t ask me to go [to a performance.]” That hurt a lot. We don’t hear that much anymore. We appreciate every gift, but our hope is that donors will want to be personally involved.

You’ve been a big proponent of accessibility and inclusivity. Why has that been important?

When we opened, we were principally focused on creating opportunity downtown – big shows for big audiences. That continues to be essential, but we’ve added a commitment to people, especially kids.

More and more, we’ve gotten into hip hop – artists who, years ago, we had no relationship with. And relationships matter.

Right. The creative process binds people together. How have you seen that play out? 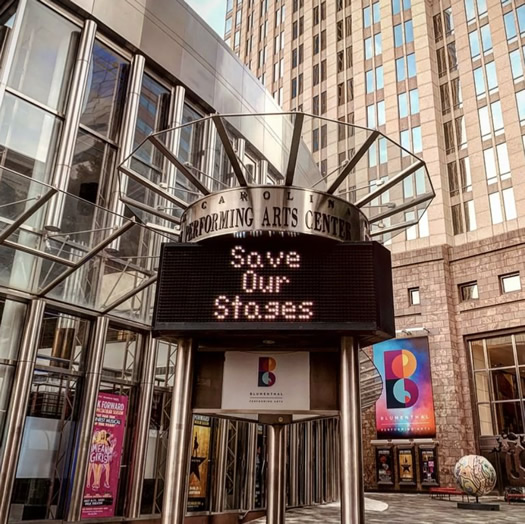 There’s a special chemistry that can happen among artists and among casts in plays and musicals. But it doesn’t always happen. When you see it, you savor it. I can’t really explain it, but I think the underlying principle is respect – true and authentic respect for another person. And having respect for the audience is fundamental …

Before I came to Charlotte, “RENT” was considered an edgy show. As it was touring the country, about 150 people would walk out on any given night. We communicated in advance about the show’s content. We didn’t make any apologies. We said we were proud to present this Pulitzer Prize-winning musical, but we also told people what the story was about. We had just two complaints during a two-week run.

With every work of art, some people will love it, and some will hate it. So, we have a swap program at the Blumenthal. We allow season ticket holders to swap up to five shows. That shows we understand there are differences in taste. It gets back to basic human respect.

Let’s talk about local artists. How do you think most artists live in Charlotte? What do we need to do to engage their passion?

First, we have to acknowledge it’s hard. We’re rightfully concerned about holding on to our artists in Charlotte. We need to be mindful of how we can help them make connections elsewhere. We’ve taken some of Charlotte’s hip hop artists to London, and they’ve made connections there.

DeNeer Davis, a graphic artist, has even thought about going to London for a few months to build her connections there. We don’t want her to move to London, of course. But Charlotte doesn’t have to be the sole place artists generate income – but it can be home base.

What can an individual in Charlotte do to help artists?

We have to ask artists: What’s your business plan? We’re working with Carlos Cruz [who started The Nouveau Sud Circus Project] on a new show and hope to open the door for new markets. It’s a little bit of a Chamber of Commerce role.

Artists don’t always understand the worth of what they do. We have to help them understand, put a price on it. So often, artists aren’t paid for their work. We have a policy to pay everyone. We’ve had some artists who haven’t cashed their checks, and when we ask why, they say they framed it – that getting paid is so unusual, they had to commemorate it rather than cash it.

It gets back to respect. Exposure is great, but it doesn’t show the respect payment does.

Gabbard mentioned artist DeNeer Davis above. Watch a video of her work on the We Are Hip Hop mural at Camp North End, which was sponsored by Blumenthal Peforming Arts. Read more about it in The Biscuit.