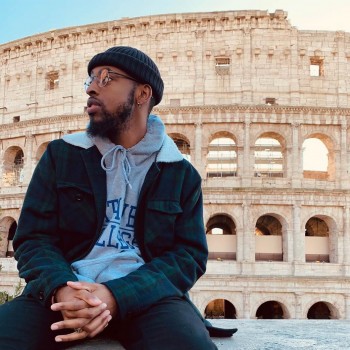 “One of the bad things is that although Charlotte is thriving in the local music scene, it seems as if it’s enclosed to certain people. I know personally, I could do more, when it comes to getting that time and exposure to the music scene. But if there were more opportunities available, I think we’d be further along.” – Jalil Pack

It’s no secret that this year, particularly the past several months, has been a daunting challenge for the creative community here in Charlotte. (Okay. That’s a HUGE understatement.)  Even the smallest place to gather to play music have been silenced.  Galleries have been closed and theatres are dark.

It’s been incredibly tough for seasoned creatives.  Imagine what it’s like for artists who are brand new to the scene.

This week, we want to lift up one emerging artist and hear his stories about how he’s making it during COVID-19.  Jalil Pack (AKA “Mr. JVY”), percussionist extraordinaire and Charlotte native, is an established artist in his own right. A year ago, he graduated from Catawba College and is trying to navigate COVID-19.  It was the culmination of a long journey.

Jalil was two years old when his mom placed a set of drumsticks in his hands.  When he was 5, the movie Drumline was released. It had a major impact on him.

“I would watch that movie every day, learning the different beats, listening to the music and having the biggest infatuation with people who looked like me, that had those types of abilities.” says Jalil. 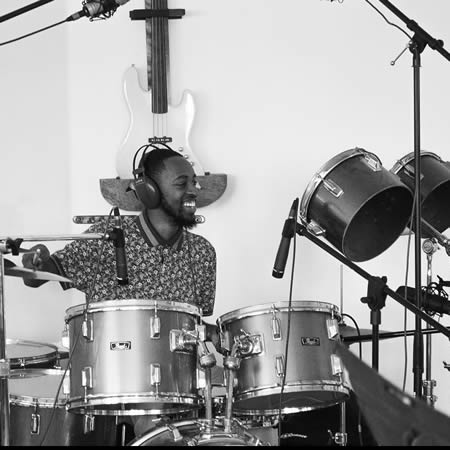 In response to his one-year anniversary of being a creative at large in the Queen City, we asked Jalil a few questions on his thoughts on Charlotte, his work, and how he’s managing through the COVID-19 crisis. We have shortened some of the answers for brevity but kept the essence of the Jalil’s thoughts.

When did you know you wanted to pursue drumming at the highest level?

I’ve always had this dream of playing on tour for a famous artist/musician. It might’ve resonated once I joined the Artist Development Program at Catawba College. Performing original or cover content with other students, whether I knew them personally or not, made me feel as if I was learning the musician’s game step by step.

This drove my mother to enroll me at Community School of the Arts, which is now known as Arts Plus. My teacher/instructor, the late William Hudson, taught me how to read music, as well as breaking down the rhythms and following along, as well as the importance of practice and always having a student mentality.

From that point on, I joined the marching band, both at Coulwood Middle School, led by Keith Reagan and West Mecklenburg High School, under the direction of William A. McLeod. During that time, I played the Snare, the Quads/Quints and the Tenor drums.

Until the age of 18, I performed in “Performathons” (exhibitions for students and the pieces of music they’ve learned for the semester) and concerts with a band that Mr. Hudson started called “Dynamo.” Since then, my love for drumming and the music has always been at the forefront.

What has the first post-graduate year been like? What are you doing? How often do you perform

I received a B.A. in Communications, so aside from the music, I’ve loved talking and/or announcing, whether it be the school news, morning announcements or a pep-rally.

The difficulty in finding a job in this field is still a struggle, but my expectations to find something concrete directly after graduating were lowered.

On May 22, 2019, I started a podcast called The JVY Podcast, which derived from my daily Snapchat stories that I posted during undergrad, and still post to this day. I’d give a “word of the day”, as well as give positive messages and connect with my followers. The attention from those who tuned into my stories every day led to me to create a YouTube channel, where I would drop skits on things I thought were relatable.

Taking those two things, as well as going back to my old high school and talking to the students about the importance of an education, inspired me to start the podcast.

There, I talk about life, music and college, while sticking to the roots of my daily Snapchats. Around the summer of 2019, I regained contact with a mentor and previous adjunct professor of mine, Mr. Dennis Reed, Jr., who is the CEO of Inspire The Fire, an alum of Catawba College. He is a renowned musician with the likes of Fantasia & Anthony Hamilton, and a native Charlottian. In December, I traveled to Europe with Dennis Reed Jr. and his gospel collective, G.A.P. (God’s Anointed People) for their annual tour.

Do you have music and performance to be your primary source of income?

As of right now, yes. I play for my home church, Greater Mount Sinai Baptist Church and have been a part of the music ministry since 2016, where I would travel back and forth from Salisbury to Charlotte every Sunday morning and sometimes throughout the week for other services.

What are some good things (and some bad things) you’ve discovered about being a musician in Charlotte?

One of the good things is that being at the right place at the right time gets you a decent amount of exposure. 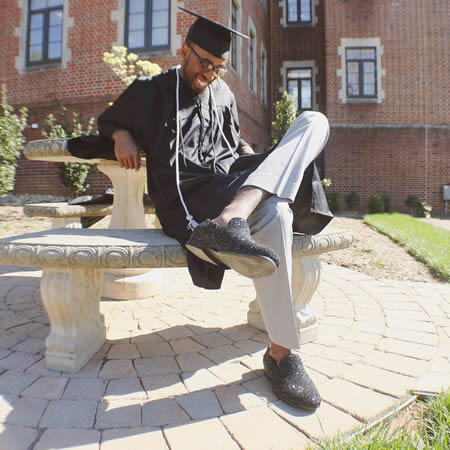 One of the bad things is that although Charlotte is thriving in the local music scene, it seems as if it’s enclosed to certain people. I know personally, I could do more, when it comes to getting that time and exposure to the music scene. But if there were more opportunities available, I think we’d be further along.

How would you describe the creative culture here?

It’s absolutely amazing to me. Besides music, you have poetry, painters, pottery, etc. which show the artistic nature and passion here in our city. Now that I’m older, my appreciation for the creatives has grown. From NoDa to the plethora of museums, it’s always good to see something different.

What, if anything, are you doing to help the creative or music scene here?

I’d say it has to do with Project Harmony, where we’re teaching these students early on, how to become amazing musicians. Not just that, but to also keep their determination to create whatever they’re inspired to do. To let them know that there’s no limitation to a dream. If they can dream it, they can achieve it.

The same lessons I’ve learned from Mr. Hudson are the same ones I want to instill in the children and in the community. For myself, I’m wanting to bring my own energy and uniqueness to the stage. Music and artistry makes me the happiest. So while I’m here, I hope to have the opportunity to continue to play as much as I can. 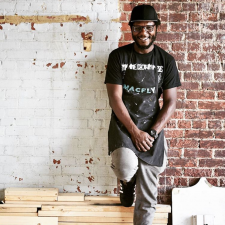 “Who Built Me” With Eric Ndelo 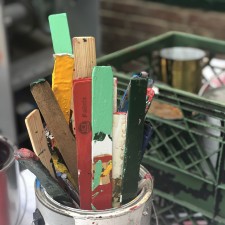 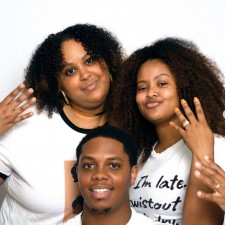 @CLTBlackOwned has Pride, Purpose & a Plan 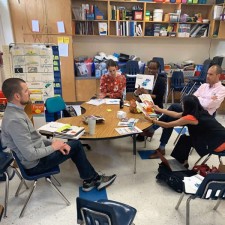 Those You Seek to Serve Have The Answers