Calling it a crisis would be putting it mildly.

Kris Reid is fielding calls and e-mails from chefs, restaurant owners and farmers from across the Charlotte region. On Sunday, Mecklenburg County declared a state of emergency after two additional residents tested presumptively positive for COVID-19. Based on the empty seats in countless eateries over the weekend, this declaration was not a surprise to her.

As Executive Director of Piedmont Culinary Guild, Reid is committed to building the local food economy. Her nonprofit is a grassroots effort serving as a hub for professionals in the local food community, kind of like the organizational embodiment of “farm to fork.” By sharing resources, educating consumers and establishing regional recognition, Piedmont Culinary Guild aims to shine a deserving spotlight on Charlotte’s growing foodie scene and all of the people that help make it prosper.

Unfortunately, it is a scene under direct attack.

“We already have members seeing 50-80% drop in business [due to COVID-19],” Reid said. “This is catastrophic not just for businesses, but for the number of hourly wage earners that will be effected.”

From Chef to Chief Executive

There is no better phrase than “if you can’t stand the heat, get out of the kitchen” to describe Reid’s approach to crisis management. She is a woman on a mission and she does not suffer fools. 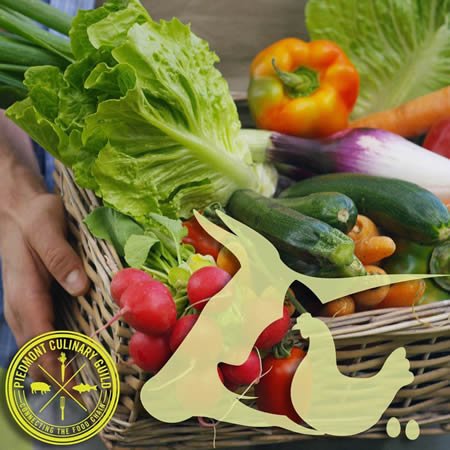 Like the expeditor at an upscale restaurant, ensuring communication between the kitchen and servers, Reid has flexed into a role as a voice of common sense during a time of uncertainty for the Charlotte region. It is an advocacy role she has spent more than 15 years developing after tragedy nearly upended her life.

In June 2004, Reid was hit by a truck while walking to language class while living in Mexico. She had already left a career in accounting to pursue her passion for cooking. While recovering from that major injury, Reid applied to be in the inaugural class of students at Johnson & Wales University as it opened its Charlotte campus. A few years later, she had her culinary degree and walked the stage for graduation, a feat that doctors were not sure she would be able to do just a few years earlier.

Resiliency in the face of challenges is a big theme in Reid’s life. Following graduation, her thriving catering business had to close in less than 60 days due to the onset of the economic downturn in 2008. She founded Piedmont Culinary Guild four years later as a natural progression of volunteerism and engagement with local food system champions.

The organization now boasts 300+ professional members including chefs, farmers, food artisans, brewers, winemakers, food provisioners, culinary educators, and related full-time food professionals. The organization also features many business members as well as a supportive community of local food supporters called Tastemakers. Reid was able to take a salary as Executive Director for the first time in 2019 and the organization was on an upward swing in the first quarter of 2020 before COVID-19.

“Of Course, We Had an Event” 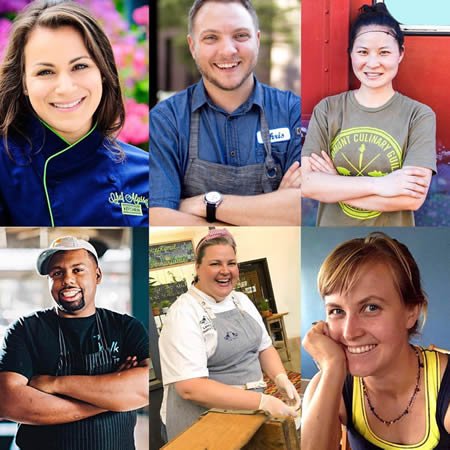 Last Wednesday, March 11, Piedmont Culinary Guild shared the bad news with its constituents: its annual Food & Beverage Symposium scheduled for Sunday of this past weekend had been canceled. Host site Johnson & Wales University curtailed all events with attendance of 50 or more. Months of hard work and planning had gone into lining up compelling workshops, seminars and demonstrations for the daylong event.

While Reid admits she was “pretty bummed out,” she knows that wallowing in self-pity is no way to demonstrate leadership. She was out at farm stands over the weekend, encouraging people to “shop local” as social distancing to fight COVID-19 has the unintended consequence of harming the livelihoods of people who make the local food chain possible.

“We aren’t exactly novices at crisis management,” Reid notes. “The industry has seen countless viral outbreaks, the challenge of 9/11 and a Great Recession.”

Reid’s leadership is critical at this important time. She projects a chef’s confidence in making decisive moves on behalf of her colleagues while also channeling her passion as an advocate for the local food system. It is this mixture of heart and determination that sets her apart from other founder-led nonprofits in the Charlotte community. One walks away from a conversation with Reid knowing that she will do everything she can to overcome any challenge.

“We will come back from this, but the brakes aren’t just being pumped, they are being slammed-on in terms of how quickly our culinary scene was growing,” Reid said. “I think it depends on how long this goes on.”

Reid’s advice for how you can help:

In this new series, guest contributor Josh Jacobson will highlight staff leaders in Charlotte’s nonprofit sector who are shaking things up and making an impact. Josh is founder and managing director of Next Stage, a Charlotte company that works with nonprofit organizations to develop game-changing strategies and strengthened operations in service to mission and long-range vision. Read Josh’s last editorial about Banu Valladares.