Meet the 2021 Bolt of Inspiration Recipients 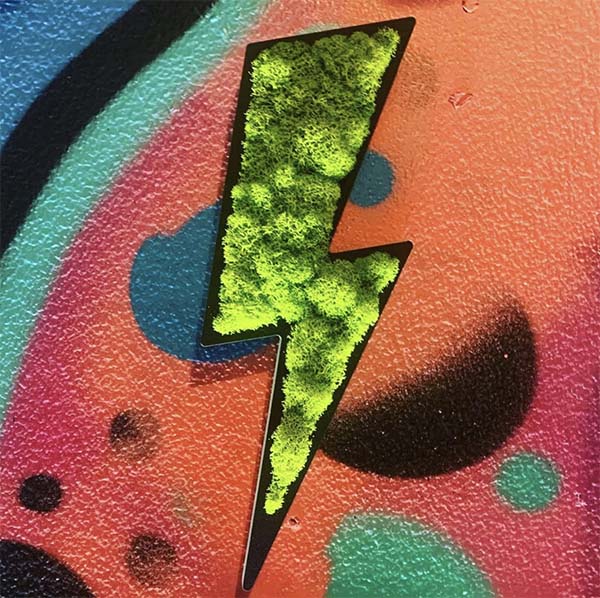 Moss Art Bolt of Inspiration designed & created by The Savage WayAs you look ahead at another 12 months of possibility and opportunity, we invite you to take a few minutes to look back at the people who moved us forward last year – those who inspired us to create, innovate and collaborate.

At monthly meetings of CreativeMornings/Charlotte, we honor a creative individual (or three) whose example electrifies us and the creative community. Last year, with support from OrthoCarolina, we honored these amazing Charlotteans with a Bolt of Inspiration, a lightning bolt designed by The Savage Way and covered in moss art, a process the company designed here in Charlotte.

As you look for inspiration in the New Year or people and movements to collaborate with in the months ahead, look no further than our 2021 “Boltees.” They charge us up. And, we know they’ll charge you up, too.

[NOTE: Bolt of Inspiration recipients below are arranged in chronological order.] 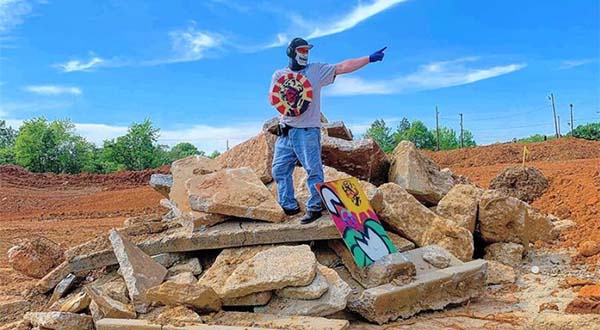 Matt Alvis aka @StencilSpray builds welcoming, engaging spaces for creatives to gather, collaborate and show their stuff – whether online (like when he helped establish the Tough Ass Crew – TAC – collective of artists on Instagram) or in the flesh (when he collaborated with Joe Kuhlmann of Evening Muse to establish the physical TAC Gallery on North Davidson Street.) If you’re looking to buy street art or art from emerging and established local artists – a collection that changes weekly – TAC is the place to go. 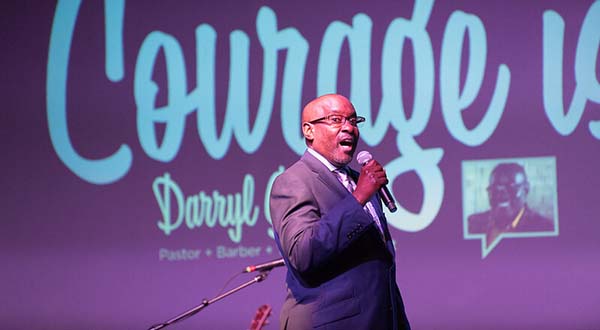 It was our sad duty to award a posthumous Bolt of Inspiration to our friend, Darryl Gaston, a man whose life defined inspiration. Darryl was a barber, salon owner, an educator, an orator, a pastor at Smallwood Presbyterian Church, a founder of the North End Coalition. Known affectionately as “The Mayor of North End,” Darryl’s passion was matched only by his compassion.

As Camp North End and other projects brought change to Druid Hills and other neighborhoods north of Uptown, Darryl and his wife, Melissa, sought collaboration, while always challenging those involved to remember those who’ve been calling the area “home” for generations. His impact and influence cannot be calculated. 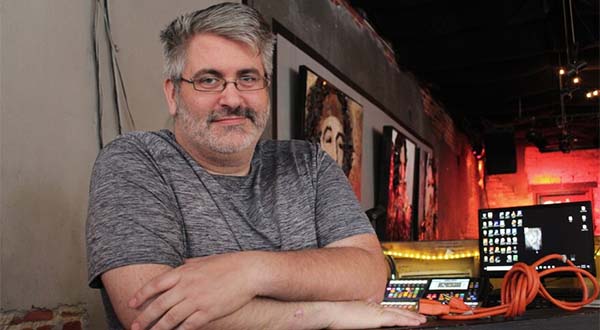 The Evening Muse opened in April 2001 fueled by visionary Charlotte creative, Joe Kuhlmann. In honor of the venue’s 20th anniversary, we were thrilled to bestow a Bolt of Inspiration to Kuhlmann in recognition of his steadfast leadership and selfless generosity to Charlotte’s creative community. Need an example of Joe’s passion to create within community? Look back at what we wrote about Matt Alvis and how Joe helped him establish TAC Gallery.

Kristen Miranda and the QC Life Team
Weekdays at 9 a.m. and 3 p.m. on WBTV 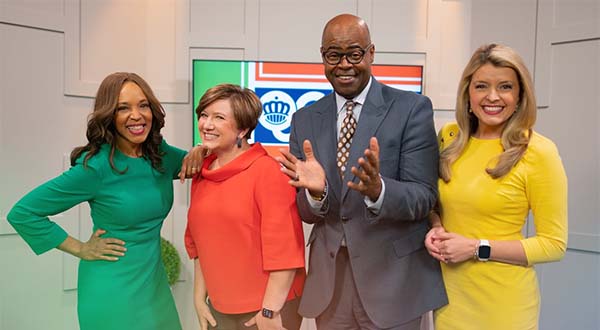 For creatives to build awareness of their work, attracting media attention is essential. But, often elusive. With newsrooms shrinking over the years, arts and cultural reporting is often the first to go. In Charlotte, we’re experiencing a renaissance of arts coverage. Leading the charge is Kristen Miranda and her team at QC Life, which broadcasts at 9 a.m. and 3 p.m., Monday through Friday on Channel 3.

The QC Life team reports on arts events and opportunities every day, going deep into the ideas and individuals behind them. Over the past three years, many local creatives have had their first television interview ever on QC Life. That’s a rare and beautiful gift, indeed. 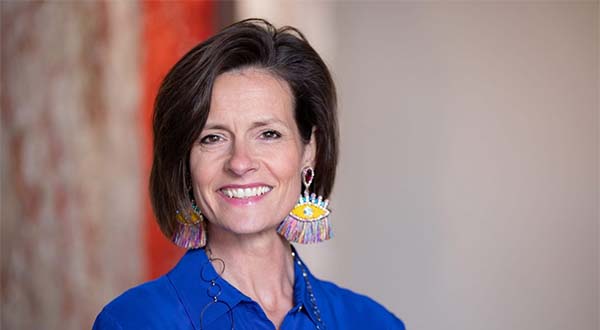 Attorney Sonya Pfeiffer is a passionate civil rights and criminal defense attorney, working to ensure that everyone is represented properly. When Pfeiffer bought Elder Gallery a few years ago, she brought that passion with her. Under her leadership, Elder Gallery has actively pursued a diverse grouping of local artists.

In the wake of the Black Lives Matter movement, the gallery has played host to some of the most exciting and innovative exhibitions and events taking place in the Queen City, from Off The Plantation: Part One in 2020 to Eyes Wide Open and Who Are Your People? in 2021. She has also worked to model representation on the walls of the gallery and in the gallery leadership deciding the work that shows there. 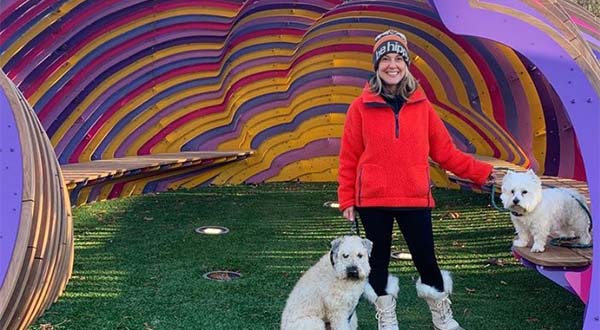 When COVID-19 closed down museums and traditional access to the arts, Brooke Brown took to the streets and, with the use of her trusty camera, she took us along with her. Over the course of the last two years, Brown found a world of public art and murals she’d not experienced before.

Rather than snapping a photo or a selfie and moving on as so many of us do, Brown stopped and asked questions of the artists. She gets to know them. She learns about the “why” behind their work and shares it on Instagram. Brown has shown us that while Charlotte has an incredible collection of murals, we have a more incredible community of muralists – a community whose love and respect she’s now earned. 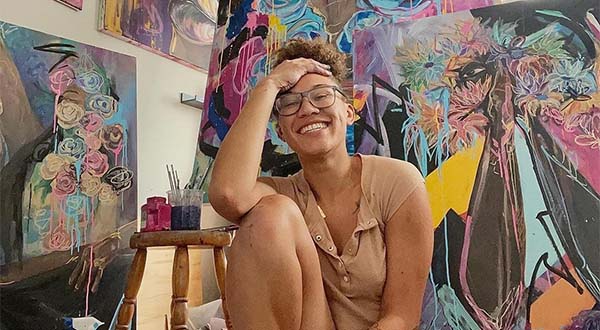 An emerging constant in the Charlotte art community is this: If something cool and creative is taking place in the Queen City, Makayla Binter is part of it. Since she’s only a few years out of Davidson College, it would be easy to say Binter is the “future” of Charlotte creativity, especially since she’s in graduate school for urban design at UNC Charlotte. But, that’s inaccurate. Binter is very much in the present. And, she’s everywhere.

Check her Instagram feed, and see everything she does in a week. Using her background as a college athlete, she’s the ultimate team player – from helping drive the #BeattiesFordStrong movement to organizing artists to display work on the concourse at Hornets games. PRO TIP: Don’t sleep on Binter’s mom, Maureen Binter. She’s an active arts advocate and a trusted source of advice and counsel in Charlotte’s art community. 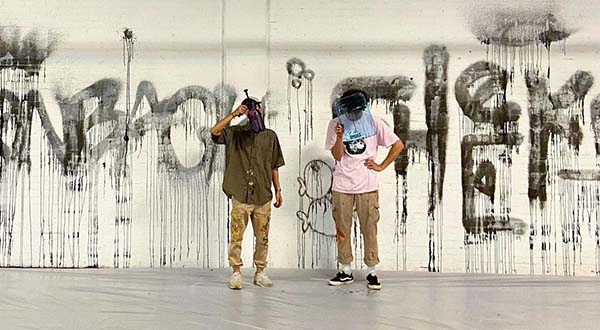 When artists can blend wonder and whimsy with true talent and skill, magical things can happen. Whether they’re creating work that will hang in a gallery or leaving behind inviting work on walls, trash cans and abandoned buildings, Cheeks and Naji Alali are magical indeed. But, when they worked together to create Out of Place at Goodyear Arts this fall, they outdid themselves. Together, Cheeks and Naji cultivated a truly immersive experience, which is all the more impressive as it took place at the same time as Immersive Van Gogh just yards away at Camp North End’s Ford Building. 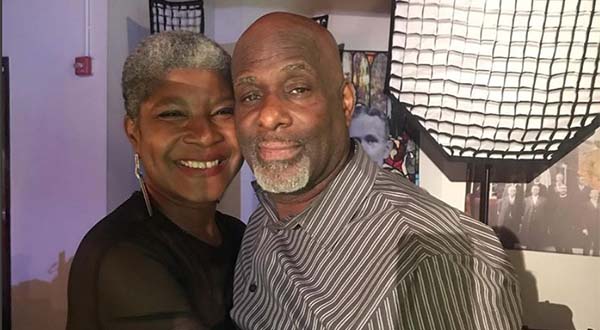 Historical buildings are in short supply around here. Buildings remaining from Charlotte’s former Brooklyn community are nearly nonexistent. But, a cluster of buildings on Brevard Street, anchored by the former Grace AME Zion Church and the Mecklenburg Investment Company, still stand. Proud, but quiet for too many years, these buildings are alive again with creative events and community gatherings of every description

Monique and Kevin Douglas, along with Jason Wolf, are simultaneously honoring the stories and the traditions of the buildings and those who built them, while giving them new purpose and energy as Studio 229 and the Brooklyn Collective. In a city that struggles to maintain its spaces, these spaces have strong protectors with their eyes firmly on the future.

When civil rights icon Dorothy Counts-Scoggins was our featured speaker at the November ’21 CreativeMornings/Charlotte event, it created the perfect opportunity to also lift up the amazing Charlotte-based artist, J. Stacy Utley.

His public art piece, “Ever Higher,” in the West End’s Five Points Plaza, immortalizes Counts-Scoggins’ historic 1957 walk into Harding High School and offers a glimpse into Utley’s inspiring career and body of work. 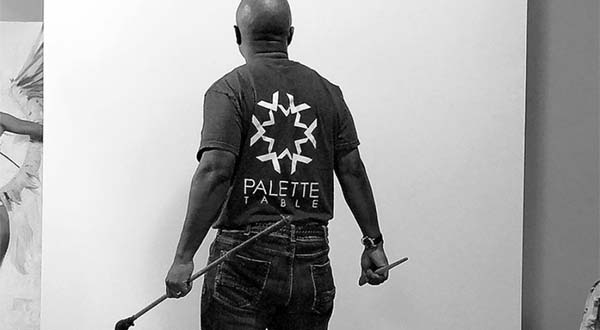 Much like historic buildings, affordable creative space is hard to find in Charlotte. To help fill the gap, Arthur Rogers, Jr., a graphic designer, illustrator, web designer and multimedia specialist, has worked in the background for years to address this challenge. Last fall, his hard work culminated in the establishment of the VAPA (Visual and Performing Arts) Center in the former Hal Marshall Building across the street from the McColl Center on North Tryon Street.

Within a week, every available space had been claimed by arts groups and individuals, with a long waiting list. As Rogers and his team work to upfit the building, the history of VAPA is still being written. But, his passion is inspiring, and we believe VAPA’s legacy will be long.

The 2021 Bolts of Inspiration were sponsored by The Savage Way and OrthoCarolina.