Quacking Back with Charlotte Squawks 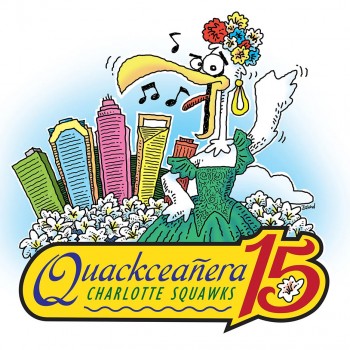 Charlotte Squawks is a summer tradition in Charlotte. And, it’s quacking back again.

The annual musical parody show that views the Queen City through a satirical lens celebrated its 15th opening night last night … and it’ll keep on ruffling feathers until June 23 at the Booth Playhouse.

This year’s show — titled Charlotte Squawks 15: Quackceañera — promises to bring its own special brand of comedy to the Queen City by spoofing on the pop culture, sports and political trends of Charlotte. Think of the show as Charlotte’s satirical year-in-review.

Brian Kahn, head scriptwriter for Charlotte Squawks, describes the performances as “Broadway meets Saturday Night Live meets Weird Al meets Charlotte.” You can expect to laugh, get a catchy tune stuck in your head, then laugh some more. And, you’ll probably get a little offended … but you’ll be in good company. Very little about Charlotte is sacred or safe in this show. And, that’s a key to its longevity.

Before you watch this year’s show, enjoy our conversation with Brian about how Charlotte Squawks came to be and what Cam Newton’s shoulder has to do with all of this.

Q: How did Charlotte Squawks get started?

Squawks got started in 2001 as a two-night fundraiser for WTVI. We didn’t raise any money because we made fun of and pissed off all the sponsors, but I guess the audience liked us because we’re still here.

Mike Collins and I co-produce the show, and the title is a spoof of our Mike’s NPR radio show “Charlotte Talks.”

A shot from the final dress rehearsal of Charlotte Squawks on May 29.

Q: Charlotte Squawks is celebrating its Quackceañera this year, how has the show changed over the past 15 years?

No, there’s a lot that’s different. Originally, we held back a little because Charlotte has a reputation for being uptight, and we weren’t sure how we would be received. Today, it’s no holds barred. We’re underwritten by the Blumenthal now, and they’ve allowed us to make the production values much higher. The cast and band are larger and more talented.

We’ve got lots of funny video segments (that The Biscuit helped with this year). This year, our run has grown to 22 performances stretching over four weeks!

Q: What can the audience expect from this year’s performance? How do you hope they react?

[The audience] can expect hot takes on everything that’s happened in Charlotte and the rest of the world this past year and familiar songs parodied so that they never hear them the same way again. They can expect to be offended a little, but laugh a lot.

And, most importantly, they can expect an air-conditioned venue with ample alcohol available in the lobby.

Q: What’s a musical number in this year’s show that you can’t wait for audiences to see?

There are a lot. We’re performing a fun Guns N’ Roses medley about the Hornets’ constant mediocrity. A few other favorites are:

Q: How has being head writer for Charlotte Squawks made you look at the city differently?

Every time something crazy or bad happens in Charlotte or North Carolina, I get texts and emails saying “Isn’t this great! You can put this in Squawks!” My answer is typically “No! That’s horrible! What is wrong with you?”


Q: How do you think the show will grow and change with Charlotte in the future?

We’ve definitely done a lot of songs over the years about Charlotte’s growth and the challenges that have stemmed from it. Actually, we’ve got a number this year “Can’t Get Around” (parody of the Beach Boys’ song “I Get Around”) about the ridiculous construction and traffic in Uptown these days.

With a bigger city, we’ve got more going on, so there’s more to make fun of! As for the future of the show, who knows? We love doing it, and we try to tweak aspects of it each year to keep it fresh. Hopefully, we can stick around a few more years.

Charlotte Squawks 15: Quackceañera will run from May 30 to June 23 at the Booth Playhouse at the Blumenthal Performing Arts Center.

Disclosure: Charlotte Is Creative, the publishers of The Biscuit, proudly co-wrote and co-produced video segments used in Charlotte Squawks this year with Charlotte Star Room.

READY TO TAKE A BITE OUT OF SQUAWKS?

Charlotte Squawks is playing at Booth Playhouse May 30 to June 23. Tickets are available for purchase online. 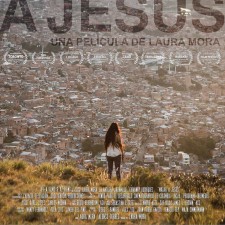 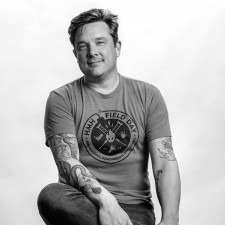 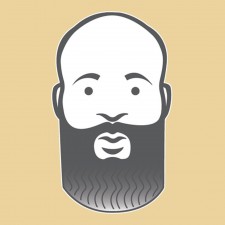 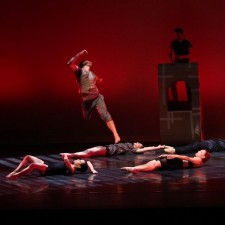