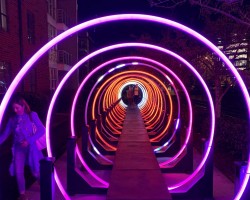 We love Rail Trail!⁣ You need to see the four interactive light installations that have made their way to the Rail Trail for South End’s “I Heart Rail Trail: Lights!”⁣ The installations run from Carson Street Station down to Sycamore Brewing. This ba… read more » 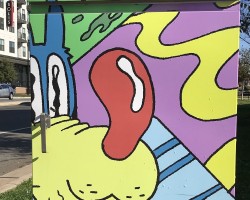 We think anywhere you can add art and a splash of color to the Queen City, you should. Charlotte artist Laurie Smithwick agrees with us. She’s the mastermind behind the “Amplify the Signal” project, which used a grant from the South End Creative Lab… read more » 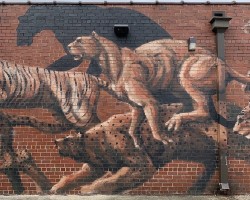 The Panthers aren’t the only feline predators in Charlotte. Lions, tigers, and cheetahs have been known to roam around Charlotte’s Westside and if you want to go on a quick safari head over to Bryant Street. There you’ll find a stampede of colossal k… read more » 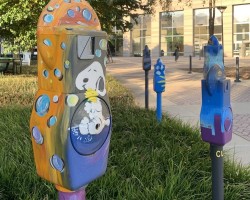 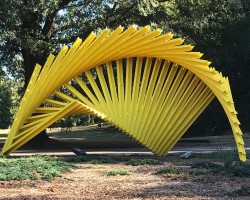 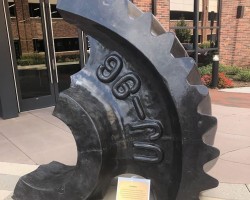 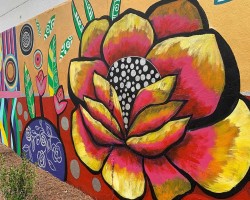 EASTSIDE PRIDE! Charlotte’s eastside is a strong, proud community with a vibrant collection of cultures and people, and this fresh mural puts that pride on full display. Painted by the uber-talented “artivist,” Rosalia Torres-Weiner. She is known for… read more » 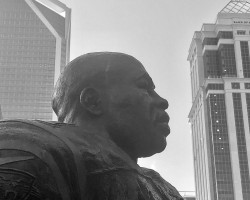 Sam Mills may have passed away in 2005, but his example and legacy continue to stand taller than any building here in Charlotte. As a linebacker for the Carolina Panthers, Mills excited everyone watching from the stands. But, it was his courage and p… read more » 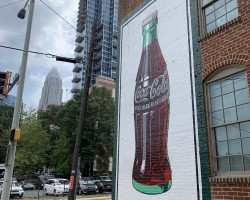 It’s exciting to see murals popping up all over the Queen City, but some have been around for a long time — like this Coca-Cola painted ad that’s graced this building at 6th and N. Graham Street for decades. If you’re running the Around the Crown 10… read more » 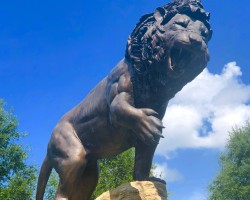 A ginormous lion has been prowling South Park since 2007 … and his name is “Rex.” The good news is he can’t move, probably because weighs around seven tons. According to Queens Univerity, Rex, who was sculpted by Jon Hair of Cornelius, reigns as th… read more » 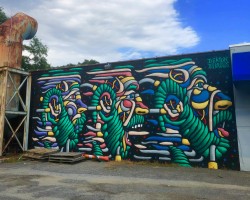 Once upon a time, getting lost (or just wandering around) in Charlotte wasn’t that much fun. These days, thanks to the unstoppable work of gifted muralists, there’s a visual treasure to find around almost every corner — like this mural from Denton B… read more » 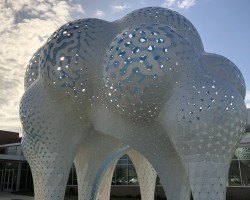 The Pillar of Dreams

Standing there like it grew out of the earth in front of the new Mecklenburg County Social Services building off Freedom Drive, you’ll find the “Pillars of Dreams” by artist Marc Fornes. Installed earlier this year, this is Fornes’ second sculpture i… read more » 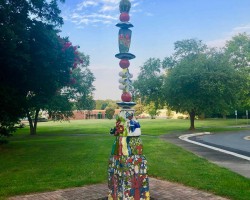 WHERE ARE WE IN CLT? The “Sedgefield Totem” cheerfully greets guests to the Sedgefield Campus of Dilowrth Elementary on Hartford Avenue. It was created by artist Paula Smith and erected in 2016 as part of the “Neighborhoods in Creative pARTnership” i… read more » 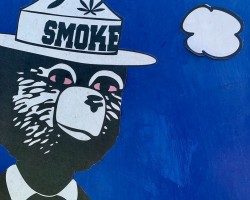 At the SE corner of Matheson Ave. and N. Tryon St. (not far from NoDa Brewing), there’s an abandoned lot that used to be a gas station. On a large blue pole, Smokey Contraband has put up a kick ass installation of Smokey holding, let’s just say, a fi… read more » 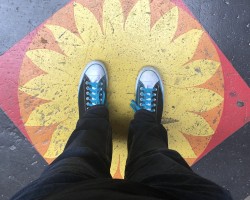 Standing on the Sun

Where are we in CLT? we’ll give you a hint … it’s a stone’s throw from a Not Just Coffee-Atherton. This Queen City exploration is powered by OrthoCarolina. 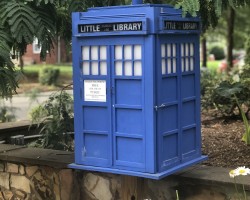 Where are we in CLT? Well, perhaps we should add, WHEN are we in CLT, too? We love finding small, community library boxes all over the Queen City, but this loving tribute to Doctor Who’s TARDIS just warms our nerdy souls. If you’re visiting Rhino Mar… read more »