Tempted to Touch: A Creative’s Push for PDA During a Pandemic

As countries across the globe roll back COVID-19 restrictions, people are re-entering offices, schools and other spaces — some boldly, others somewhat timidly.

After over a year of maintaining our distance (aside from the occasional masked and awkward side hug), we are beginning to interact with each other as we once did, pre-pandemic.

For one Charlotte creative, social distancing served as the backdrop of an investigation into the good a little groping — with permission! — can do. (If we learned anything from the #MeToo movement, it’s that unwelcome groping is always inappropriate.) 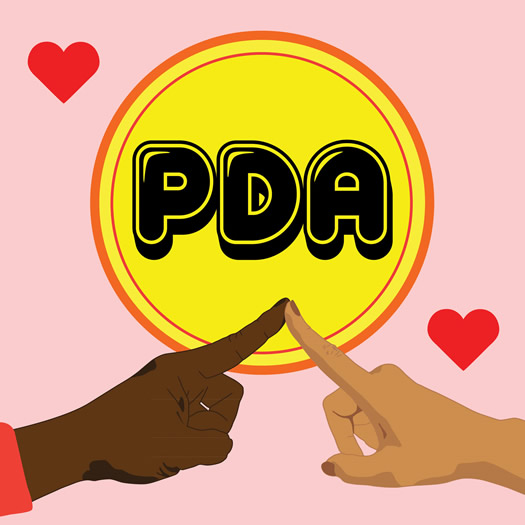 “When I began this project in February 2020, I didn’t realize that we would be living in a world of social distancing where staying safe meant not touching,” Gonzales shared on his Instagram account.

As the artist began to conceptualize the project, he envisioned it as an opportunity for lovers, friends and even strangers to publicly display how they show affection toward one another. Gonzales set up a bench at Crown Station in NoDa and invited passersby to take a seat and share the love.

An avid traveler, Gonzales noticed a stark difference in the United States where it’s more common to hear “Get a room!” than it is to see a couple lip locked and oblivious in the middle of the street.

For someone growing up within the Latin American culture, this lack of public intimacy seemed very odd to Gonzales. PDA, and its Crown Station beta test, served as a stateside exploration of physical contact as an art form worthy of engagement — an art form that is simultaneously inclusive and exclusive.

During the first iteration of the project, Gonzales and his creative collaborators passed out PDA pamphlets that included information on the benefits of physical touch. It turns out that just 10 to 15 minutes of human contact per day can help decrease stress levels, lower blood pressure and boost immunity.

That’s right, during a moment when the world was panic stricken and running indoors, we were also missing out on key health benefits only received by being in close relation to one another.

Recently, Gonzales announced the next iteration of the PDA project. He will continue to explore touch in public by activating new spaces with fresh visual concepts. 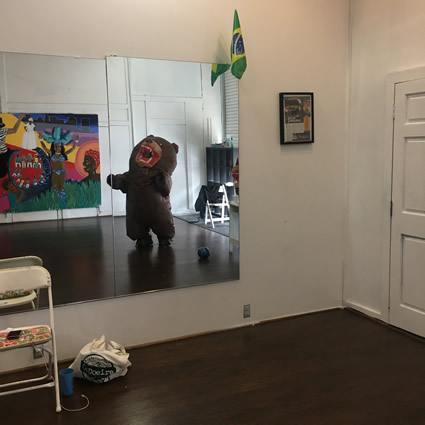 As Latinx dances such as the samba and tango can often be very sensual — an intimate form of artistic expression — Gonzales’ next phase of creation will involve partnered dancers dressed in full bodysuits that disguise the participant’s age, race and gender.

“Growing up, I learned to dance in my home with my mother, aunts and grandmothers,” he said.

“To hold the hand of a friend, relative or stranger and dance through a crowd is normal to me. The dances I grew up with provide an unspoken language that is felt between two people and can sometimes even be seen by those observing.”

As a teaser, two dancers in inflatable bear suits performed in Charlotte’s South End in a performance called “Messy Systems” where both the costumes and the choreography were intended to display how isolated we’ve become.

Gonzales is also hoping to debut an even greater performative installation at Charlotte SHOUT!, the city’s creative wonderland festival, making its highly anticipated return this fall.

Get a Little Closer to Julio Gonzales