‘The best show in North Carolina’

After a two-year hiatus, the Potters Market at the Mint returns. Be ready. 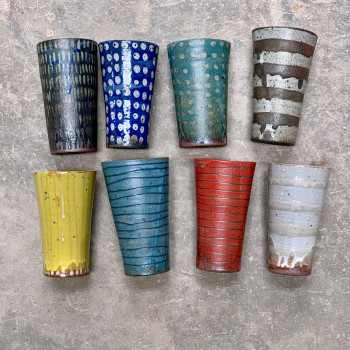 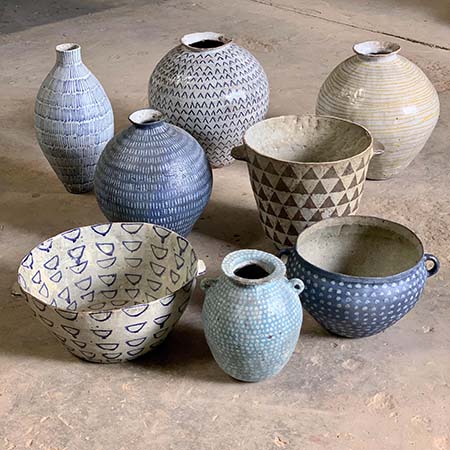 A few times a year, Weiss announces that she’s selling some of her pots, mugs, trays and other hand-built and wheel-thrown ceramics. It’s big news. She’ll choose the day and time for her online sale. And her followers know: We have to be ready.

Less than 10 minutes after sales have opened, all the inventory will be gone.

Because each item is listed separately, the lucky ones get one mug or one plate. (The luckless masses walk away with nothing.) The interest level and the frenzied pace don’t usually allow anyone time to buy multiples. So, get ready …

After two years off, the Potters Market is back 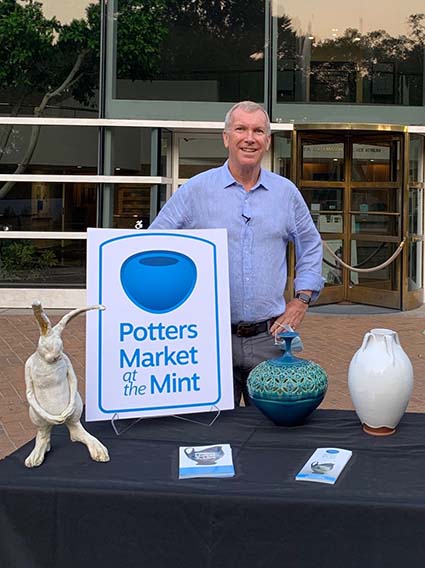 Weiss will be among nearly 60 potters at the Potters Market at the Mint on Saturday, Sept. 25. I’ll be among those with an early entry ticket ($45 vs. a $15 general admission ticket) that will allow entry to the tent – and access to Weiss’ booth! – at 9:15 a.m.

This being the 15th year the Mint’s Delhom Service League has staged the market – and the fact that COVID forced the cancellation of last year’s event (and the 2019 event didn’t happen, either) – there is pent-up interest.

“Many of these potters have been working since the spring months to build up their inventory,” he said. “Some are firing their kilns this weekend (Sept. 11-12) so they’ll be ready to bring their best and most recent work to this show.”

The Potters Market used to be an invitational event. But there were a number of potters who said they didn’t – and wouldn’t – do group shows.

“Some really influential people – like Daisy Wade Bridges – convinced many of them,” said Long. “I think a lot of them did it almost as a personal favor to her, and then everybody was just so overwhelmed at the response. Charlotte collectors proved they were knowledgeable, interested and would buy really nice work. And so very quickly, the show got a reputation for being the best show in North Carolina.”

“All the potters wanted in, and, in theory, we were supposed to be rotating potters out to allow new people to come in, but nobody ever wanted to rotate out.”

It’s sort of the same with attendance. Go once, and you’ll want to go again.

A year of firsts 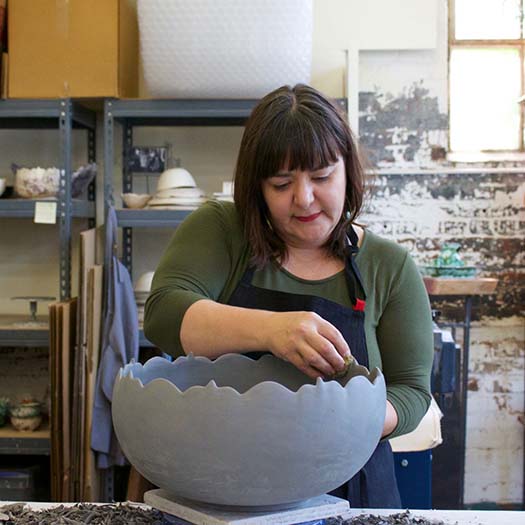 The Delhom Service League members used 2019 to reimagine the event as a juried show open to any potter in North Carolina. “That helps you have a much more diverse and inclusive show,” Long said. “You can put out a broad call for applications and [attract] new potters that maybe you would have overlooked.”

Roughly 40% of the potters at this year’s show will be here for the first time. Weiss is one of them.

“I think it’s going to be really exciting for the people that have come year after year, because they’re going to see a lot of new, fresh voices and some potters they might not have known about,” Long said. 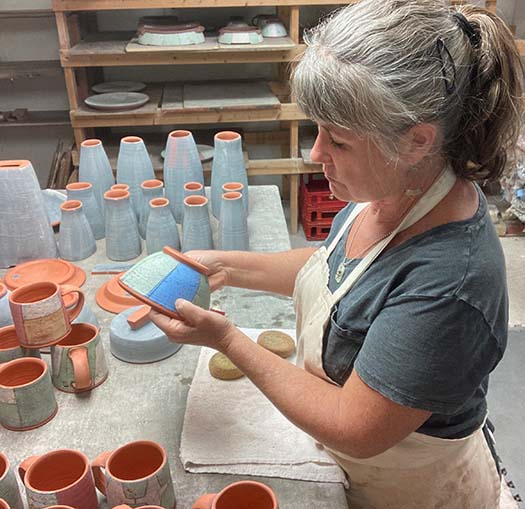 “The Delhom League wanted … a way to recognize the excellence of the work shown at Potters Market in a meaningful and lasting way,” Long continued. “We have created three new awards.”

Superstar ceramicist Michael Sherrill – who’s had solo exhibitions at the Mint and elsewhere – is among judges.

“We think that’s going to be a really important award for someone to have on their resume,” Long said. “More important than the $1,000 is the fact that Michael Sherrill is one of the people selecting.”

All the big names 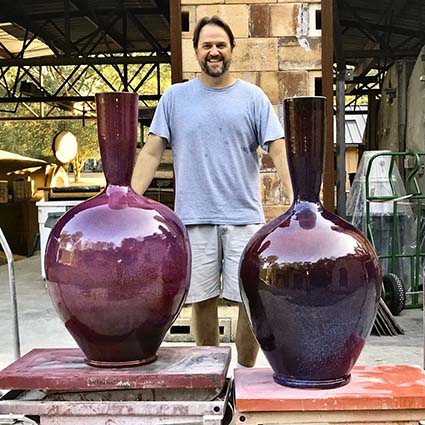 Ben Owen III is a sixth-generation Seagrove, N.C. potter with an international reputation. His work is in the Smithsonian Museum of Art, and his commissions grace the lobby of the Ritz Carlton Tokyo Hotel and The Umstead Hotel and Spa in Cary, N.C. Singer/songwriter James Taylor has a Ben Owen III in his collection.

“You’d be hard-pressed to find [a North Carolina potter] better known or more beloved than Ben Owen III,” Long said. “Among the general public – people with a casual interest in pottery – almost everybody knows about him. He’s a crowd favorite.”

“Once you start getting into pottery collectors, there are a number of other people equally well-regarded. Studio Touya (Hitomi and Takuro Shibata, the director of ceramics for STARworks) is one; Ibrahim Said from Greensboro is another.”

“Julie Wiggins is really well known here in Charlotte, and Amy Sanders is, as well,” he said. “I could go on for hours about all the potters.”

A complete list of participating potters and images of their work is here.

Long cautions first-timers to take note of the prices for fine ceramics.

“We ask potters to try to have a wide range of price points,” he said. “You’re going to see plenty of $35 mugs. But you’re probably not going to see a $10 mug. There will be a lot in the $35 to $55 range, particularly among some of the newer, less-established potters.” 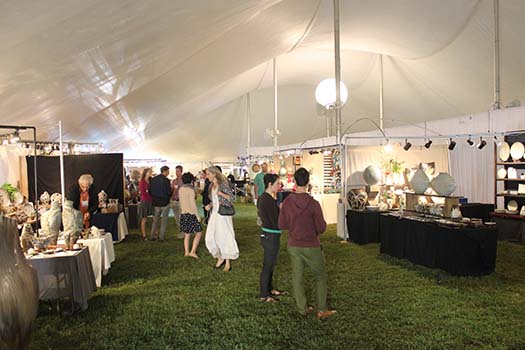 “When you get into some others that have a more intricate process or more carving or decoration, you’ll see price points go up. You can easily get into several hundred dollars and some pieces in excess of $1,500.”

Studio Touya is one with pieces that may go that high.

Long said it’s easy to slip into pottery collecting: “There’s nothing that compares to holding a piece in your hand while the maker tells you how it was made. Those kinds of experiences really add to your appreciation of the work, and I think that’s a key part of this show.”

Original art made by skilled artists isn’t cheap. But pottery, Long said, is a good way to own original art without breaking the bank.

“You can go to an art opening and not be able to do much with a couple of hundred dollars,” he said. “But you could walk away with three or four really nice pieces of pottery for that amount. So, it becomes a really nice entry point for being an art collector.”

And if you get one of Melissa Weiss’ (or Ben Owen’s or Studio Touya’s or any number of others’) pieces, you may be hooked. Just know that scoring one – just one – is a good day’s work.

Smokin’ hot pots. General admission tickets are $15 and are good for Sept. 25 from 10 a.m. to 4 p.m. For $45, you can gain admission to the potters’ tent at 9:15 a.m. and beat the crowd. Museum admission is free on Sept. 25 with a ticket to the Potters Market. The event takes place on the lawn of the Mint Museum Randolph. Learn more and buy tickets here: Potters Market at the Mint. 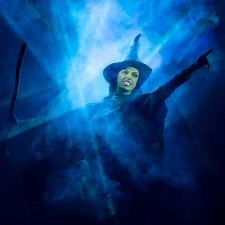 WICKED’s Rules of the Road 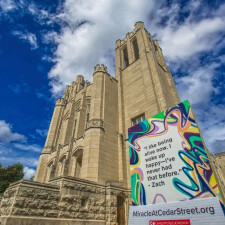 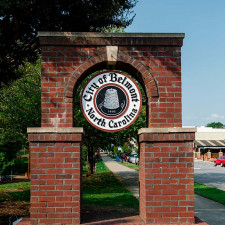 The Bricks of Belmont Pave the Way for Creative Adventures