Yep. I posted that effusive statement on our Instagram feedback in May when a restored Park Road Shopping Center sign once again crowned Michael’s and welcomed guests back to one of Charlotte’s oldest surviving shopping destinations.

Why such a strong reaction? Perhaps it was the comforting sight of something familiar returning to a world scrambled by COVID-19. Maybe a touch of nostalgia. Maybe an appreciation for a beautifully designed, classic sign. Maybe it’s that, as Charlotte continues to change every day, the sign had been a constant for me since I moved here in the late 80s. Maybe it was joy at seeing a vintage Charlotte icon being restored rather than replaced. Who knows? It was probably a hodgepodge of all of the above. No matter how you slice it, I was just incredibly happy to see it. I don’t think I was alone.

Though it’s been back up for several months, now, I’ve remained curious about the people who restored it and the story behind the sign. So, I yanked on a few strings (or sent a few emails) and I get to share that story with you. 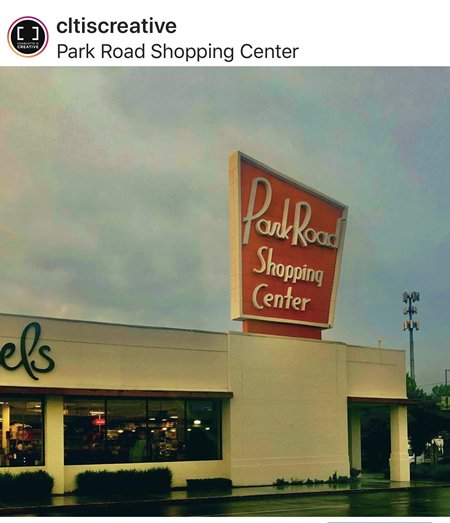 When Park Road Shopping Center opened in the Dilworth community in 1956, its open-air configuration was unique. It made a splash not only with its footprint, but with its aesthetic and design, as well. That design aesthetic is embodied in the sign. As time marched on and changes came to the center and to the community around it, the sign stood above it all for 64 years … until last November.

In late 2019, EDENS, the company that now owns Park Road Shopping Center, partnered with Fort-Mill firm Modulex to remove the sign and restore it. While the face of the sign is concrete and steel, it’s inner supporting structure was made of wood. Over time, water leaking into the sign was breaking the wood down and endangering its integrity. Modulex was tasked with disassembling the sign, strengthening it and restoring it with environmentally-friendly methods.

That was no mean task, says John Elvington of Modulex.

“There were over 500 parts to this sign that had to be individually cataloged so when we re-assembled this sign, we put each piece back exactly where it was installed originally,” said Elvington. “Being able to touch a sign where most elements were originally manufactured back in the 1950s was great. Seeing and understanding how they made such items without the equipment we have today is incredible.”

As they took the sign apart, the Modulex team found a few surprises. One was whimsical (they found a vintage Pepsi bottle left behind inside the sign), others posed a greater challenge. 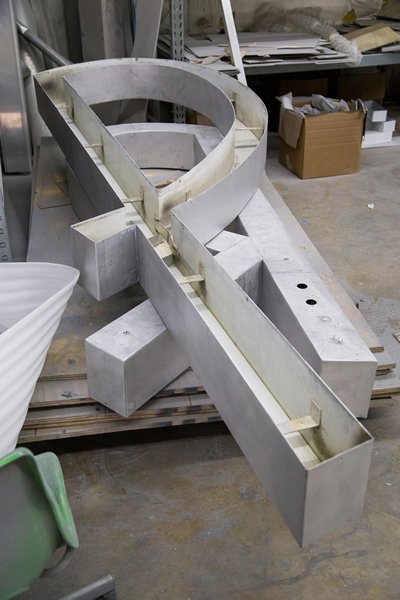 One of the “P’s” in “Shopping” under restoration CREDIT: Modulex

“As the pieces were cleaned, sandblasted then being refinished, my entire team was impressed with how well the elements held up – all the panels are made of steel. The surprising part is they filled the back of these panels with concrete so after getting everything tested for asbestos, we decided to break out the concrete that was poured behind each panel as there was no need to have that remain,” said Elvington.

As they worked, the team gained a deeper appreciation for how the sign was constructed without the use of the modern tools and practices Modulex uses to construct new signs and architectural monuments.

It took five months to restore the sign (and a few more to reinstall it), but Elvington believes it was worth it.

“Longer than we planned honestly, but the extra steps we took … I think was best for all.” 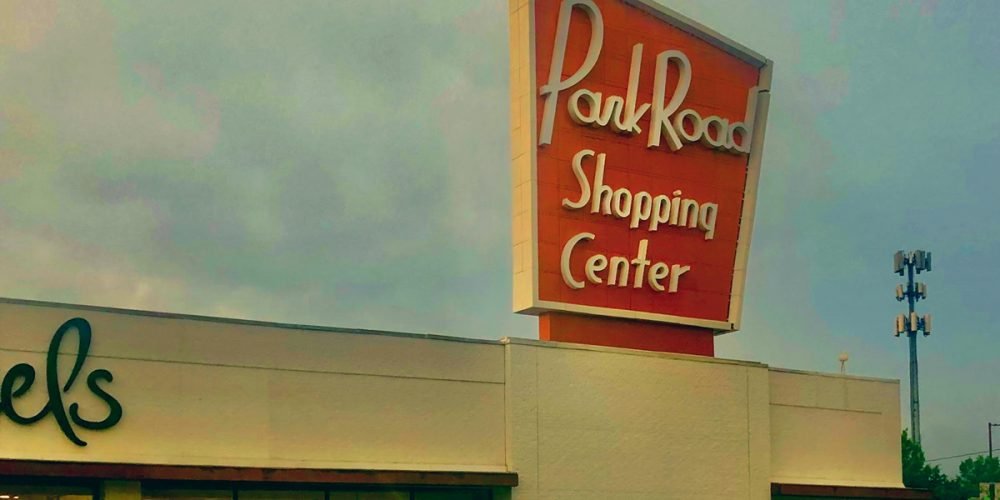 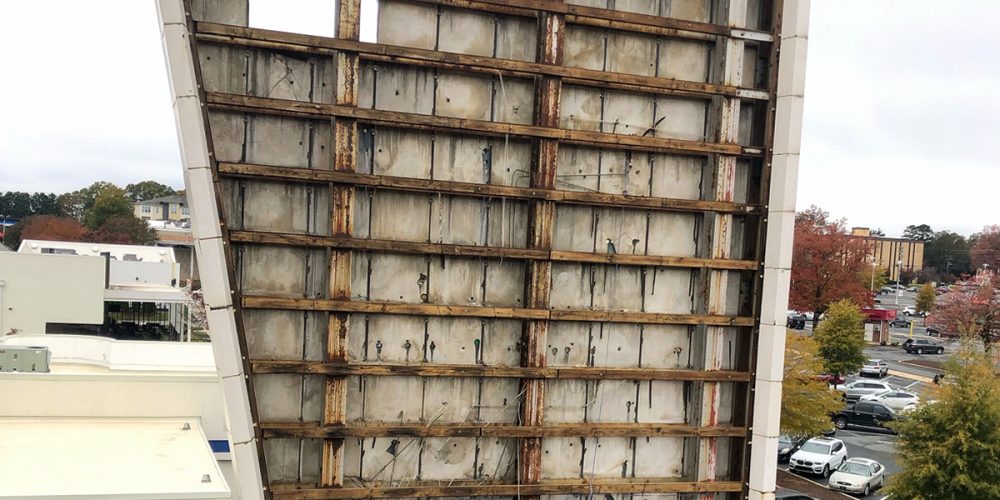 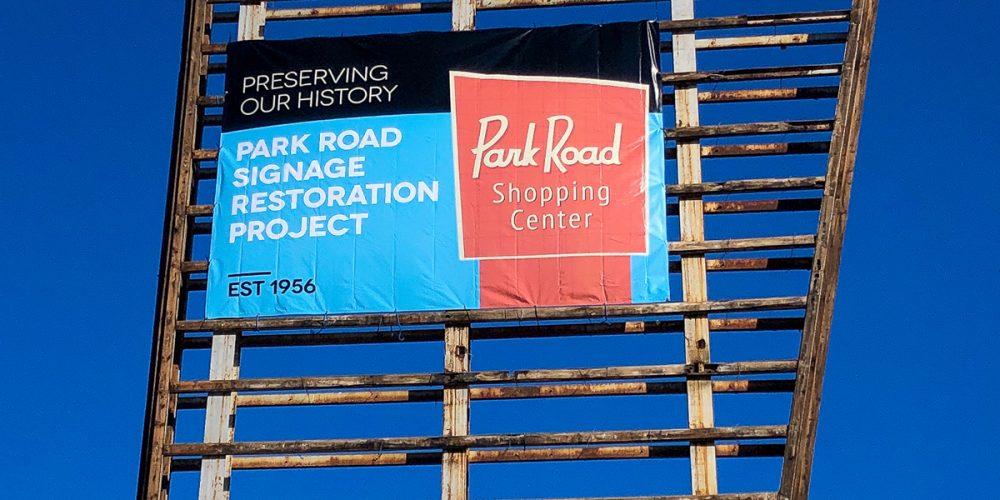 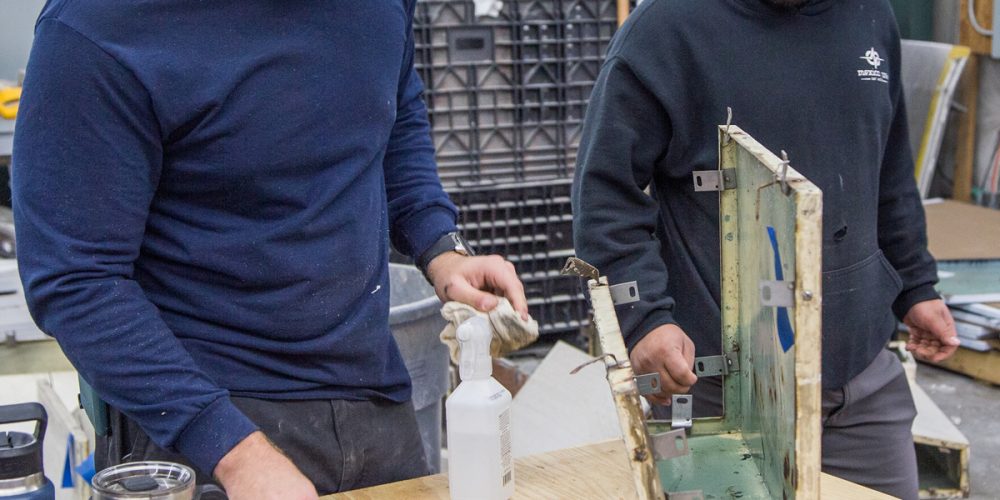 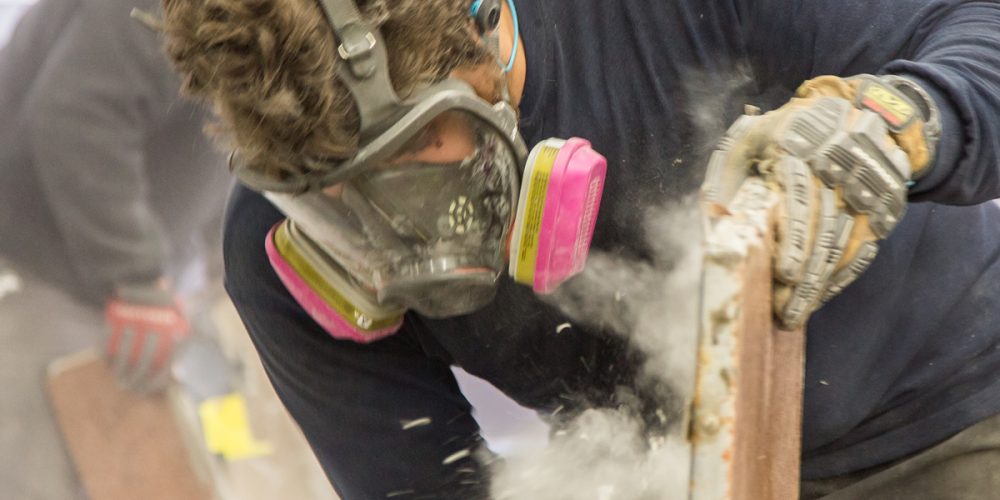 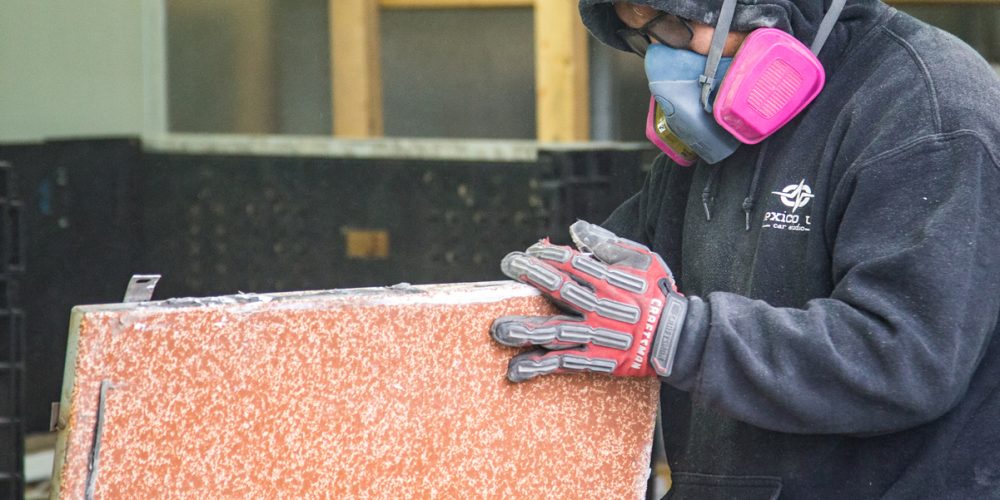 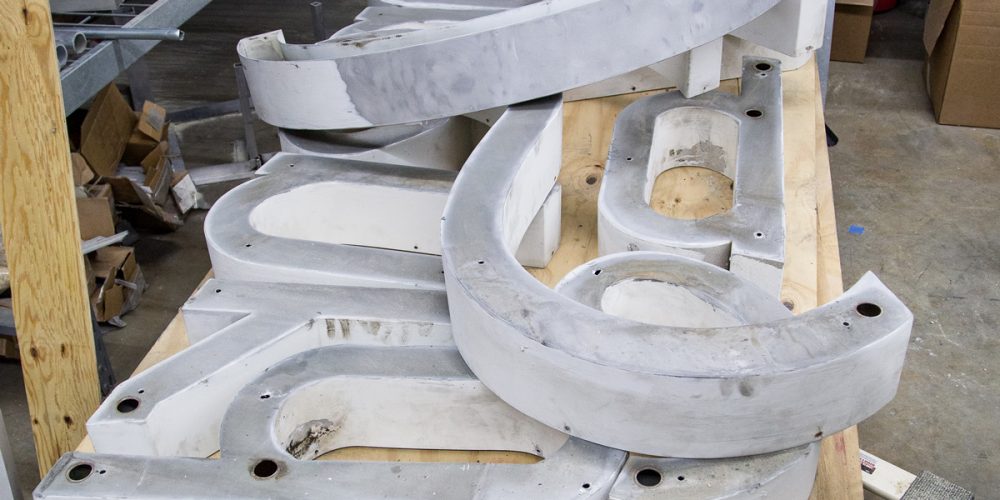 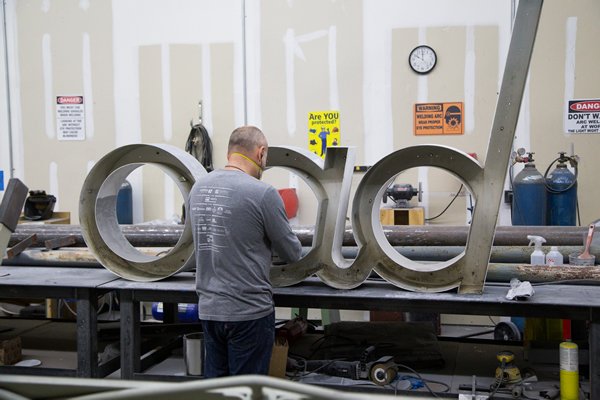