The Broadway Smash Returns to Charlotte for a Five-Week Engagement

“I first heard Sara Bareilles in a concert at Booth Playhouse shortly after producer Barry Weissler told me he was going to give her a shot at writing the score for Waitress. I knew the team Barry was assembling would create something wonderful.” – Tom Gabbard, CEO of Blumenthal Performing Arts

When the hit Broadway musical Waitress returns to the Queen City for a rare five-week run at Booth Playhouse (April 19-May 22), it’ll be a homecoming of sorts. Tickets are on sale now.

Based on the 2007 motion picture written by Adrienne Shelly and featuring music and lyrics by Grammy winner Sara Bareilles, Waitress debuted on Broadway in 2016. Success quickly followed. 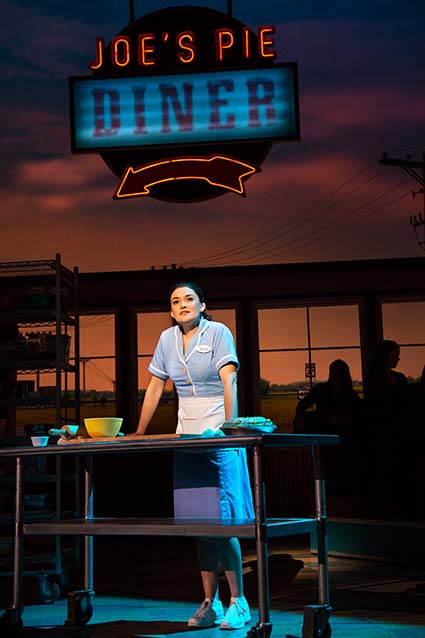 Waitress recouped its initial investment in less than 10 months. It was nominated for four Tony awards and it has become one of the longest-running shows in modern Broadway– more than 1,500 performances in The Brooks Atkinson Theatre. It’s become a beloved musical.

But, before all of that, Waitress needed champions. Tom Gabbard, CEO of Blumenthal Performing Arts, was among them.

AN EYE FOR POTENTIAL

Waitress tells the story of Jenna, a pie-making prodigy and waitress who sees a baking contest in a nearby county as a way out of her small-town life and a marriage on the rocks. The contest unlocks Jenna’s long-forgotten dreams and an unexpected romance. It’s a story of friendship, courage and the love only a well-baked pie can express.

The story is compelling enough, but when Gabbard learned of the creative team behind  Waitress, he smelled a hit and wanted Blumenthal Performing Arts to be part of bringing it to life.

“We are eager to support new work, particularly when we see a path for that show to make its way to Charlotte,” said Gabbard. “I first heard Sara Bareilles in a concert at Booth Playhouse shortly after producer Barry Weissler told me he was going to give her a shot at writing the score for Waitress, I knew the team Barry was assembling would create something wonderful.”

A CHANCE TO BE PART OF HISTORY

For Gabbard, investing in Waitress was the beginning of something special that would resonate through his life – and a future hit for the Blumenthal and for Charlotte.

“I was at the pre-Broadway opening in Boston, as well as New York and London,” he said. “Now we’re in the Booth Playhouse where I first heard Sara’s music and made the decision to join the Waitress family. It’s been a sweet and wonderful journey.”

When the musical opens on April 19, Waitress will have another Charlotte connection when it opens. The role of Lulu, Jenna’s daughter, will be played by two four-year-old actresses from the Charlotte area. They were selected to be part of the production through a local audition process in March. 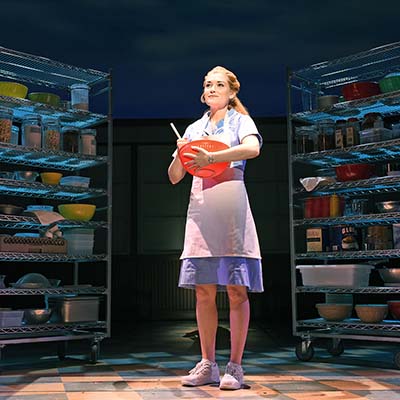 While Gabbard is proud of the investment in Waitress, he’s not stopping there. He sees fostering local and national productions and talent as a large part of his role and responsibility – and that of the Blumenthal and the Charlotte community.

From championing slam poetry and events like 2021’s We Are Hip Hop to lending support to developing New York-based productions in development, Gabbard wants to do his part to make sure that strong productions are poised for success in order to enchant audiences for generations to come.

“This season alone we have put money into 11 different Broadway or off-Broadway shows,” said Gabbard. “It’s part of why I’m confident about the pipeline of great new shows coming to Charlotte in years to come.”

GET YOUR SLICE OF THE PIE (AHEM! TICKETS)

Tickets to Waitress are available now at BlumenthalArts.org

Waitress is produced on Broadway by Barry and Fran Weissler and Norton and Elayne Herrick.

This story was sponsored by Blumenthal Performing Arts. A portion of funds generated through it will fuel the HUG Micro-Grant Program.