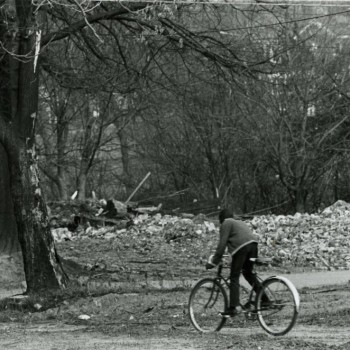 Editor’s note: After plans for new development displaced 120 entrepreneurs from a North End business center, we at The Biscuit decided to put the issue in a proper historic context. We spoke with Dr. Willie Griffin of Levine Museum of the New South to understand how and why this happens in Charlotte. For the next three weeks, you’ll hear snippets of our conversation on The Biscuit podcast. Listen to the first installment now. 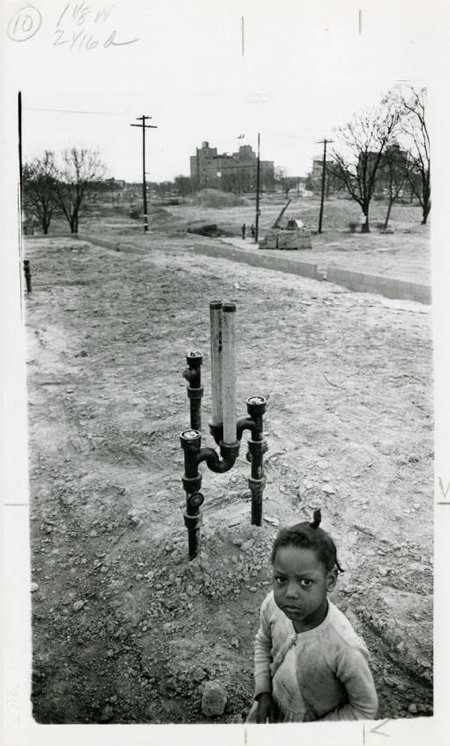 When 120 mostly black business owners were forced to leave their North End home in April to make room for new development, one of those entrepreneurs said the situation was the byproduct of “commercial gentrification.”

To understand more about how entrepreneurs and creatives are affected by displacement of their business space, we need to dig into Charlotte history for context.

No matter what you call it, Charlotte’s habit of displacing residents and businesses for the sake of redevelopment is just a modern-day take on urban renewal, says Dr. Willie Griffin, staff historian at Levine Museum of the New South.

Griffin, who grew up in west Charlotte’s Lincoln Heights neighborhood, said “gentrification” is a buzzword describing the effects of the same phenomenon that razed the city’s black neighborhoods decades ago and shows no signs of slowing down today.

“I don’t think it’s going away,” he said. “When urban renewal took effect, it was mostly led by those people who saw opportunity and had the cash flow to play a part in it. This is the way that society is going to continue to develop.”

Starting in the late 1940s and lasting well into the seventies, urban renewal was a federally-sponsored program that targeted neighborhoods in decline for redevelopment. It incentivized cities and towns to clear out inner city slums and invest in affordable housing and infrastructure, often with devastating consequences.

As dilapidated buildings and abandoned storefronts were removed from neighborhoods in disrepair, so were the people who lived there. Families were scattered. Homes were destroyed. Businesses were bulldozed.

Taking their place were upscale homes and higher-priced amenities that attracted affluent homebuyers new to the neighborhood. As the cost of living increased, residents who lived there originally were forced to move. 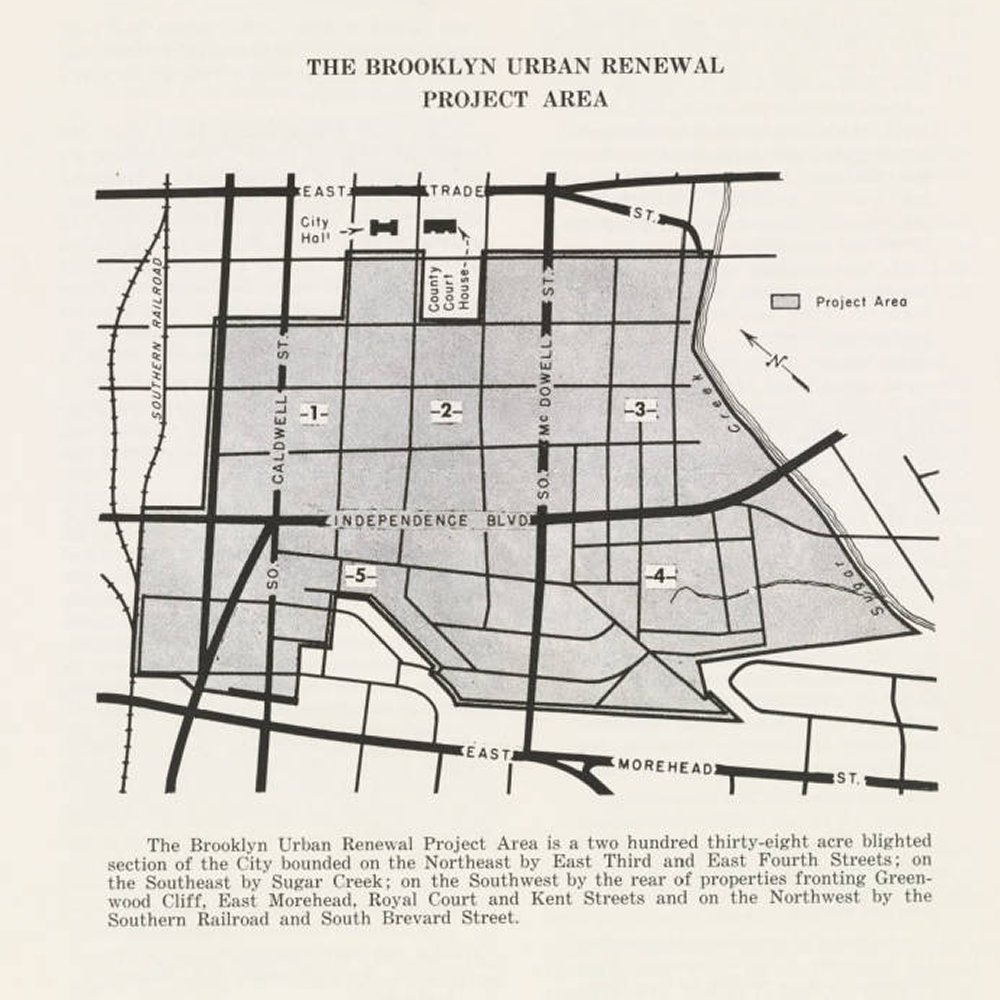 It’s still happening today, whether you call it gentrification or something else, Griffin said.

Case in point: Brooklyn Village, Charlotte’s largest black neighborhood. Despite its proximity to Uptown, the area was mostly untouched by redevelopment until the sixties thanks to demand for cheap labor.

Back then, Uptown was an industrial center brimming with bricking, laundry and cleaning companies. Things changed as the city started to modernize. Cheap labor was unnecessary. Land black people lived on was earmarked for “skyscrapers and shiny new buildings,” Griffin said. Brooklyn Village was demolished. Today, the area once known as Brooklyn is home to the government district and Marshall Park.

“There were hundreds of black business owners…a lot of black renters and a lot of black homeowners,” Griffin said. “Many of the African Americans who left would go to areas of the city that…had not (experienced) any real development.”

While churches and funeral homes survived, many other businesses struggled to get off the ground in new places.

“How would you go and start a new corner store? How would you go out and start a movie theater if you don’t have access to a large population of people who are going to frequent that?” Griffin said. “You lost black schools. You lost a number of clubs and fraternal orders and sororities; those kinds of meeting places were gone. Restaurants were gone.” 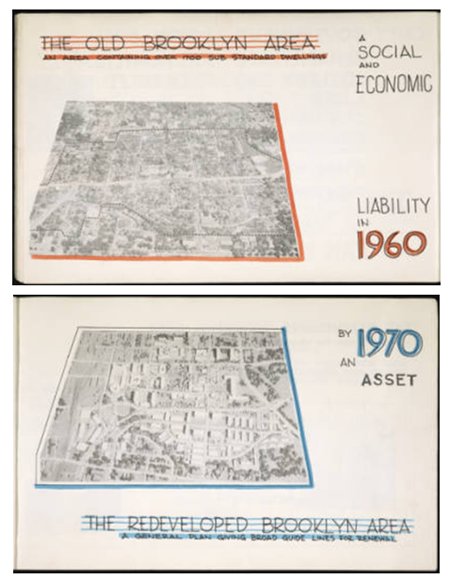 Fast forward to today, and historically black neighborhoods like Cherry and Brookhill are on the docket for redevelopment. City North Business Center, where the 120 business owners were forced to vacate, is in Lockwood, a former mill village near uptown and NoDa that’s undergoing rampant redevelopment as part of the city’s ambitious plans for the North End Smart District. That sprawling business complex, at 1801 N. Tryon St., will become General Assembly, a mixed-use office/retail space for large office tenants.

“When you lose that close-knit network of patrons, then you’re scattered and forced to go throughout the city, it’s going to be hard to maintain that same level of business once you leave and disperse,” Griffin said.

And while new development can benefit a city and its residents, it also has the potential to harm the people who once called it home. Neighbors lose access to area jobs and schools. Transportation becomes sparse. Businesses close their doors. Communities fade away.

“People are affected in a lot of ways we just don’t think about,” Griffin said.

Hear more of our conversation with Dr. Willie Griffin about how gentrification and urban renewal intersect in Charlotte on The Biscuit podcast. Read another installment of this series in the July 10 batch of The Biscuit.

Get another scoop of history with Dr. Willie Griffin: IG | WEB 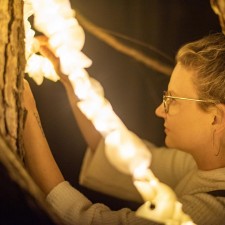 USNWC Turns the “Lights” Back On 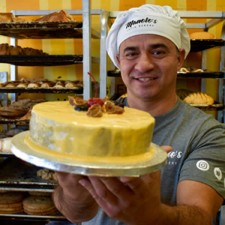 Come for the Murals, Stay for the Moonshine (Fruitcake) at Manolo’s 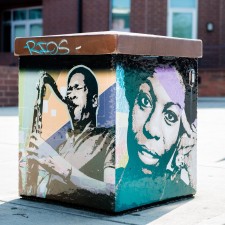 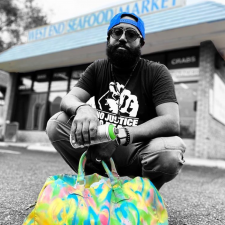 Hugs and Bolts – 11 HUGS Given in October