At any table where there is talk of government-sponsored housing displacement over dinner, you might also be served side dishes of side-eye glances, under-the-table kicks and quieting coughs.

Rarely would you find yourself in the middle of such a discussion amidst a jubilee of dance, theater and interactive art installations. And yet, that is the experience Kat Martin and her production company, Mixed Metaphors, intend to dish out.

FixaPlate is one part full-length play, one part exhibition and two parts community discussion among on-stage actors, featured artists, community partners and the audience. The story follows the family of Aunt Millie as she packs up the house she’s lived in for decades, since she has been priced out of the neighborhood due to gentrification. As the family packs away Millie’s belongings and goes through her recipe box, memories come flooding back . 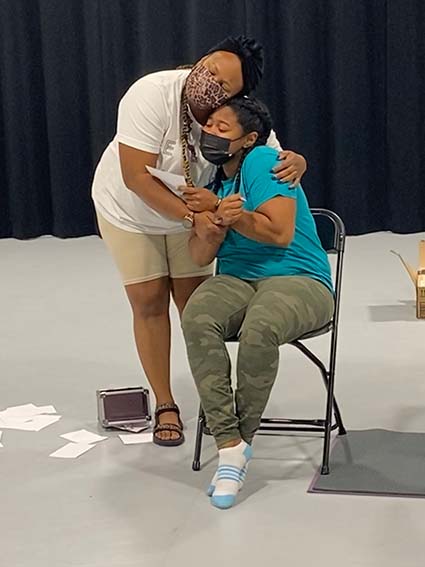 Although the association of food with a multimedia theater project by the name of FixaPlate may be obvious, Martin and the Mixed Metaphors crew have been incorporating the breaking of bread into a number of programs for the past year or so.

At the height of the pandemic, the organization began to host virtual community potlucks and kickbacks featuring recipes shared by Charlotteans from every corner of the city. From biscuits to greens, the recipes have been a reflection of more than just trendy South End chefs, but from members of the most displaced communities as well.

As a Charlotte “unicorn” — a native to the city’s Eastside — Martin is familiar with many an Aunt Millie, as are most of the cast members and artists involved in the production. In fact, FixaPlate was a scriptless story until after auditions were held.

“The way we’re making work theatrically is [as] a devised piece, meaning we basically start from scratch … it’s a combination of pulling from the authentic stories of our team, and a little bit of information brought in from folks from West Boulevard,” said Martin.

A Tale of Two Cities 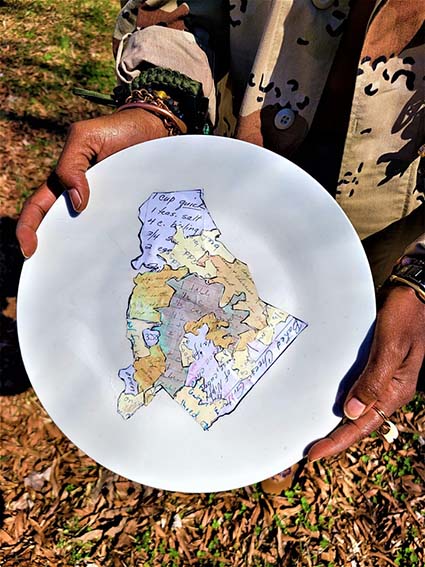 It’s no secret that Charlotte’s history is a tale of two cities; the haves of South Charlotte’s “Wedge,” and the have nots, from the city’s East-, West- and North-of-Uptown areas, known as “The Crescent.”

And while developers and affluent home buyers spread themselves throughout more of  Mecklenburg County, Aunt Millies, Uncle Vernons and the like, mainly from Charlotte’s Black, Brown and lower income families, are having to pack up in search of houses they can afford. 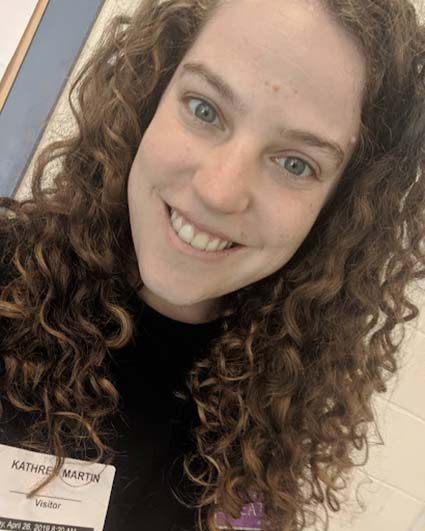 “A lot of the performers in the piece are people that you’ve seen on the stages of Charlotte in the background roles, but they’re also incredible performers,” said Martin. “Devising [in this way] also allows them to show that they’re a total artist. We don’t just have to interpret a script; we can create something.”

Martin is not only hopeful that theatergoers will continue the conversation about gentrification once the curtain closes, but that they will also support its community partners such as the West Boulevard Neighborhood Coalition, The Sarah Gambrell Center for Arts and Civic Engagement and The Grinning Mule, which will provide the closing dinner after each performance. 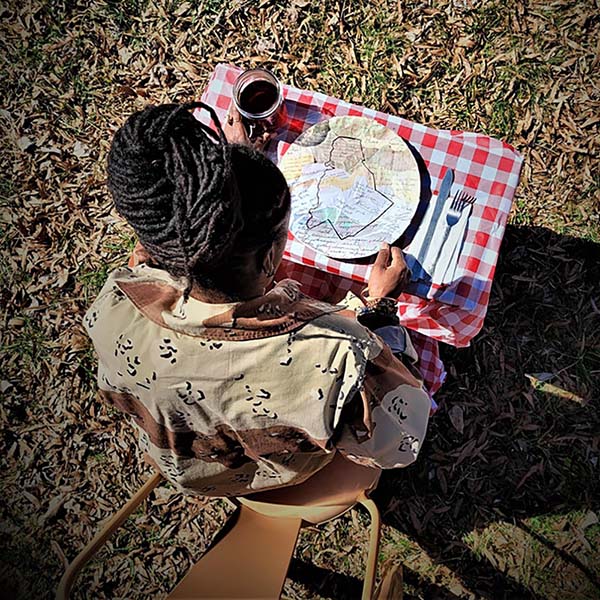 Attendees are encouraged to bring their own lawn chairs and blankets to safely spread themselves out over the grounds of The Three Sisters Farmers Market at 2901 Romare Bearden Dr. Upon arrival, guests will be given a bowl of beans to snap, and have their height marked at the door as they travel through Aunt Millie’s kitchen to take their seats before the play begins.

Throughout the show, the story will pause for the audience to engage in three different art installations. In this made-from-scratch story, we get to investigate a part of Charlotte’s history that often gets glossed over or renamed.

Get Your Plate … and Your Tickets

This immersive theater experience debuts Friday, Sept. 17 and runs nightly through Sept. 19. Tickets are currently available via Eventbrite and include dinner and dessert from the Grinning Mule. Here’s hoping you leave feeling full, and with a hunger to know and do more.