Upon reading that tomorrow – June 7 –  is National Donut Day, you probably reacted one of two ways:

1) Eye-rolling about yet another National Blah Blah Blah Day, or …

But, did you know the history behind the beloved Donut Day celebration? It goes way beyond getting a free treat at your favorite bakery. 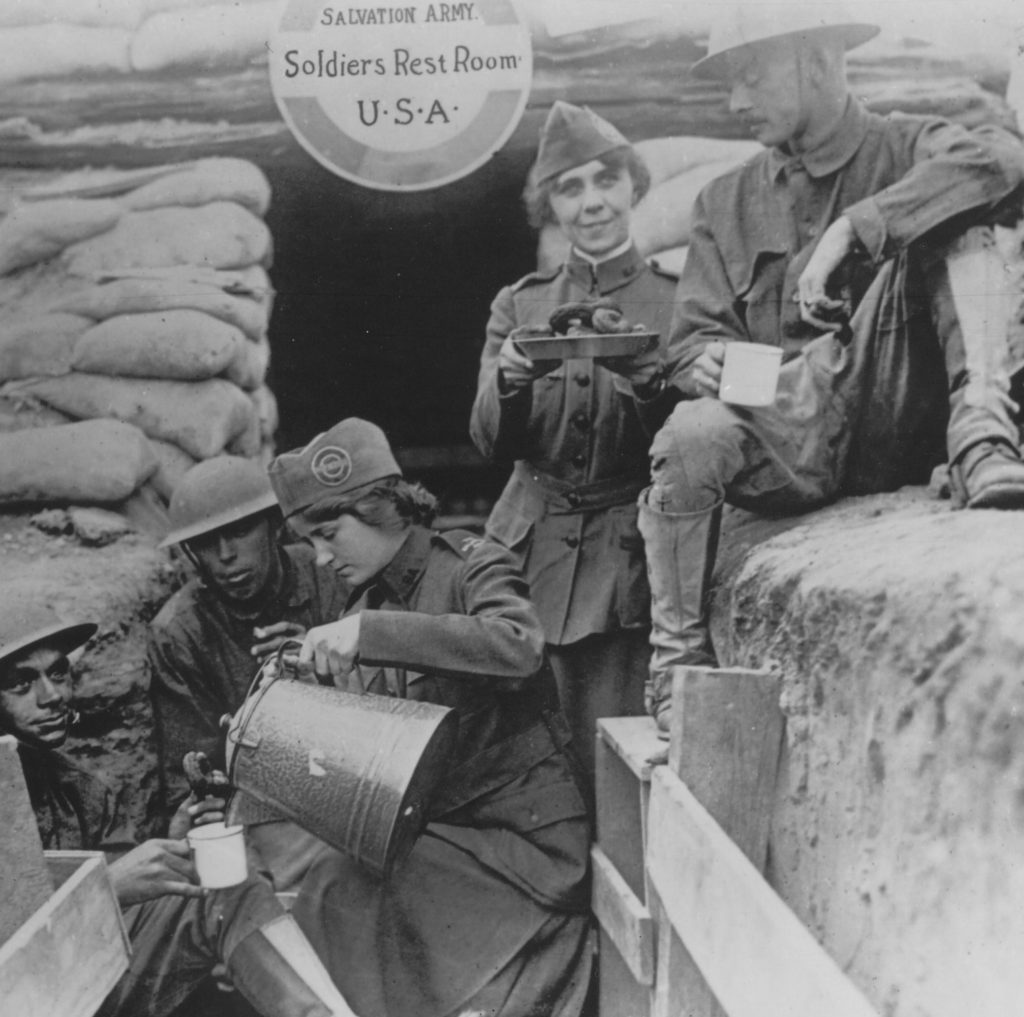 During World War I, Salvation Army volunteers, most of them women, set up small huts near the frontlines in France to provide physical, emotional and spiritual support to American troops. They gave out writing supplies and stamps, patched uniforms, served meals, prayed, and, yes, even made donuts for the soldiers. (Fun fact: Legend holds that when supplies were limited, they fried up donuts seven at a time in soldiers’ helmets!). They served up to 9,000 donuts every day.

The treats served as a respite from the rigors of war and a comforting reminder of home. Nicknamed “Donut Lassies,” the women were often credited with popularizing the donut in the United States when the troops (nicknamed “Doughboys”) returned home.

Fast forward to 1938. During the Great Depression in Chicago, The Salvation Army was looking for a way to raise funds to support the families struggling in the city during that time. Its leaders created the first National Donut Day, commemorating the “Donut Lassies” who fed the troops during the war. The donut became a symbol of The Salvation Army’s focus on serving others in times of crisis.

Today, The Salvation Army continues its mission to meet needs – whether they be physical, emotional, or spiritual – on the modern front lines of communities worldwide. In Charlotte, The Salvation Army has served since 1904, providing hope to those who need it most. It helps women, children and families experiencing homelessness at the Center of Hope, providing food, shelter and assistance with affordable housing and job training. At its area Boys & Girls Clubs, at-risk youth have a safe place during out-of-school time where they can learn and grow into caring, productive citizens. For more than 115 years in Charlotte, The Salvation Army has built its reputation on simply “being there.”

You may know of The Salvation Army by the iconic Red Kettle and Silver Bell at Christmas – and now, hopefully, the donut. This National Donut Day, let it be a symbol of the importance of just being there. Just as a donut is “comfort food,” we can all be a comfort to others we encounter on a daily basis – especially those who need a little pick-me-up.

Happy National Donut Day, and remember, life is sweeter when you reach out to support a neighbor in need.