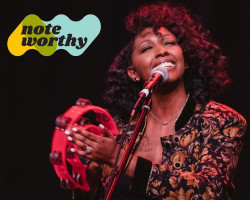 Donny and Marie (Osmond, for those unfamiliar with America’s favorite Mormon brother-and-sister act) introduced America to the concept of “A Little Bit Country, A Little Bit Rock ‘n’ Roll” in 1978. (If you don’t associate Donny Osmond with “rock’n’ro… read more » 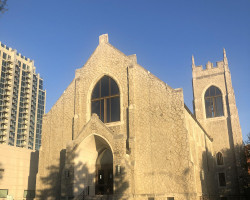 The work of being an artist is mostly solitary. But there are tangible benefits to having other artists nearby. A community is vital to the creative process. The McColl Center for Art + Innovation has provided that sense of community since opening in… read more » 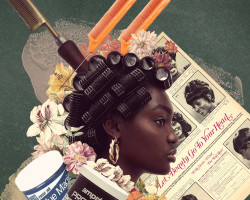 Carla Aaron-Lopez is an artist, a middle school teacher and a parent. She’s exceedingly busy on a regular day. Yet she chose to organize what she calls “the largest project I’ve taken on in my career” to celebrate what feels like the beginning of the… read more » 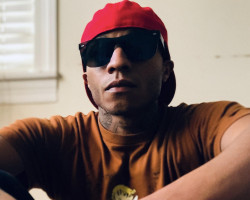 There’s a story behind why the artist formerly known as Scott Summers goes by OG Weirdo. It starts out sad, but keep reading. It’s ultimately empowering. A work-related accident in 2011 left him permanently light-sensitive. “Any type of bright lights… read more » 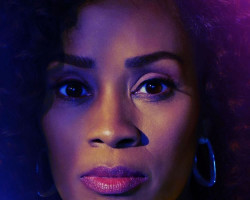 Delilah, a New Series on Oprah’s OWN Network, Was Filmed – And Set In – Charlotte

In TV and movies, Charlotte has stood in for Washington, D.C. and its Virginia suburbs (Homeland), Chicago (Leatherheads) and even a bleak, post-apocalyptic wasteland (The Hunger Games). But beginning next week, Charlotte will – finally – not be cast… read more » 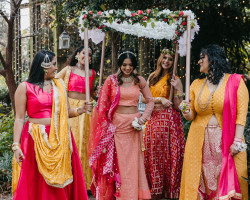 Mashal Fatima Valam is a floral jeweler. The material she works with isn’t as durable as gold or silver, but her pieces aren’t meant to last a lifetime, either. Part of their beauty (and their worth) is in their fleeting nature. Valam, who was born i… read more » 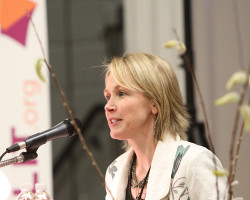 The Accidental Poet: Kathie Collins on the life-changing art of writing (and reading) poetry

I’m in awe of poets. I’m in awe of my friend, Kathie Collins, whose poetry chapbook, Jubilee, is one I reach for again and again. When I cannot find the words for how I feel, sooner or later it’ll occur to me that someone else has had this feeling be… read more » 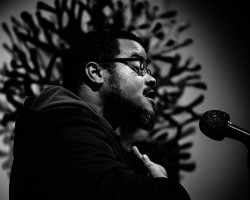 Jay Ward Explores ‘A Labyrinth of Secrets to Unlock’

If you think you don’t like poetry, Jay Ward – project manager by day and poet 24/7 – would like to have a word with you. Probably more than one word … and some of them will rhyme. “Depending on your first experience with poetry, it can feel intimida… read more » 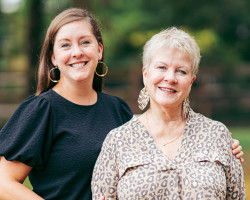 How Retailer blis is Weathering the Pandemic

We’re used to hearing about restaurants and retailers that started online or at pop-up locations and then made the leap to brick and mortar. blis did that in reverse. Like most retailers, blis started small. “We used to call the original store ‘littl… read more » 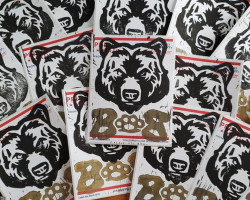 Brash Bear Bares Everything … But His Name

Paula Deen used to be everywhere. The Savannah restaurant she owns with her family, The Lady and Sons used to have a line that snaked out the door and around the block. She had cookbooks, TV shows, a whole Southern-fried culinary empire. That was bef… read more » 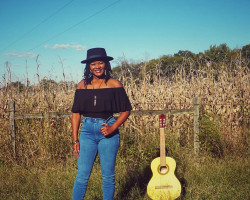 Charlotte Spoke to Poet Kia Flow. And, She Answered Back.

Poetry brought Kia Flow to the Queen City. The Jacksonville, Florida native started singing and performing as a kid at church and school. That led her to do a Slam Poetry show in Greenville, North Carolina. On that trip, Flow’s group stopped in Charl… read more » 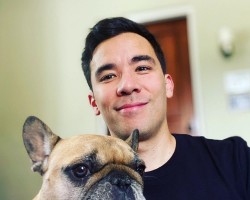 Conrad Ricamora has starred on a hit TV show, in a Lincoln Center revival of The King and I and in Here Lies Love, Fatboy Slim and The Talking Heads’ David Byrne’s “poperetta” musical – in which the audience takes part – that played at New York’s Pub… read more » 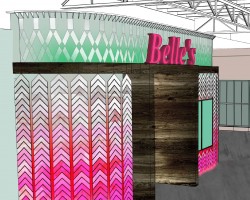 “Charlotte has a public plaza problem,” said Hasheem Halim, GM of creative workshop Saturn Atelier in Charlotte’s Derita neighborhood. “And Camp North End solves it, to an extent, with that main drag where dupp&swat and BLKMRKTCLT are. It’s great… read more » 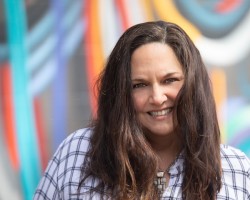 ‘How to Adapt to Your New Reality’

“Here I am – 50 years old and starting a restaurant, and then COVID happened. It’s kind of crazy.” – Christa Csoka of The Artisan’s Palate COVID-19 and the attendant economic fallout have pummeled restaurants, galleries and artists.  So, a hybrid res… read more » 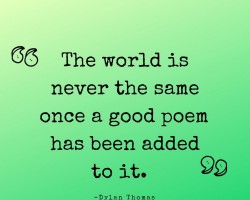 Poetry at Work Day: Three Charlotte Poets Share Ideas on How to Celebrate

Most offices could use a little more lyricism and a lot less “leveraging” and “going after the low-hanging fruit.” In fact, we shouldn’t limit sharing poetry – at work or elsewhere – to just one day. Poetry should be shared often – and especially in… read more » 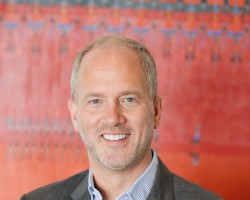 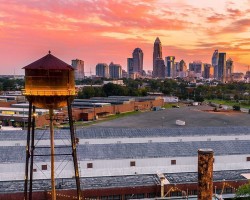 “From the beginning of Camp North End, we’ve been trying to … make it successful inside its boundaries, but also ensure it has a positive impact on the community.  And the Black Lives Matter movement this summer challenged us to up our game, to think… read more » 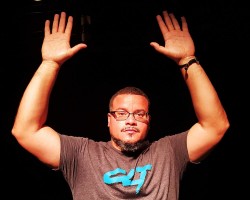 “Three Bone Theatre doesn’t shy away from uncomfortable topics or difficult conversations, and this piece will make some people uncomfortable,” Robin Tynes-Miller said. “And that’s important. It is about the trauma caused by police violence in the Bl… read more » 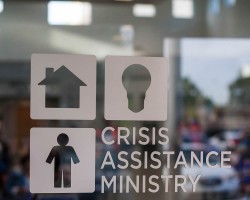 ‘No shame in asking for help’

25% of individuals requesting help from Crisis Assistance Ministry since COVID have been brand new to the agency, compared with 1% during the same time last year. Liana Humphrey, the nonprofit’s chief marketing officer, says they’re coming from areas… read more » 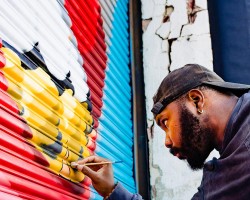 The writing’s on the wall

“We Are Hip Hop” is more than a mural. It’s an ongoing celebration of local hip-hop culture – a unique culture that helps elevate Charlotte. (“We don’t want to be a baby Atlanta,” Dammit Wesley said.)  Every letter tells a story.  The new Camp North… read more »