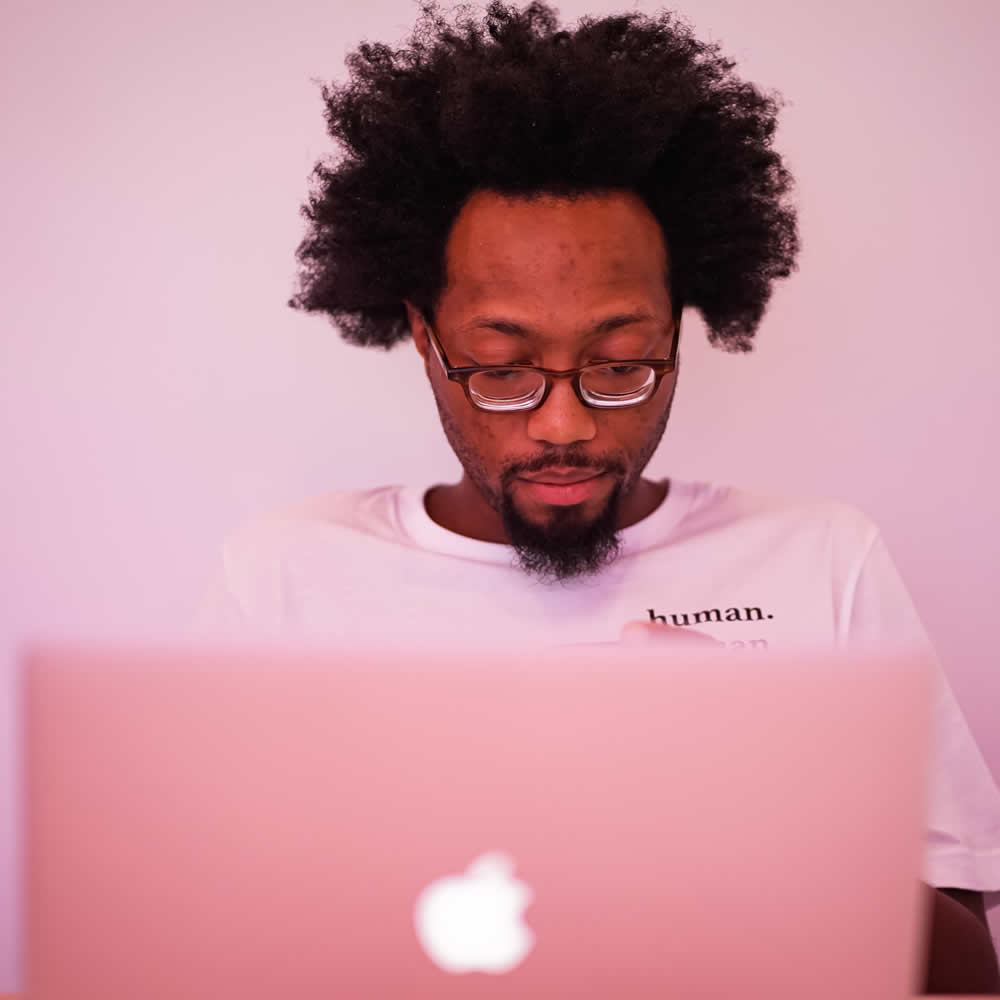 I’m not all that into sneakers. I have one pair of Adidas I grabbed off the shelves of Marshall’s that are perpetually covered in beer from my bartending shifts around the corner at Legion Brewing. I typically pass by Social Status on Central Avenue and look the other way in shame, knowing my shoe game will never be in the same league.

With eight stores nationwide, the Plaza-Midwood location is Social Status’ flagship shop. Community has been built when lines form as loyalists await the newest sneaker drop. Shoes are poised in clear plexiglass, displayed as a work of art in the form of footwear. This is a world I will never understand.

For someone like me, walking through the doors of their store (which prior to meeting with David Butler, I’d done once, maybe twice) can be intimidating, but welcoming. They know you may feel like don’t belong, but they don’t make you feel that way. Although their carefully curated space is geared towards fashion-forward folks, they have tweaked this storefront model and created something behind the scenes — beSOCIAL, a place for public gathering waiting inconspicuously behind a cool retail shop.

Building Non-Transactional Space Inside a Store

Tucked behind Social Status, with its wooden floors and clothing-lined walls, is a bright white room with community tables and individual tables, people typing away in some corners, laughing and drinking coffee in others. beSOCIAL is an innovative, free co-working space in Charlotte. It opened earlier this year and already has a bustling schedule of public events.

“We wanted this to be an extension of our store,” said Community Manager and Program Director David Butler. “This is the non-transactional portion.”

The goal of this space, Butler said, was to create a space for people to interact and engage, both with one another and with themselves. This open-creative space brings in the concept of co-working and pairs it with a more theoretical concept of creating and being.

Social Status, the overarching brand of this frontier co-working concept, has locations in places like Houston, Atlanta and Pittsburgh. Through their travels, owner James Whitner noticed there was a lack of comfortable, branded, synergetic spaces in Charlotte, Butler said. They wanted to provide a platform that developed out of a conversation of accessibility. 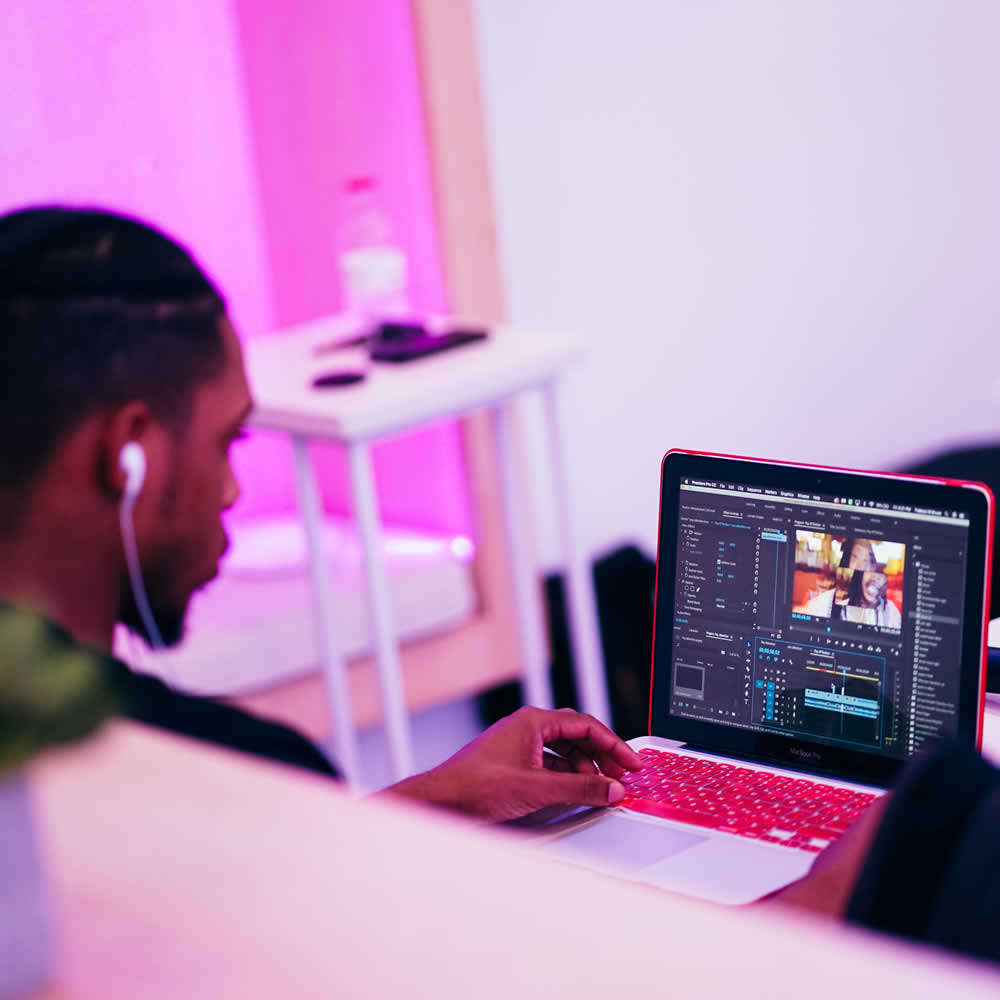 “You can literally do anything here,” Butler said.

Butler works alongside Mariah Scott, who serves as beSocial’s Community Attendant. “Most people here are creatives,” she said, “but we have all types of people—designers, business people, photographers,” although she adds they are not limited to creatives.

In addition to being, as Scott says, “still a little secret” that sees 10-12 people come through to work each day, the community connectedness allows for a burgeoning event scene. Butler says really, you can do “all the things.” There are open mic nights, yoga, wellness talks. There have been events focused on mental health and wellness. The space easily accommodates events up to 50 attendees, but said events need to be open to the public.

WE KNOW YOU’RE READY TO HAVE AN EVENT AT BESOCIAL.
HERE’S HOW … GO ANALOG.

Becoming a space that is technologically savvy while also acknowledging nothing replaces face-to-face interactions, beSOCIAL has pioneered the retail-creative-hub concept in Charlotte. To schedule classes, most people utilize the old-fashioned way and ask Butler or Scott in person about how to schedule classes, although they don’t turn away DM requests.

Business owners can use the space for free to host classes and sell their products. People can stop in for complimentary coffee or tea.

As a person who works primarily from coffee shops, it was refreshing to walk into a space that was decidedly not. It still feels like an anomaly to me for a completely free creative space to exist and to exist under the pretense of staying free.

In our consumer-driven society (and yes, I know this is attached to a retail establishment), it is a breath of fresh air to be able to go somewhere and really just be.

THE SIGHTS OF BE SOCIAL FROM GARRICK MCFADDEN (@THENATV) 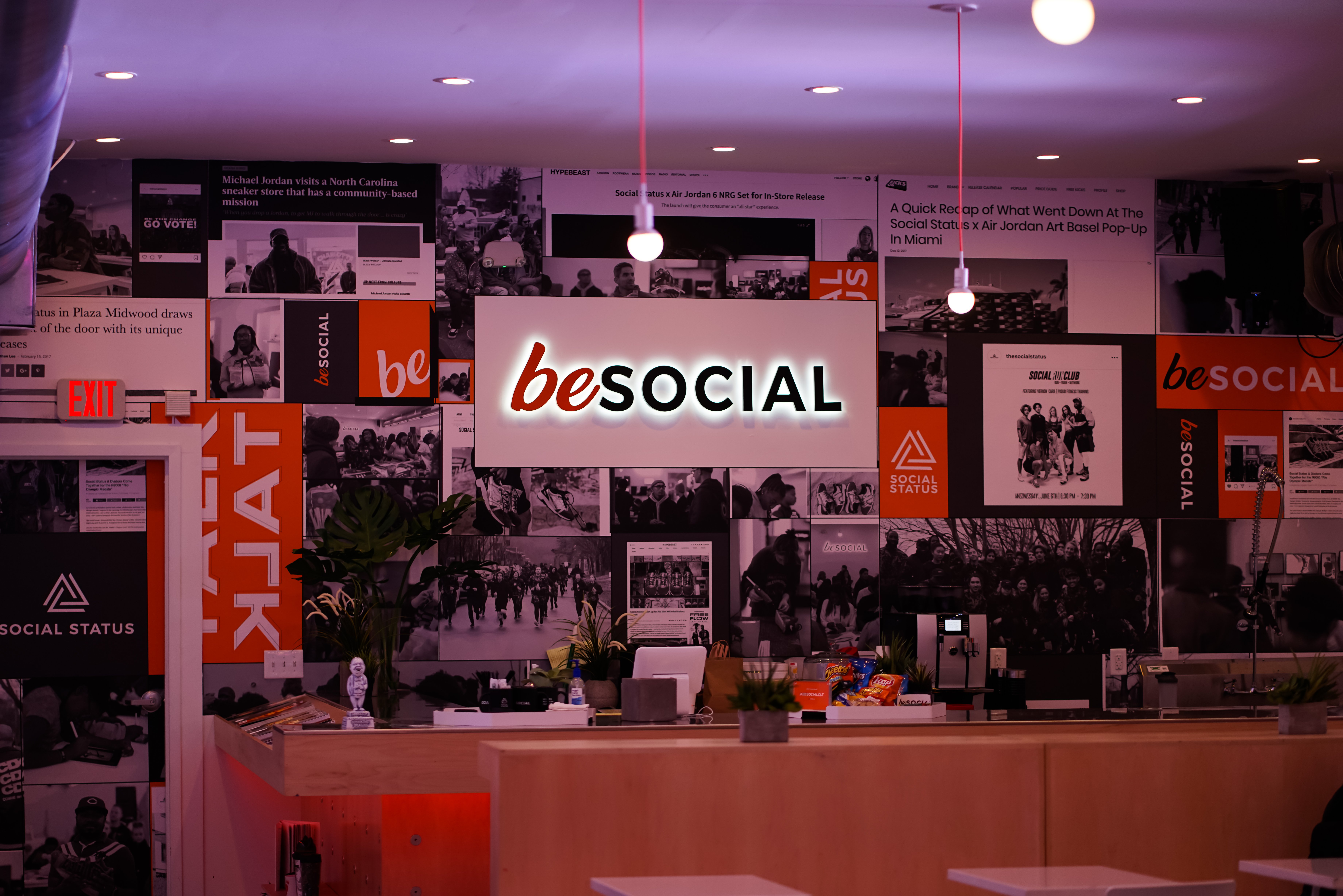 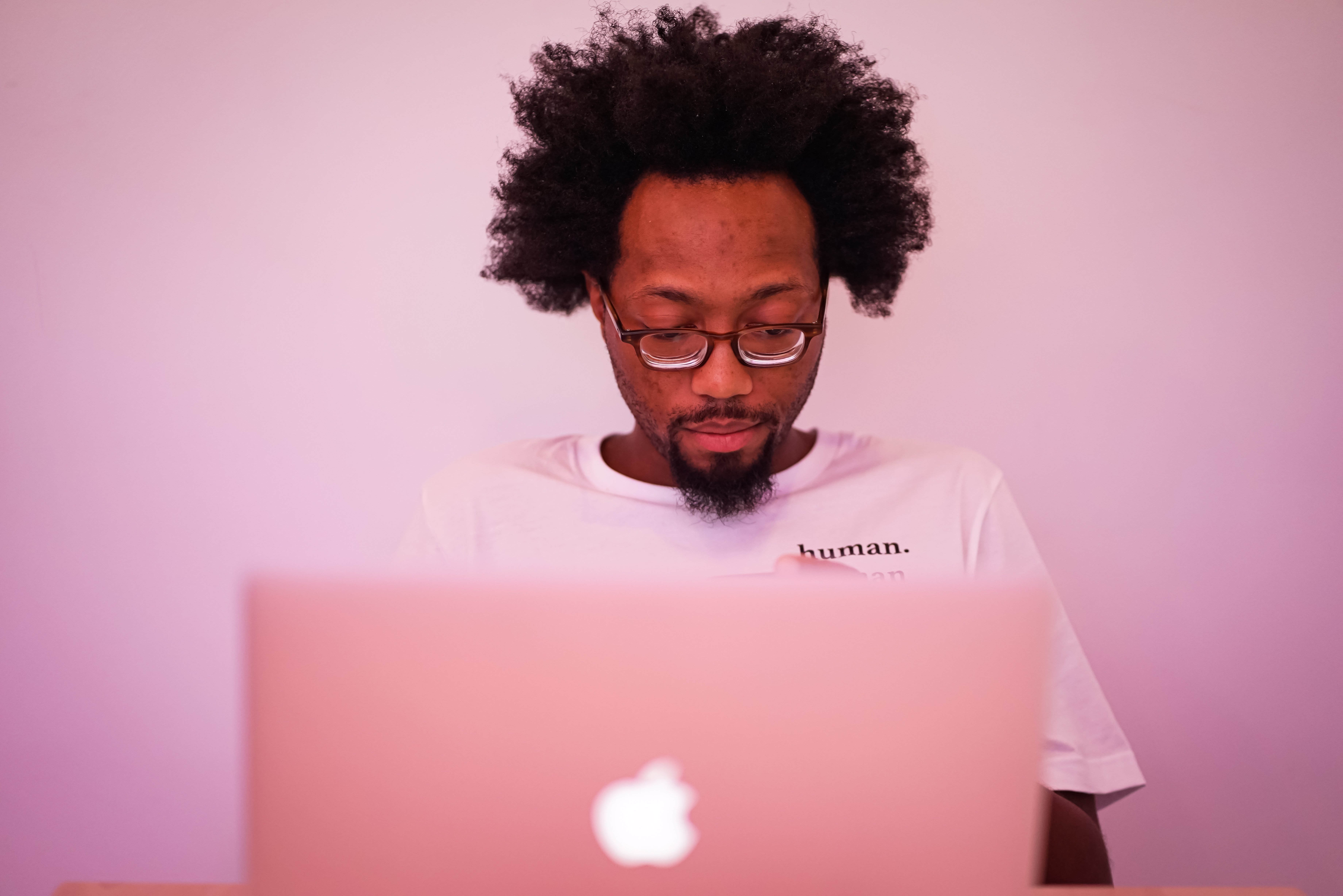 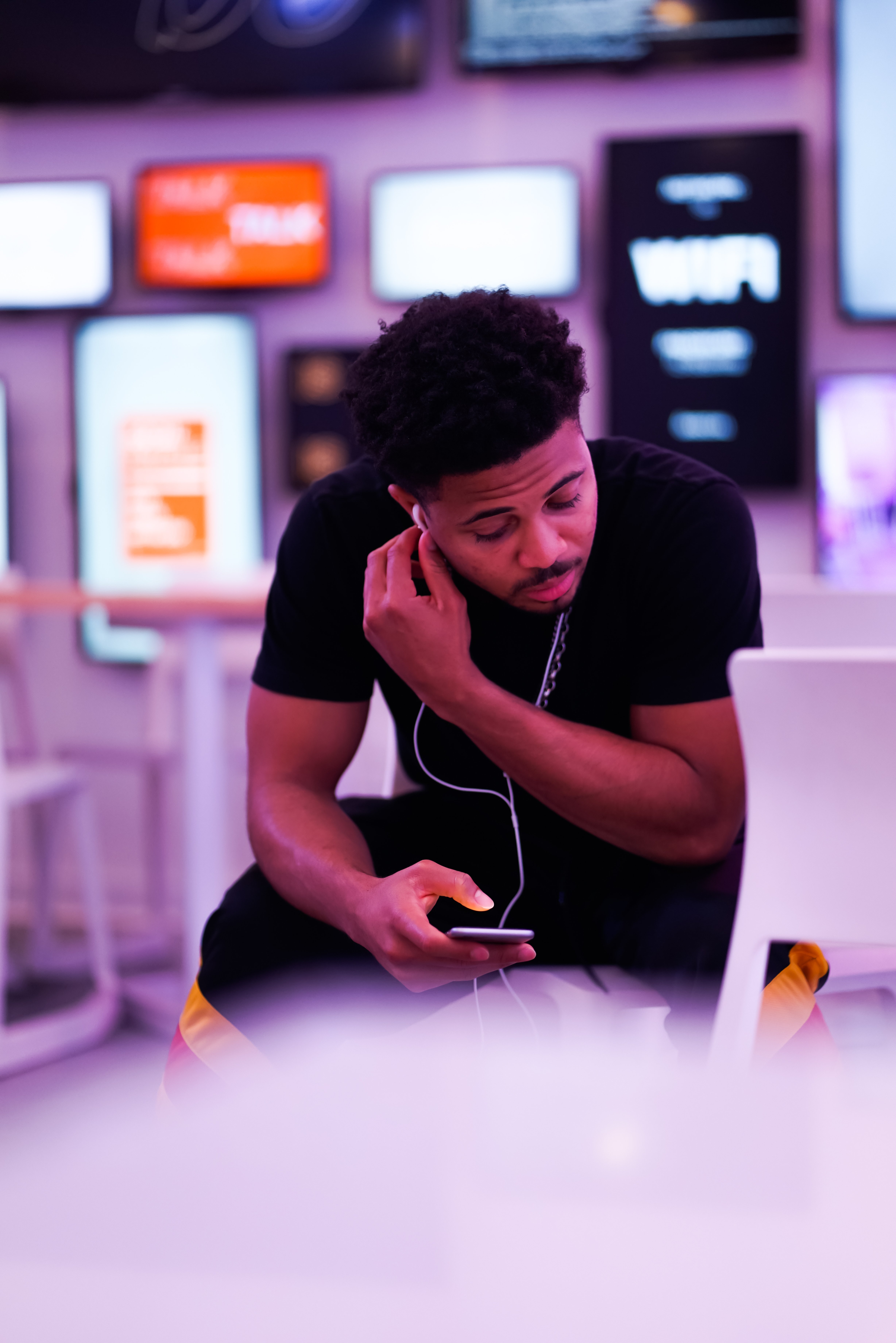 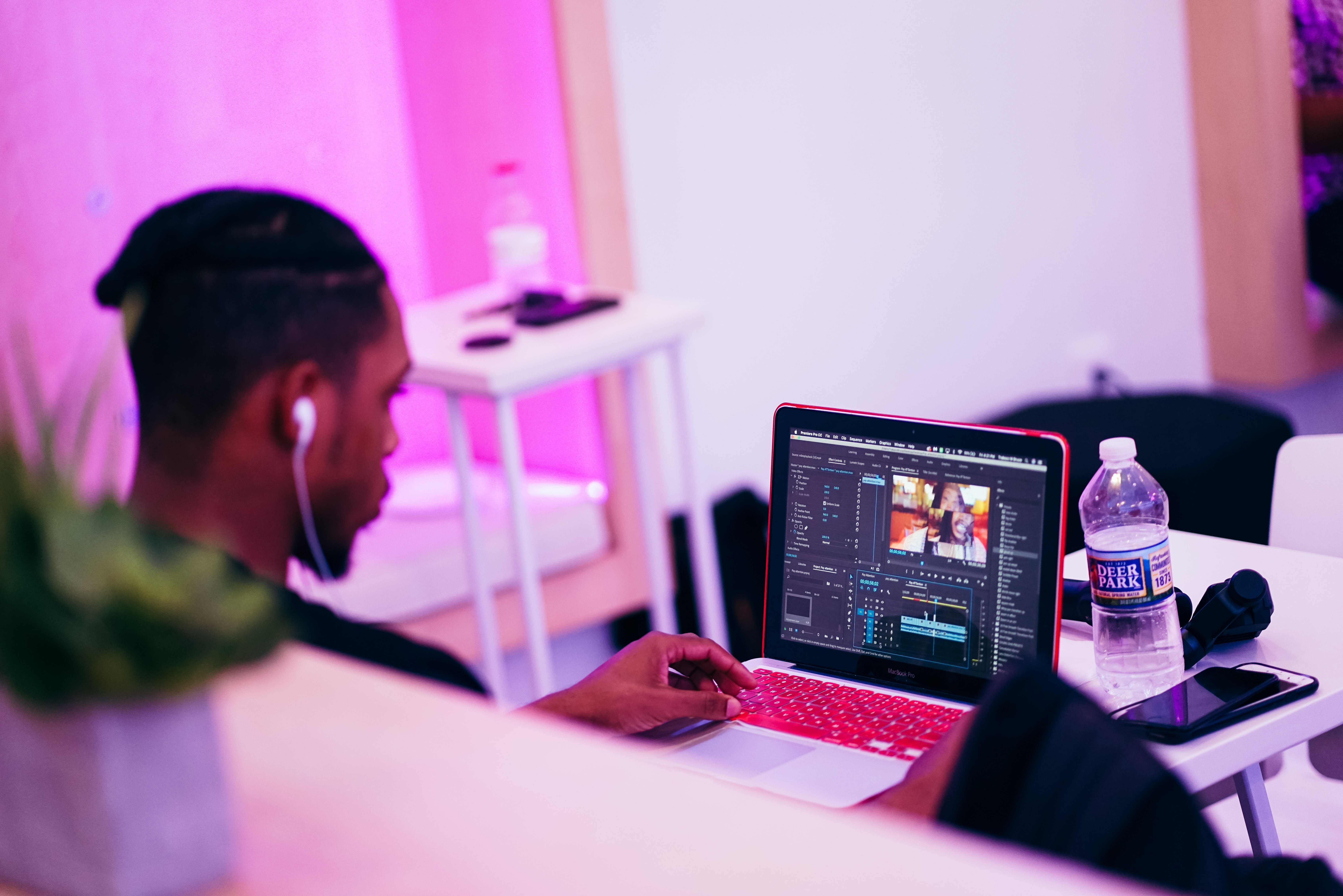 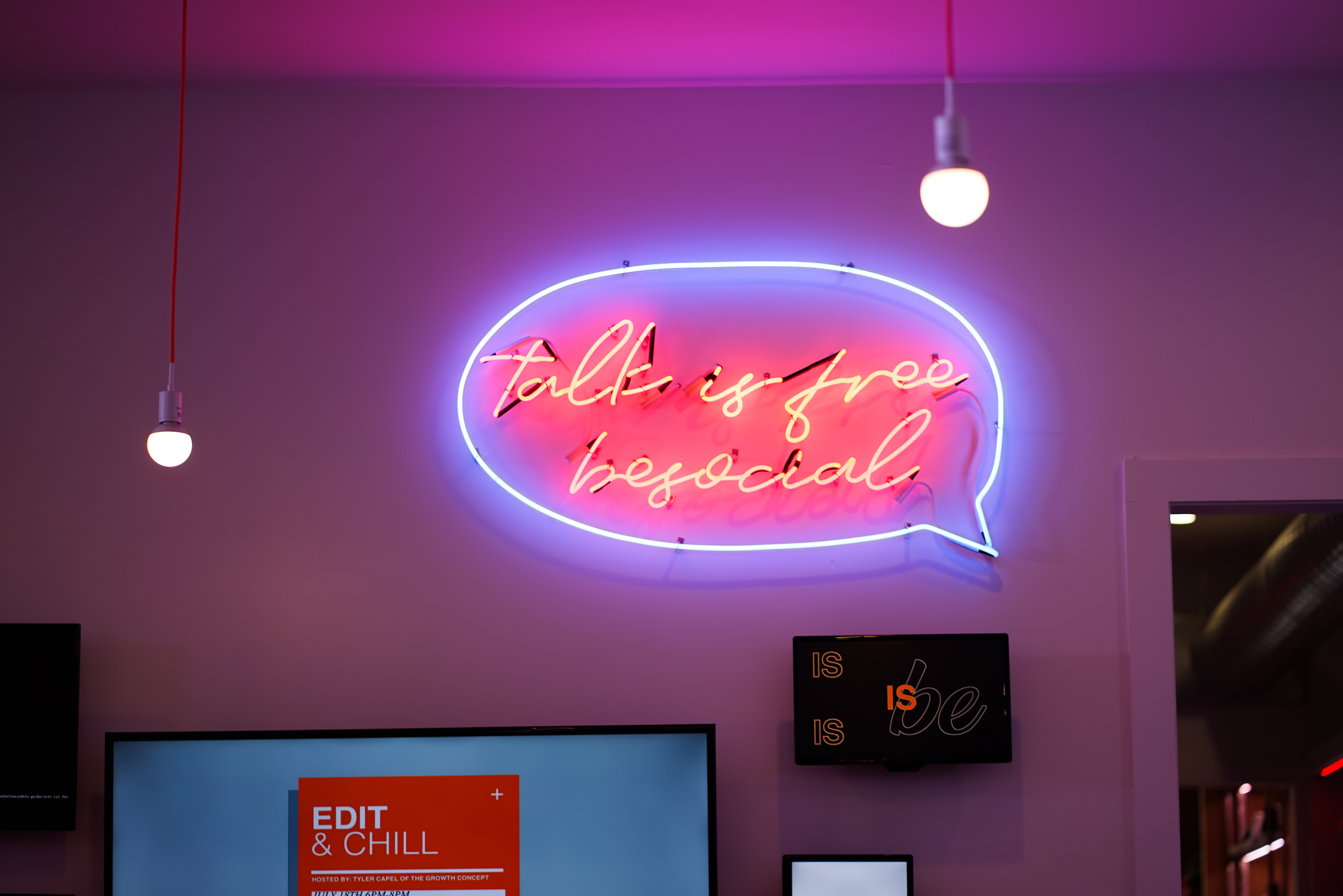 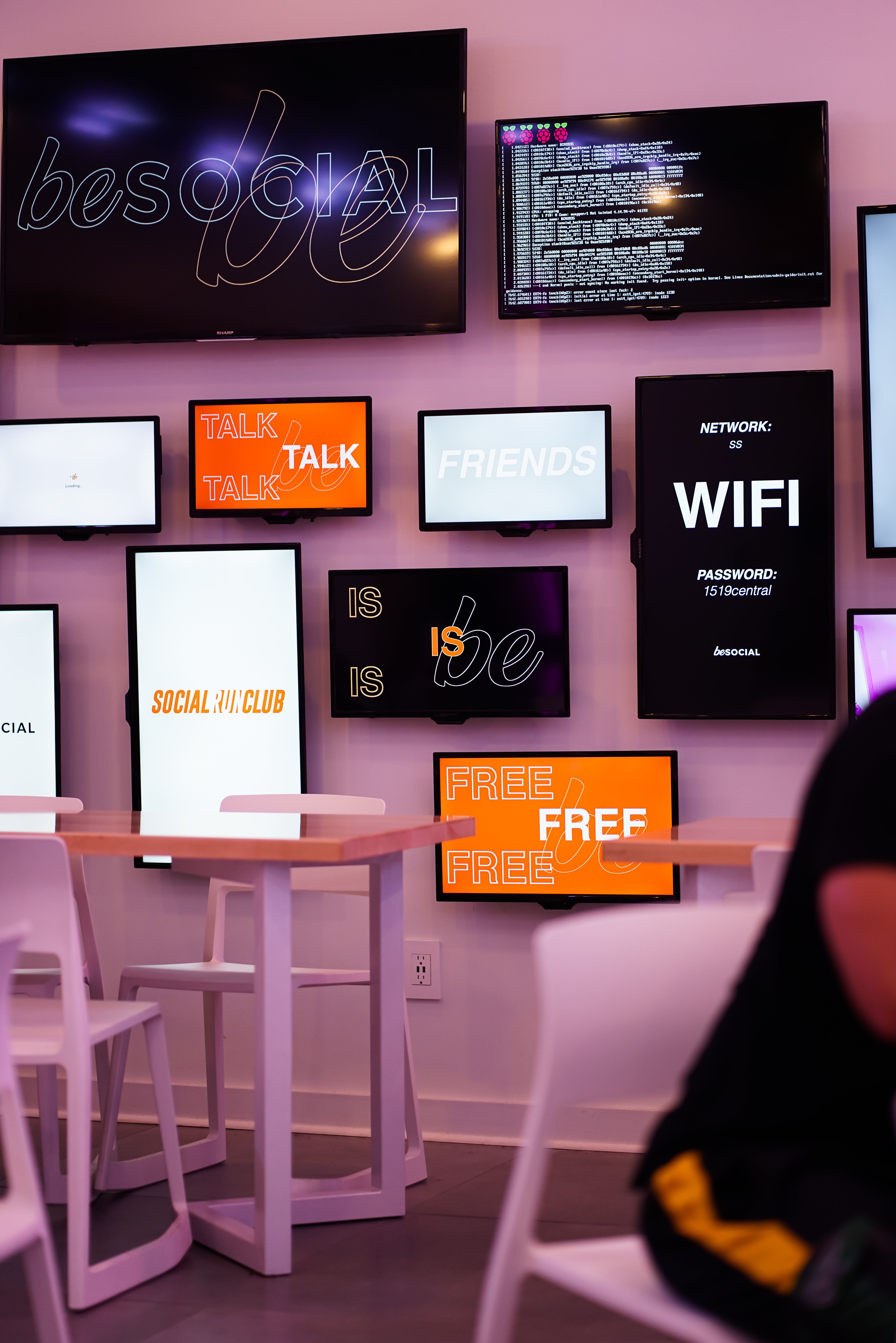 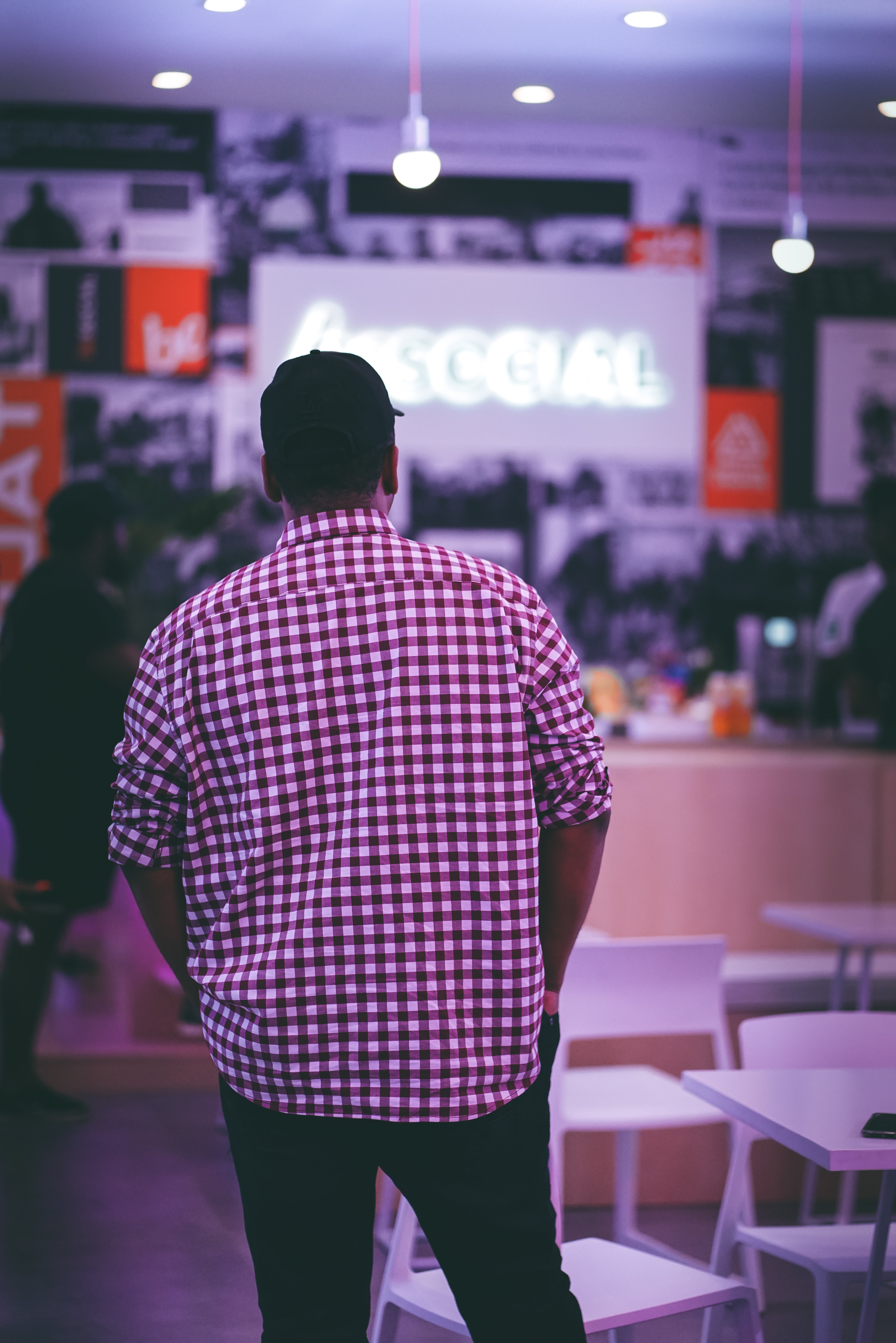 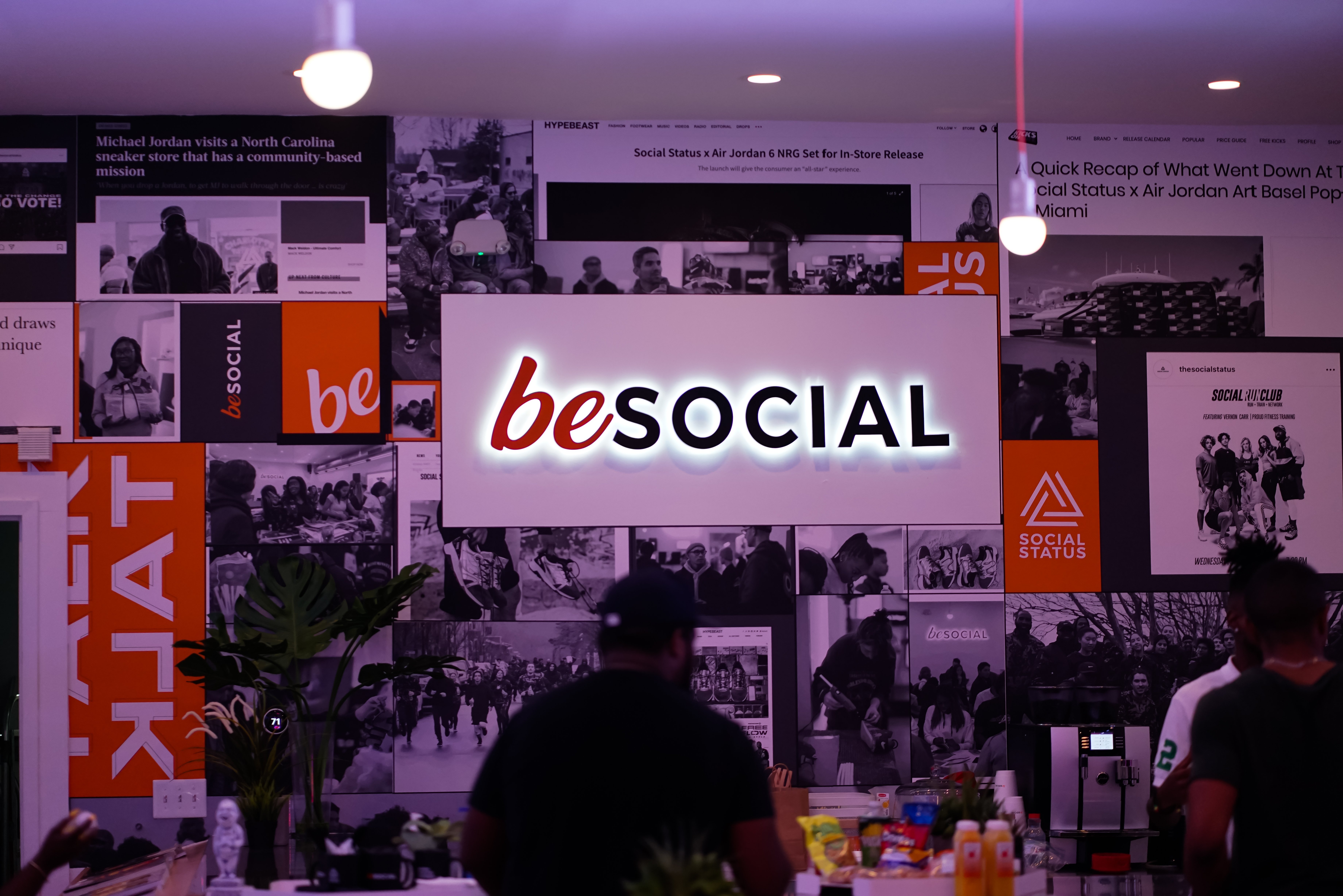 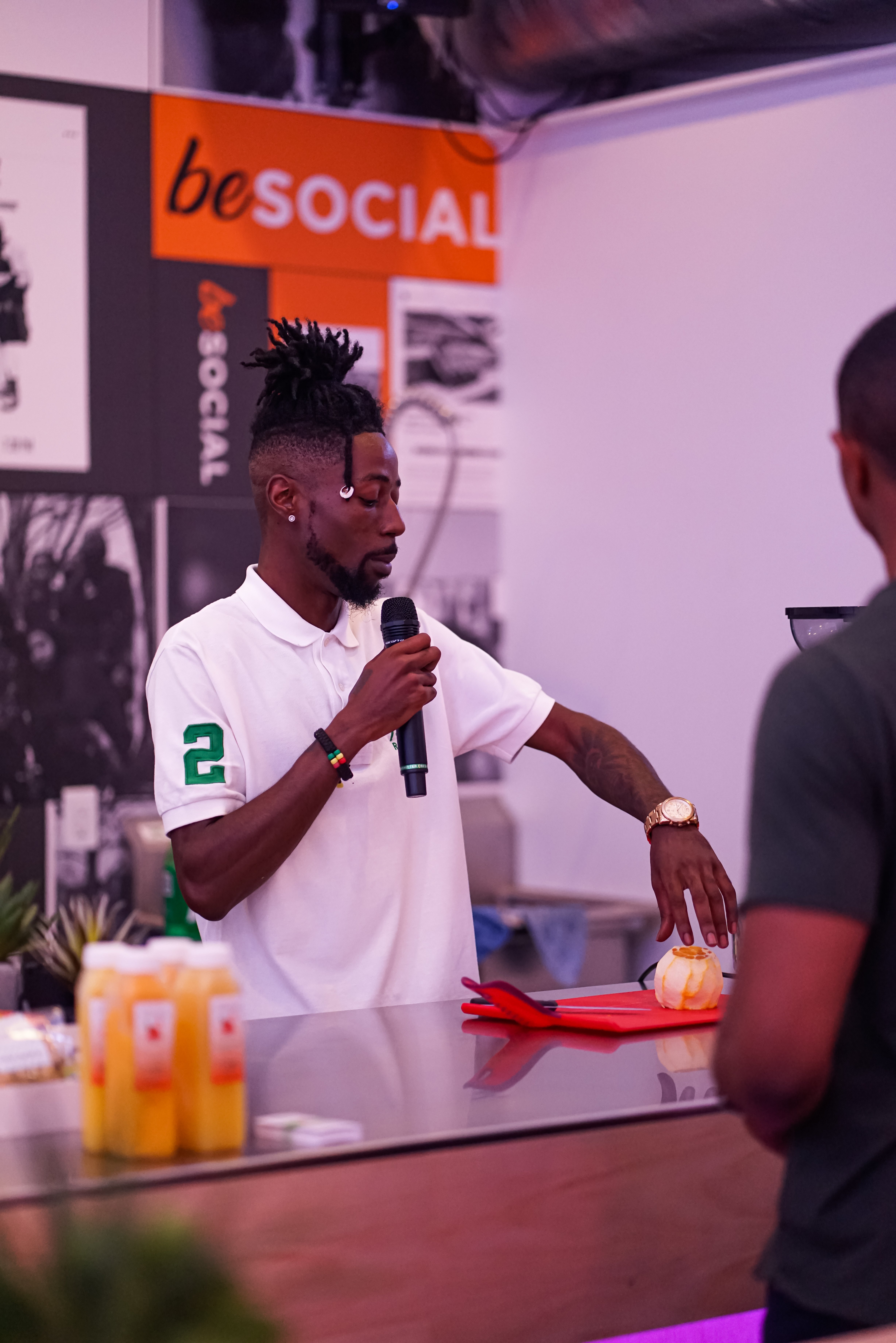 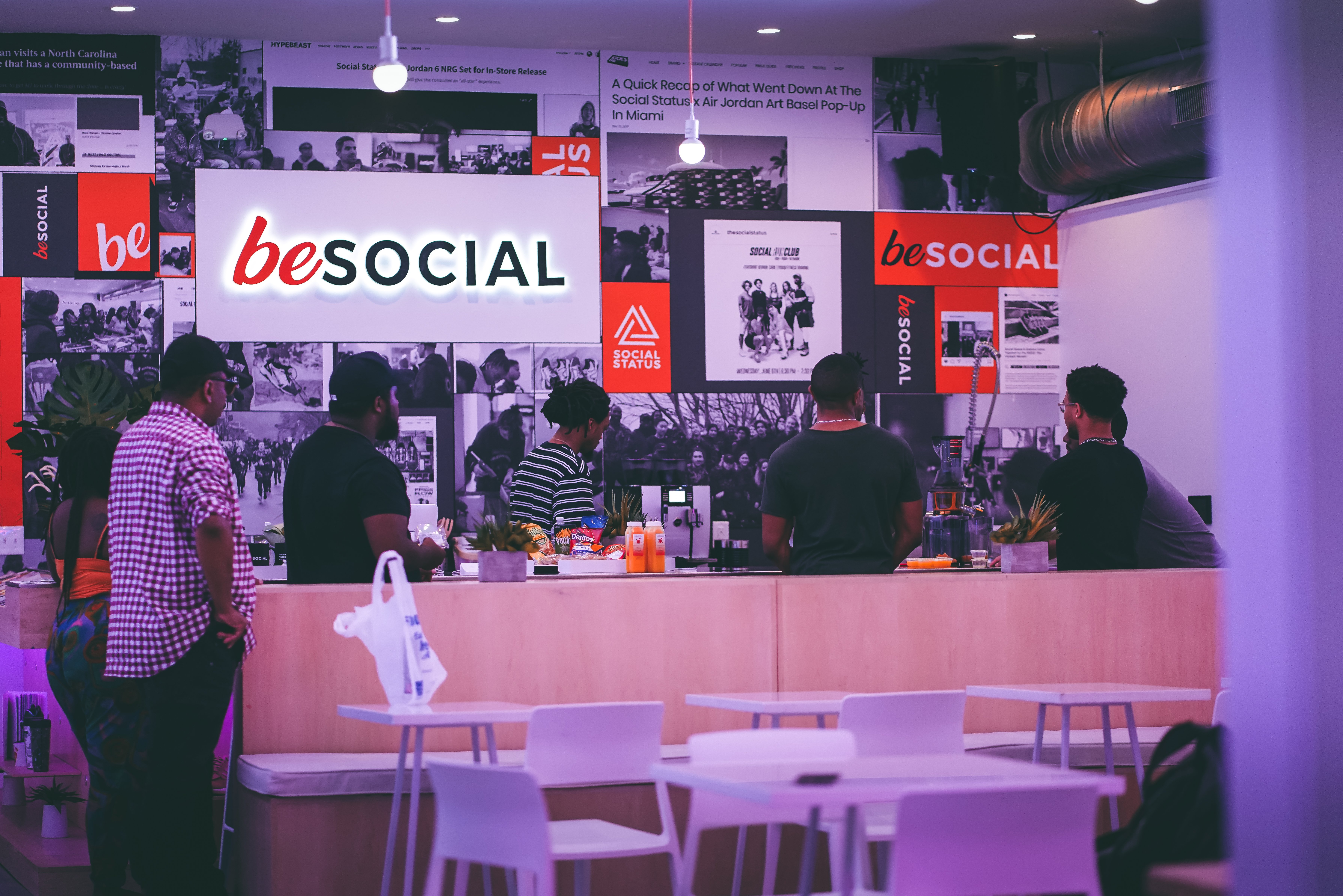 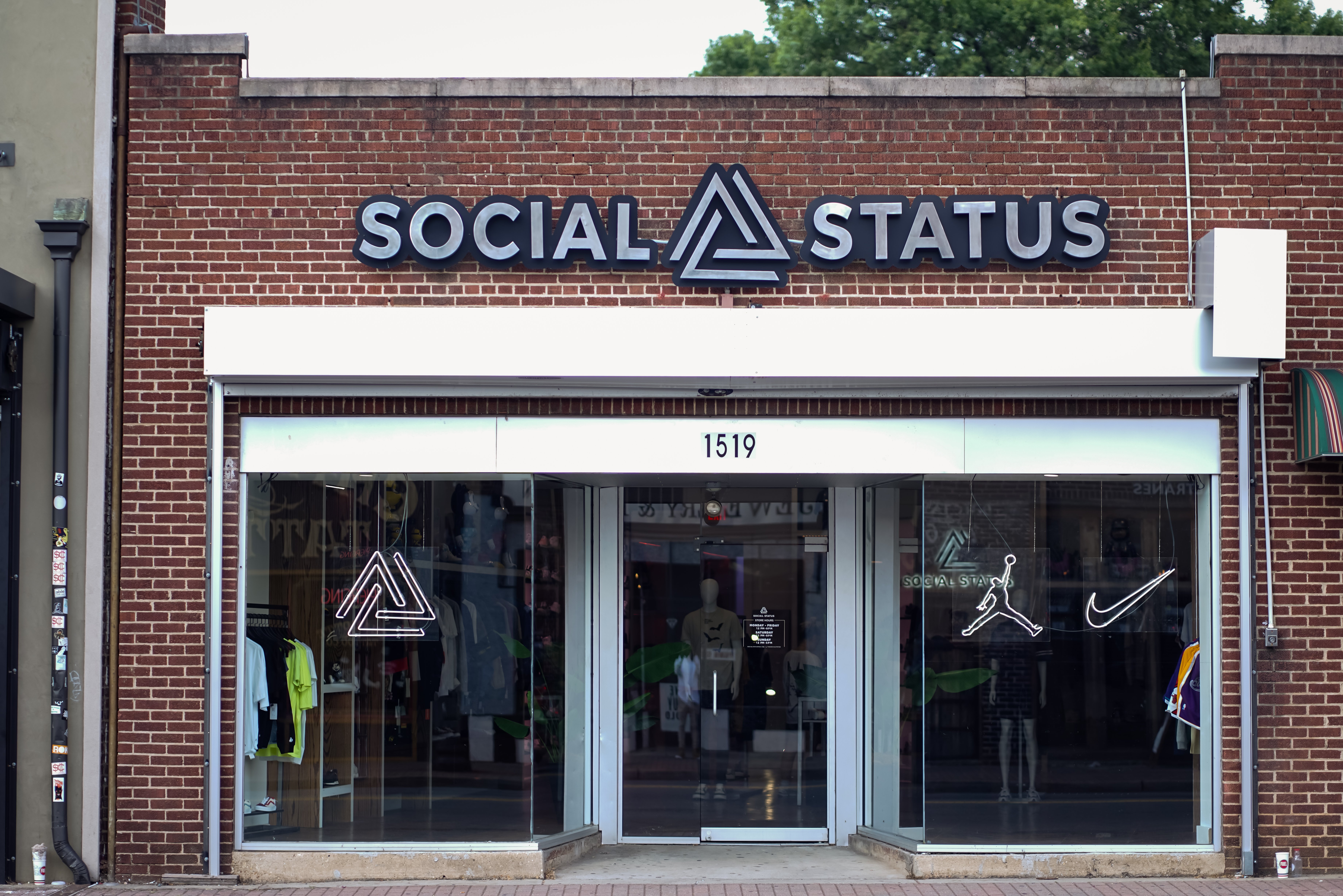