Everything is Awesome (When David Bulfin Works with LEGO)

“The world can be so noisy and working with LEGO creates a sense of quiet. It feels a bit like pure creation within a perfectly constrained system, which is a rare thing.” – Dave Bulfin

You’d be hard pressed to find someone under the age of 60 who didn’t play with LEGO at some point growing up. The simple plastic bricks let us create anything we could imagine and had a little bit of something for everyone. You could meticulously follow the directions to build the clever creation on the box. Or, you could toss those same directions straight into the trash and build whatever came to mind. (You could build a hybrid Death Star/dragon/helicopter … or was that just me?)

For many people, LEGO offered the first building blocks (pun intended) of developing their creative expression.

For others, LEGO has continued to be a source of creativity and imagination into their adult lives. 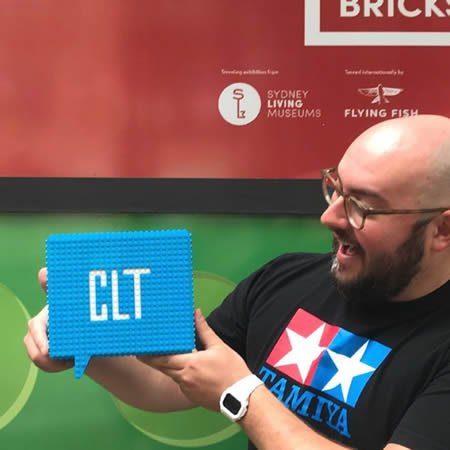 Exploring the World One Brick at a Time

If you were at June’s CreativeMornings/Charlotte event, you would’ve met a man whose love of LEGO has become an integral part of his creative journey. His name is David Bulfin. And, he’s a Charlottean with a passion for design both LEGO and otherwise.

At CreativeMornings/Charlotte, David unveiled his LEGO recreation of the CM/CLT logo and shared a little bit about the creative process. It only took him a quiet evening at home to actually build the logo but the planning process took a little longer. Apparently the most challenging part of the build was finding that perfect shade of CM/CLT blue.

“The closest match to the teal color CreativeMornings uses is a LEGO color called ‘dark azure’ and it’s quite rare. I had to source pieces from three different states to get everything in hand I needed,” said David.

David has been building with LEGO his whole life. He typically kept his affinity for the plastic bricks to himself, worrying that others would find the hobby juvenile, but a recent trip to Denmark changed that.

Before showing off his skills to the Charlotte crowd, David took his talents international. Last October, he participated in a global LEGO design competition in Billund, Denmark. David, along with 24 other finalists from across the globe, competed in design and building challenges at The LEGO Group headquarters, any LEGO fanatic’s dream.

“It was not until I was invited to Denmark in 2018 to meet the design teams at The LEGO Group that I awoke to the idea that I was allowed to take myself seriously,” said David. “During my time in Billund, one of the executive design directors addressed us saying: ‘If you are in this room, you are a Master Builder. Full stop.’ That was a wake-up call. It gave me confidence to no longer treat my LEGO work as an odd hobby, but as a craft.” 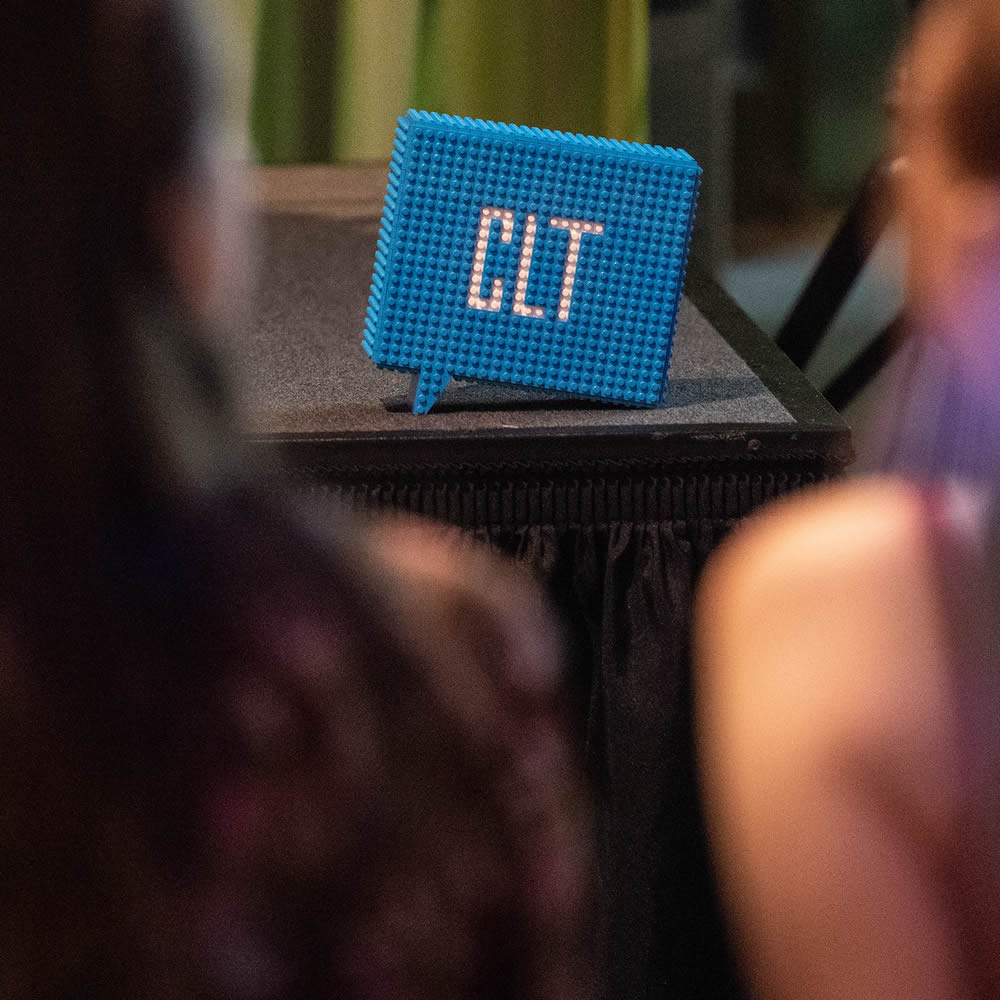 Those words and that experience had a profound impact on the way David sees himself and his LEGO creations.

“The experience of building ‘at LEGO, for LEGO’ was deeply emotional for me. It was the first time I got to spend time with other builders like myself who were passionate and experienced in designing with LEGO which brought me out of my shell in a really wonderful way,” David recalled about his journey abroad. He ended up placing fifth in the global competition, which is rather exceptional.

In LEGO and in Life

Lucky for him and for us, David’s passion for design doesn’t just stop with LEGO. He is an industrial designer at BOLTGROUP, a Charlotte company founded on the idea of innovation. It seems like fate for the lifelong LEGO fan to find his way into a career in design.

“For as long as I can remember, I’ve been a designer. It just took some time to discover it,” said David.

How does the old saying go? A journey of a thousand miles begins with a single plastic brick. Yeah, that sounds about right.

Skipper gets a slick heads-up-display in the #lego #submarine