Home » Where Are We in CLT? » Independence Tower

Decades before the “Pink Building” on South Boulevard was blinding Charlotte drivers with its unique color scheme, there was another tower reflecting the sun’s harsh rays into the eyes of those stuck in traffic. Built in 1972, Independence Tower is the granddaddy of Charlotte buildings with incredibly reflective, brilliantly colored windows.

Anyone who has been stuck on Independence Boulevard during a rush hour sunset (especially those unlucky few who forgot their sunglasses at the office) understand the pain — and beauty — of having to stare at this dazzling gold tower. So loved is it,  artist Christopher Holston included it in a Zoom background he created for us to celebrate Charlotte. (Feel free to download it and enjoy it for personal use.)

Independence Tower is currently home to the headquarters for Norsan Media, one of the nation’s premier Hispanic media companies bringing Latin American news, culture, and entertainment to the radios, televisions, newspapers, and events in Charlotte and the Southeast.

This Queen City exploration was powered by OrthoCarolina. 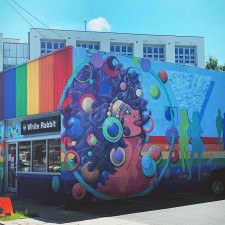 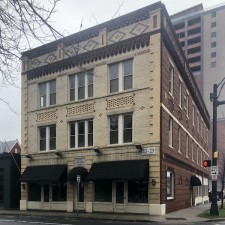 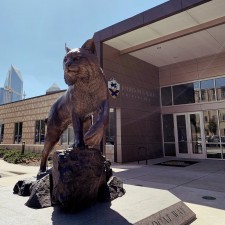 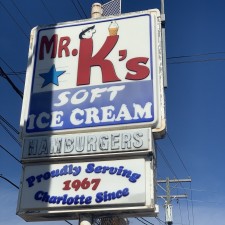