January 15 was National Hat Day, and in anticipation of that, we put out the call on social media:

Who’s the best custom hat designer in Charlotte? Who creates the coolest crowns in the Queen City?

We got an avalanche of comments. And, more than 100 of them suggested the same name: Demond Richardson of Firestone Valley Customs! So we reached out and discovered this guy is the “Real Deal, HATTYfield!” 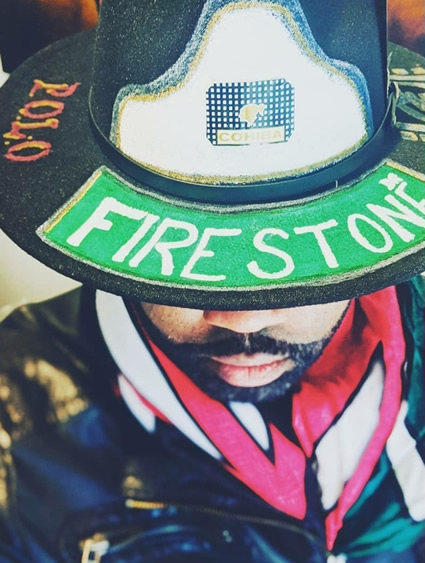 Richardson is a Charlotte native with a background as an attorney focused on human rights and sustainability. That expertise informs his role as a Sustainability and Human Rights Consultant for Wells Fargo. And, it also guides his hat-making process.

How did Richardson fall in love with making custom hats?

He Had a Dapper Dad

Growing up in Charlotte, Demond remembers his father and uncle frequently wore stylish fedoras. That made a lasting impression.

“I learned early that you’ve got to show up looking good,” Richardson said.

That sentiment came in handy when Demond and his girlfriend launched a spoken word/comedy event (along with Boris “Bluz” Rogers) last year. This was his impetus to design his first fedoras for himself and his girlfriend. When they walked in, people loved the hats (as well as the performances).

Richardson was off to the races. He consulted people in the hat-making business. He designed more hats, including one inspired by the West Charlotte neighborhood street on which he grew up. 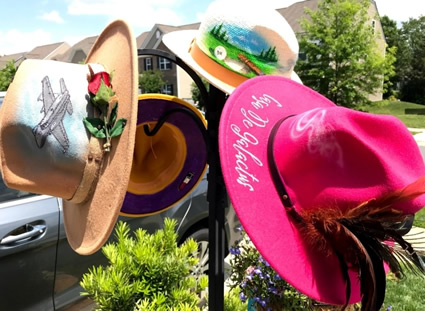 He even found and purchased some Harlem Renaissance hat blocks on which he began bringing his new creations to life. News of his stylish line of hats started to spread – to the point where he now has roughly 80 orders in the queue now, all from word of mouth. People still come to him with concepts they would love for him to create.

Bowled Over By Business

To keep up with demand, Richardson recruited help from his children. They’ve been so successful, his daughter has expanded to creating custom jeans and shoes.

Richardson’s passion for the environment informs the materials he uses, including using ethically sourced feathers and other salvaged or sustainable materials in his hats.

Looking to the future, Richardson wants to use his hat-making platform to teach kids how to work with their hands and create something for themselves. He also envisions collaborating with local artists.

Never have we had a new best friend who could make us look so good!