Home » Where Are We in CLT? » Park N’ Shop on Wilkinson Blvd. 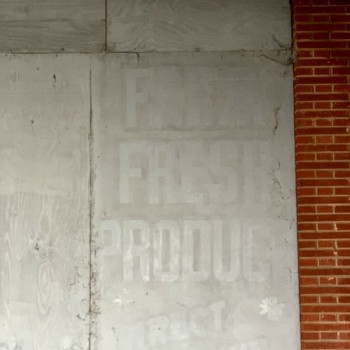 The ghost of grocery stores past are alive and well. Decades ago, this sign would have boldly said “Farm Fresh Produce Direct From The Field To You” in bright red lettering. Today, you can just make out the faint lettering of a sign from yesteryear at the Park N’ Shop grocery store on Wilkinson Blvd. Back in the 1950s and 60s, this store, owned by Charles Reid, reigned supreme. It was known for its sloped roof, steel arches (which are still very much intact) head-turning promotions and large parking lot where you could park and — you guessed it — shop. (It has a twin still standing over off of East Sugar Creek Road where it’s now a Compare Foods.)

The Park N’ Shop shut its doors in 2004 and has sat vacant ever since, but not for too much longer! Red Hill Ventures and the Roby Family of Companies have announced they are working together to repurpose the former grocery store into over 30,000 square feet of office space (with a possibility for retail, too). They plan to retain and highlight the building’s iconic shape. We can’t wait to tell you more as plans develop.

Interesting History Tidbit: In 1961, conjoined twins Daisy and Violet Hilton, famous actors and vaudeville performers, were offered a job as cashiers at the Park N’ Shop after being abandoned by their manager while touring in Charlotte. (They even had a special booth built to accommodate them.) The sisters were able to slow down and escape a grueling life of constant — and sometimes abusive — performing and set down roots here until their passing in 1969. 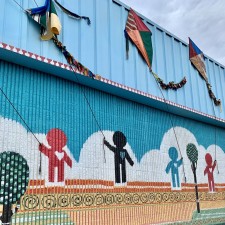 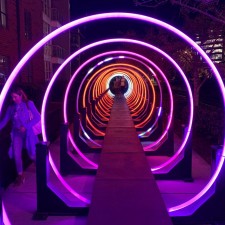 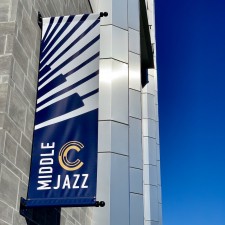 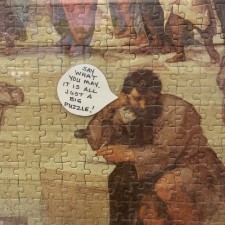