People of Charlotte: Jack Grossman Finds Bravery in the Forest

Your heart will expand and be forever changed after reading Jack Grossman’s book, Child of the Forest.

Based on the life story of a courageous young girl, Charlene Perlmutter Schiff, who bore witness to World War II, this story gripped my soul from the very first page. The only time I stopped reading was when my breath was taken away, thinking back to my own grandparents who lived in the Baltic forests for several months. Each time I closed the book, the main character stayed with me as if to say, “no one should ever be alone.”

Charlene was alone for two years from age 12 to age 14. Her unbelievable will to live shows us the power of the human spirit even in times of utmost darkness. She lived through hell on earth to tell her story to Jack Grossman who instantly recognized her story must live as she did. Charlene has since passed but her story will forever live on, reaching those near and far to ensure compassion lives in the heart of humanity, that we always see the love in one another, that we always see ourselves looking back.

To understand more about Child of the Forest, I spoke with author and Charlottean, Jack Grossman.

You believe we all have a story to tell. Part of your story was feeling called to give someone else’s forgotten story a voice and the legacy it deserved from the very beginning. Do you believe in being called upon?

I do believe in destiny, a calling. When I met Charlene Perlmutter Schiff, I told my wife that we had to share her story with the world. Her story shook me to the core. In fact, it was so mind-blowing that I had to ask myself if I really heard what I heard.

How did you meet Charlene and have the opportunity to be impacted by her story?

[Ever] wince I chaperoned my two eldest daughters’ field trips to the United States Holocaust Memorial Museum in Washington D.C., I wanted to do the same for my youngest daughter, Karah. After being absorbed into Charlene’s story of survival and will to live, I reached out to her and her husband to begin documenting her story. 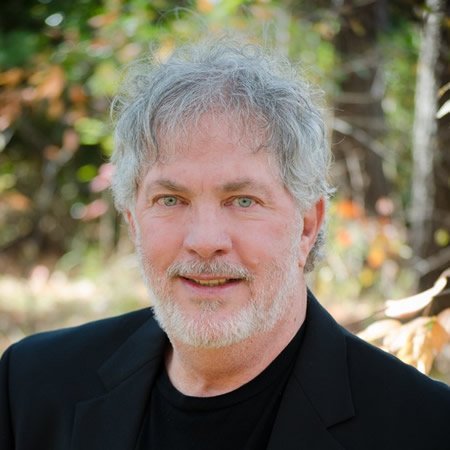 So her story had not been published or shared in its entirety anywhere?

Outside of a few short articles, no. After searching for any information about Charlene, I confirmed her story was still waiting to be shared with the world. After all, this is a story of WWII and therefore has and should have a global reach. We learn from stories.

I was moved to share the following as part of the book’s dedication: To all of the precious, innocent souls who perished in or survived the Holocaust. NEVER AGAIN. Sharing Charlene’s story was my promise to her in helping to create her legacy and a lasting shift towards compassion in one another.

Charlene was 12 when her story began. She was more than a Holocaust survivor. How so?

Charlene was greatly affected by the war since she was Jewish and living in Poland. After witnessing the barbaric deaths of friends, acquaintances and family, she found herself facing the greatest challenge of her life at an age where she should have been comforted under the wings of family.

After life in a ghetto (where she narrowly escaped), she began the harrowing journey of living in the forest for two years … ALONE. Charlene’s story could have easily been lost amongst the millions of others if it were not for her strength and determination to not let life be taken from her.

How did you rely on Charlene’s strength to undertake a journey of your own?

In 2010 [after I’d started writing the book], I suffered a brain stem stroke and spent 21 days in inpatient rehab with continued therapy afterward to learn how to walk again. Charlene’s story was placed on hold. My life was on hold.

I drew strength from her story and promised that we would share her story when I was in better health. Charlene believed in me the way she believed in herself. As for my own journey, I am mostly back and excited to continue working on her story, promoting Child of the Forest, and pursuing her story in a movie format as well.

Is Charlene still with us? 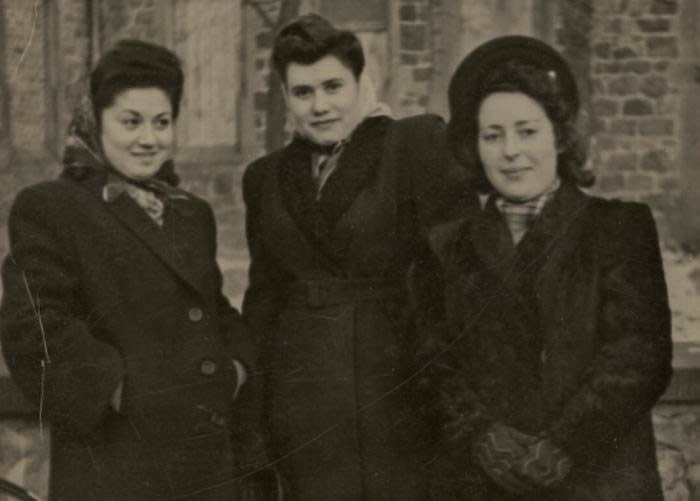 Sadly, at the age of 83, Charlene passed away from a brain tumor (her husband had predeceased her). They had one child Stephen and two grandsons. So is Charlene still with us? Yes. She will forever be with us all. I know she is looking down upon me.

You mentioned Charlene’s legacy—she had a very specific and well-stated legacy.

What did she want to share outside of her story?

It was her deepest, most heartfelt wish to never allow genocide to ever happen again.

Her wish was and is to eradicate the four evil I’s:

You have always been drawn towards creativity—in a sense larger than the everyday meaning of the word. It’s like you find your happiness and fulfillment by being useful to others, by giving to others, creating opportunities, problem-solving, and through selfless acts. How else are you lifting humanity?

Along with the other founding members, I helped to found Dove House in 2001. The mission of Dove House is to minimize trauma to child victims of sexual abuse and their non-offending family members by providing a centralized, safe and child-friendly facility from which a multidisciplinary team (MDT) conducts investigation and intervention activities; to advocate for and support child victims and non-offending family members by representing their interest throughout the process, promoting appropriate therapies and making referrals to community resources as needed; and to enhance the process for optimal case resolution.

Also, our new Safety First Program has already reached thousands of first and fifth graders in local schools with a message of prevention and education. To date, I have helped raise over $18-million in cash and in-kind for various nonprofit agencies with about $5-million of that for Dove House.

How else have you expressed your talents?

I invented a cutting board in the 80s that was sold in Brookstone and Spiegel catalogs. It was a problem-solver. So yeah, I do like to use my creativity to help others. Entrepreneurialism has run through my blood for as long as I can remember, manifesting in advertising, consulting and sales. I’m a jack-of-all-trades … about to dive into the world of film!

You published Child of the Forest in 2018. The book is incredible, to say the least, and will no doubt be in readers hands everywhere. What compelled you to have her story told through film as well?

To honor Charlene’s legacy by achieving a greater reach than a book can do on its own. Movies have a far greater global impact and reach. I’m currently in conversations and negotiations with producers, investors, and actors to have the film made locally. We have already scouted land in South Carolina and hope to film in Europe as well. I have to say, we have made impressive progress. I believe in vision boards and the ability of that focus to breath life into ideas.

Can you share insight on the movie? Any big names?

It is a little early to release any names, but I can tell you that we are looking at an A-list Director and actors. I will let you know as soon as the funding and agreements are in place! And yes, I envision Academy Awards and a Red Carpet Premiere at Blumenthal Performing Arts Center!

MAI-LIS IS THE FOUNDER OF PEOPLE OF CHARLOTTE:  WEB | IG