It’s all about stirring the pot of uncertainty in a positive way … putting more beef in the stew.”

Chef Ron Alhert of the Community Culinary School of Charlotte (CCSC) and Tom Sasser of Burke Hospitality Group aren’t known for sitting around. As active members of the Charlotte hospitality community, they had front-row seats to see how the last five weeks have devastated both hungry families and restaurant employees who have lost their jobs. Sadly, there is often overlap between those two groups. 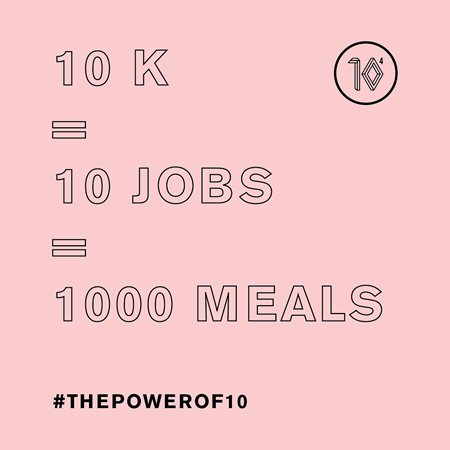 To address it, they launched a Charlotte faction of the Power of 10 Initiative, initially launched in Washington, DC. Partnering with Burke restaurants and Charlotte Regional Visitors Authority, Power of 10 has taken an initial investment of $20,000 and employed 13 restaurant workers to make free meals for furloughed CCSC students, alumni and staff, as well as to employees from the restaurant and hospitality industry who are out of work because of COVID-19 restrictions.

They have served more than 200 meals a day, Monday-Friday, from CCSC’s training facility and cafe on Monroe Road.

In his own style, Chef Ron says of the effort: “We’re working to feed those truly impacted by the current situation in the hospitality industry. It’s all about stirring the pot of uncertainty in a positive way … putting more beef in the stew.”

Initial funds are almost exhausted. Those interested in assisting with Power of 10 can learn more or donate here.