Creative Placekeeping on the East Side 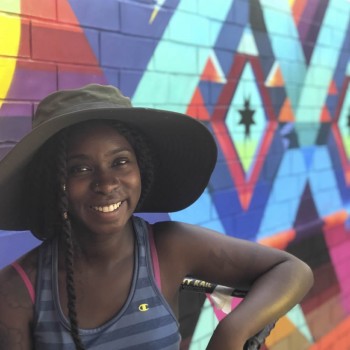 If you count yourself among the legions who admire and follow Charlotte’s burgeoning mural movement, you’re a fan of Georgie Nakima.

You may not know her, but you know her art. With its complex dance of interacting geometric shapes, her work is unmistakable. From the exterior of the basketball court at the McCrorey YMCA, Georgie’s work engages Charlotte with the power of perspective and the majesty of the full-color spectrum.

And, now, you can find it in East Town Market off of Sharon Amity Road.

Bringing Murals to the East Side of Charlotte

“I love that this is on the East side,” says Georgie. “It’s in a place that is underserved and you are really getting away from central Charlotte. I think this is trailblazing murals outside of that concentrated area.”

Georgie admits that murals like this are not typically seen in retail spaces … in Charlotte, that is.

“If you go to metropolitan areas, they’re all over.”

Georgie says her project at East Town Market is another example the Queen City “is starting to identify its personality a little bit. This is a sort of special way that we can see how we fit into the equation.”

When he invited her to paint a small courtyard in the center, that’s exactly what Todd Collins, managing director of Red Hill Ventures, had in mind.

Investing in a Center and a Community 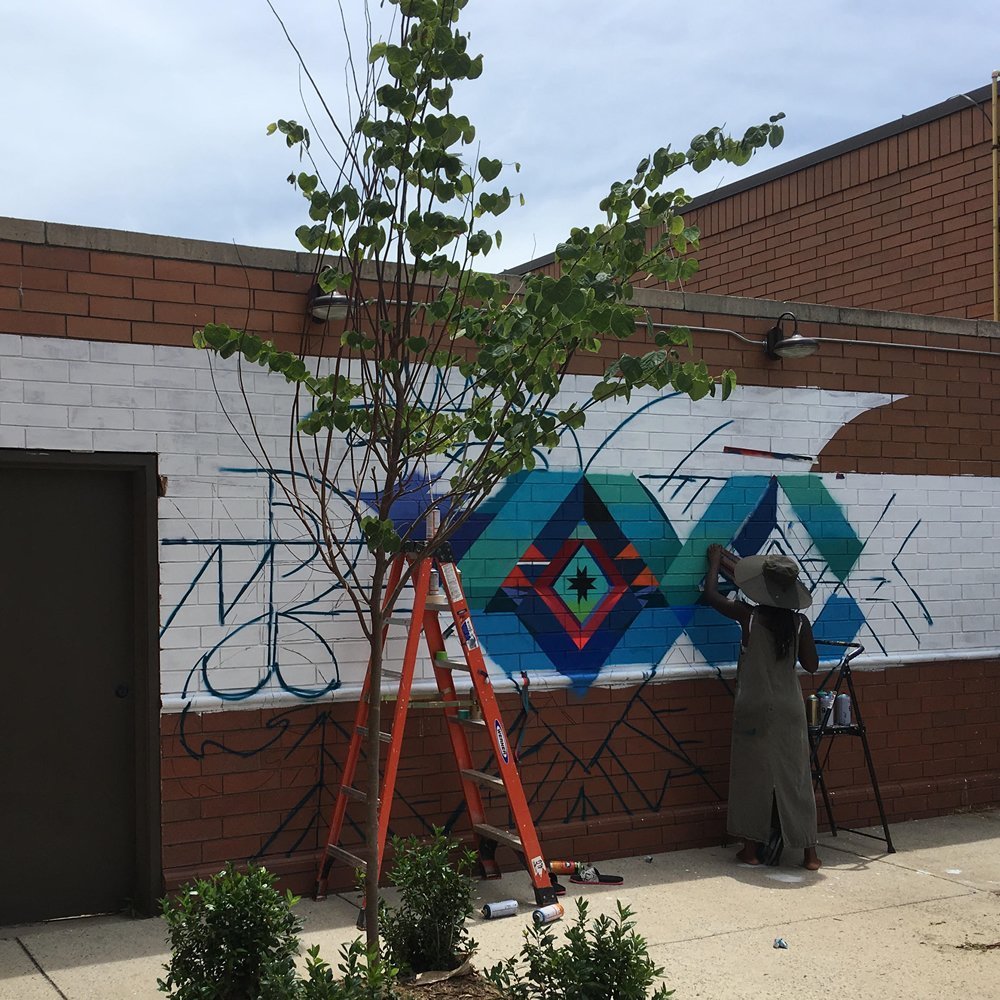 When they purchased East Town Market a little under two years ago, Todd and his team started by taking care of the immediate physical needs of the center — roofs, HVAC, paving, landscaping.

As part of revitalizing the center, Red Hill Ventures wanted “to use artistic expression to give the community something back.”

They decided to commission a mural in a spot visible from Sharon Amity Road and chose Georgie from a field of four artists to create it. Looking at Georgie’s portfolio excited them, but discovering she lived nearby East Town Market sealed the deal.

“Georgie is a great artist and a neighbor,” said Todd.

The Community Is Already Responding

At the time of this article, the mural was still being completed. But, the community’s reaction to it had already surpassed Todd’s expectations, especially among the businesses operating in the center. 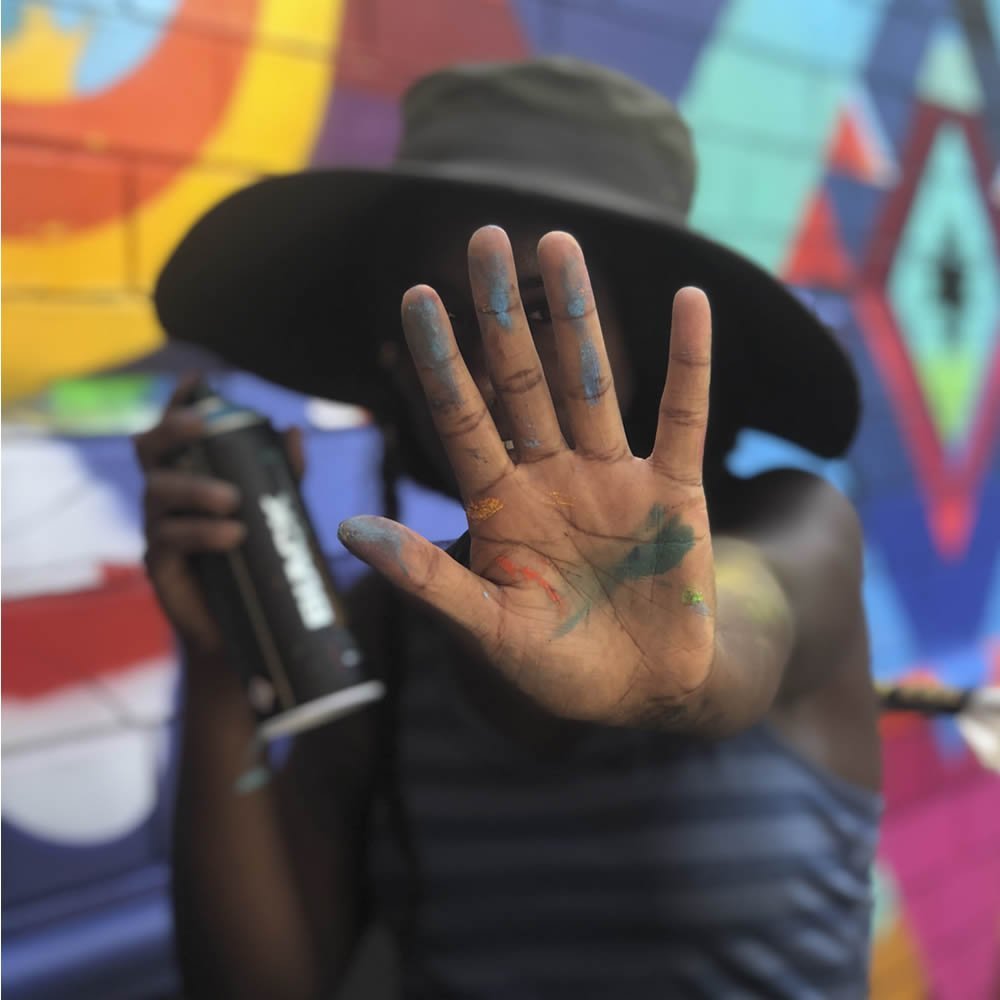 That fits right into Todd & Georgie’s collective vision for the work.

“We talked a lot about the community and how it had been previously neglected and how they are bringing back life into it,” said Georgie. This work is an example of what Georgie calls “creative placekeeping.”

“Creative placemaking is about making a place. But, this has already been made. Creative placekeeping is honing in on what’s been here — the history and also the cultural impact,” she says.

With a diverse community around East Town Market, creating a work that spoke to many cultural traditions was a key aspect of this project.

“This place is very Black and Latino,” says Georgie. “They wanted something that embraced the heritage aspect. Across cultures, there is that union of geometric art that can be traced across Pangea and the fabric of reality itself. I see this as both Afro-indigenous pre-Hispanic piece that is also futuristic.”

Todd and Georgie also intended the mural to spur interaction and curiosity. Before the paint was dry, it was already doing that. Georgie frequently stops painting to speak with passersby eager to learn more. And, she’s more than okay with that.

“I get at least 15-20 people coming by while I’m here every day. They’re telling me things like, ‘Wow. Nothing’s here on the East Side. I have to go 15 miles just to find things. This is so cool this is here,'” says Georgie. “I see how on a multi-generational and multi-cultural level it’s touching people.”

Building an East Side Destination 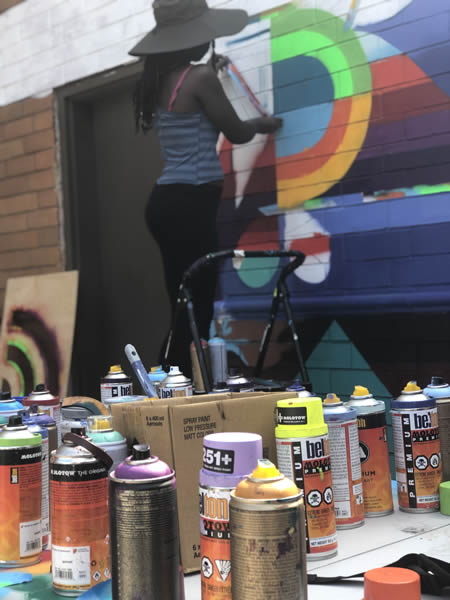 Ultimately, Red Hill Ventures hopes the mural continues to become a source of curiosity and community pride and helps advance the rebirth of East Town Center. They hope to attract a cafe, coffee shop or ice cream parlor that can use the mural area as a courtyard.

And, they’re not done yet.

Todd and Georgie are already planning on a second phase of the mural, slated for the fall of this year. That will be another chance for Georgie to do what she loves — engage people through her work and explore the shapes and connections that weave all of nature together.

“I am inspired to show culture beyond skin — the why of who we are and how we vibrate, taking things beyond realism. When we look at just what we see, it blocks how dynamic we really are. So, I like to pull in those different colors and different layers that allow people to wonder,” she says.

“It’s whatever you see.”

ANOTHER PORTION OF COOL STUFF

Check out the menu of stores at East Town Market: WEB 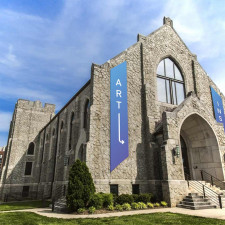 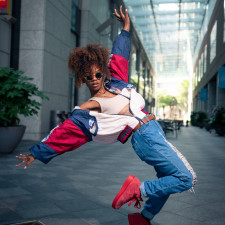 AS THEY SEE IT: Focus on Eight Great Photographers 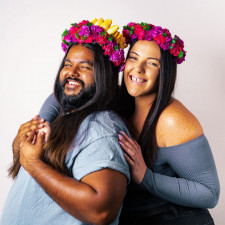 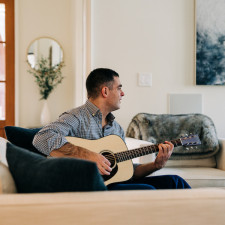 How Off Duty Doctors Get Creative