Delilah, a New Series on Oprah’s OWN Network, Was Filmed – And Set In – Charlotte

In TV and movies, Charlotte has stood in for Washington, D.C. and its Virginia suburbs (Homeland), Chicago (Leatherheads) and even a bleak, post-apocalyptic wasteland (The Hunger Games). But beginning next week, Charlotte will – finally – not be cast against type.

In a new series on Oprah Winfrey’s OWN network, Charlotte gets to play Charlotte.

And not a hayseed, Ricky Bobby kind of Charlotte (Talladega Nights – a movie I adore and quote often but one that’s rife with stereotypes about the South and Southerners), but a true-to-life, dynamic, growing Southern city. 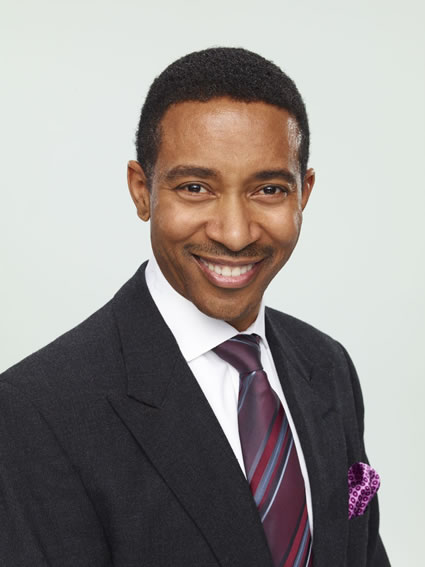 It’s a homecoming for Charles Randolph-Wright – York, South Carolina native, Duke University alum, Broadway star both on stage and behind the scenes.

Along with Winfrey and series creator Craig Wright, he’s an executive producer and also directed several episodes for the inaugural season. He’s relished the opportunity to introduce series stars to his home turf.

“I did not know Charles prior to Delilah,” said How To Get Away With Murder’s Maahra Hill, who plays Delilah. “But I am grateful to the show for the introduction! He is, by far, one of the best things about the show, and I’m certain we could not have done [it] without him. Craig, in his infinite wisdom, brought the perfect EP on board. Charles is the prodigal son of this city, and his knowledge of the location and connections within it opened doors for production that made such a valuable contribution.”

Ready For Our Closeup

They want to know about locations and local talent, but there are other considerations, too. “They always ask about accessibility, and I tell them we have direct flights to almost anywhere,” Petty said. “We have great hotels, great restaurants, a talented crew base. Filming in Charlotte is just a win/win.”

It’s a win for Charlotte, certainly. Delilah is also a win for women and particularly women of color. This series is about strong and strong-willed Black women. 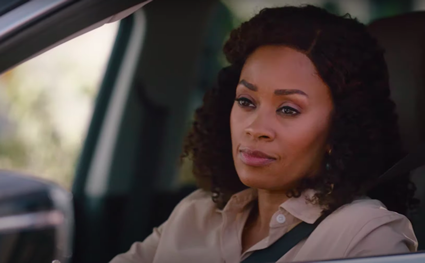 That was one of two main reasons Hill took the title role. “I was drawn to the series and role because of their commitment to portray African-American women in an authentic way that set aside stereotypes and celebrated our consistent heroism in a way that was real to me,” she said.

And then she added: “Also, Oprah!”

The series “was made to acknowledge the women … who are heroes in their own lives and the lives of those around them,” Hill said. “It acknowledges the strength, courage, compassion, intelligence and drive of women who are balancing professional and personal commitments. Delilah does it all with grace, but it’s not easy, and I think that authentic approach will appeal to many. We’re all just doing the best we can from one moment to the next.”

Randolph-Wright promises Charlotteans will see lots of familiar (local) faces during the season. City Councilman Braxton Winston gets some screen time, although he’s coy about what his role is. Unconfirmed, but reliable, reports indicate that Mayor Vi Lyles may make an appearance.

Winston, who also worked on set as a rigging grip and set grip, said he and others in local government can’t help but feel protective about how Charlotte is portrayed. “One of the responsibilities of City Council and the city of Charlotte is to protect the ‘brand of the crown,’” he said. “The government can’t determine what creators create, of course, but it’s something we are always conscious of.”

Charlotte is in good hands. “The city has a central role in the story,” Hill said. “Several opportunities to showcase and shoot at specific locations were intentional. Craig Wright and Charles Randolph-Wright wanted to shine a light on the Queen City.” 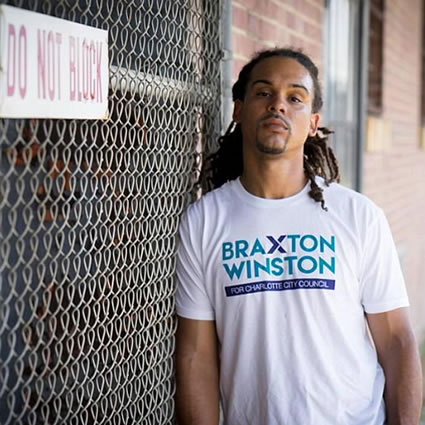 Winston is bullish on Delilah – and not just because he’s in it. “The potential for growing this industry here with Delilah – and hopefully future series – is exciting,” he said. “Being basically a character in a Warner Brothers production and OWN network series offers big possibilities.”

“With Delilah and the introduction of Tepper Sports and Entertainment into our market, there’s a growing entertainment business in this region,” he continued. “You have a unique kind of concentration of media-heavy industries. If we cultivate that environment, there’s no reason why more content can’t be produced here.”

It’s good for the city’s image – and for citizens. Charlotteans are in front of the camera, behind it and everywhere else on set.

“When productions come to Charlotte, we’re talking actors, artists, makeup artists and hair and so on,” Winston said. “But we’re also talking good-paying, middle-class jobs like truck drivers, welders, carpenters, electricians. I often tell people that arts and culture, particularly on the production side, is like the military. For any job in the civilian world, there’s a comparable job in the arts and entertainment world. And there are very few industries that have the type of spectrum of workforce development.”

(Note: Winston was born in Camp Lejeune, North Carolina, and his father served in the military.) 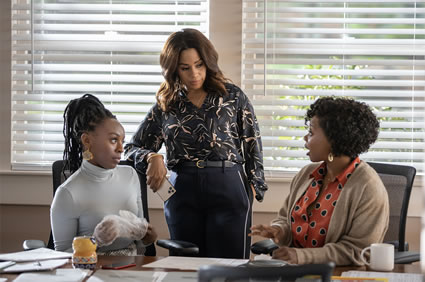 The Beginning of a Beautiful Friendship

Because of pandemic precautions, the cast and crew didn’t get to explore the city as much as they might have. Nevertheless, Charlotte impressed.

“The interactions, though minimal, with people driving by, delivering food, in grocery stores, etc. were so kind and gracious,” Hill, who lived in South End during filming, said.

“It’s the modern South with the best amenities nature could provide – seasons, lakes, mountains, rivers and gorgeous trees. I mean, the trees are stunning.”

The food’s good, too. Hill ordered out often and considers “the lobster roll – warm with butter – from Waterman’s and Lulu’s crab fries amazing.”

But she and her comrades were mostly focused on work during the months they spent filming. “We worked hard to bring audiences something we feel is pretty special,” Hill said. “Delilah will … get you hooked!”

Catch the series premiere of Delilah on Winfrey’s OWN network Tuesday, March 9 at 9 pm EST.