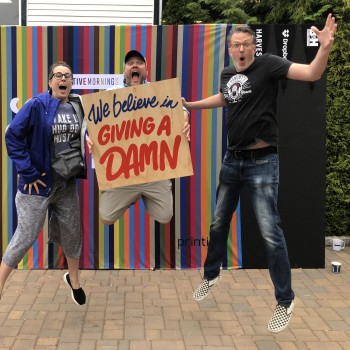 Sure, there’s plenty to fret about these days. But there’s a ton of not-evil stuff out there, too. Heck, some of it is flat-out joyful, generous, invigorating and/or awesome. That’s why we’re highlighting a handful of Good Things in every batch of The Biscuit — be they here in CLT or somewhere else in the world — that we think are deserving of your attention (and in some cases, perhaps even your hard-earned dollars). – Matt & Tim

The Radio Tisdas Sessions (2001)
by Tinariwen
Lately, I’ve reconnected with this album from Tinariwen, the Grammy Award-winning group of Tuareg musicians from the Sahara Desert region of northern Mali. I have been known to keep this album on repeat for days on end.

The Fitness Marshall
@thefitnessmarshall
Even if you hate to exercise, Caleb Marshall just might change that. Sarah and I love his wildly entertaining workout dance vids, his awesome energy and personality, and his messages of inclusivity, self-acceptance and empowerment. No, I can’t do the moves. But, I try.

“Miracle on the Hudson” Episode
The Charlotte Podcast

When I love something, I’m not shy about it. The Charlotte Podcast is easily my favorite Queen City Podcast. “But, wait! Tim, don’t you and Matt have a podcast?” Yep. And … The Charlotte Podcast with Miller and John is still my fave. They celebrated the 10th anniversary of the Miracle on the Hudson landing by interviewing two Charlotte residents who were on the flight. Terrific stuff. Check it out below. (P.S. The Queen City Podcast Network just relaunched their Web site, too.)

Inflate your own Bubble Wrap®!
Parody video by Sealed Air

Did you know that the company that invented bubble wrap — and that manufactures the air pockets that kept so many products from Amazon safe this holiday season — is headquartered here in the Queen City? Well, they are — SEALED AIR. I love companies with a sense of humor and this hilarious parody video, starring executive director of global marketing (and CLT actress), Jenn Grabenstetter, made my day.

I don’t know who created this street art, but I dig it. Obviously, I do. I parked my car and ran across traffic to get it because it is just that awesome. If you did it or know who did drop me an email at tim at charlotteiscreative dot com. I just wanna’ call … to say … I love you. 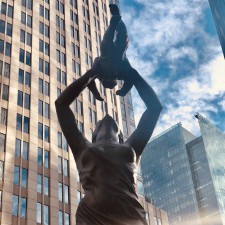 Our Favorite Biscuit Stories of 2020 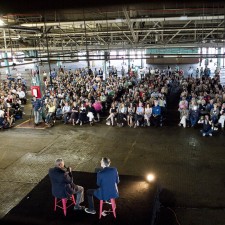 New Year. Same Four Walls. – How We Create Connections in 2021 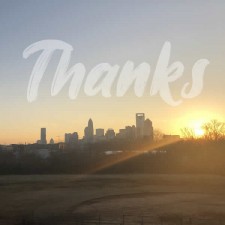 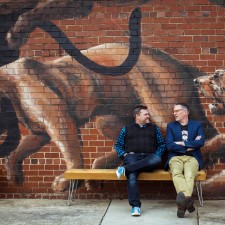