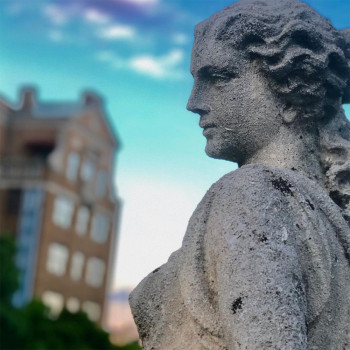 Ciao, bella! The next time you’re walking on North Tryon Street, look up … and you’ll find four marble statues, representing the four seasons, looking back down at you from atop the Foundation For The Carolinas. Information on the statues ain’t easy to come by, but we did a little digging.⁣

Despite showing the marks of weather and time, the four statues have held their stations high above the streets since the late 1960s when 220 North Tryon Street was home to high-end retail store, Montaldo’s, which became the Mint Museum of Craft + Design in the late ‘90s and eventually the HQ of the Foundation.

A Montaldo’s ad placed in The Charlotte Observer in 1969 heralded the opening of a new addition to the store, on which the statues were placed. The ad states that the statues were hand-carved by an 80-year-old Italian sculptor working near Venice.

⁣(NOTE: It’s hard to find accurate history on these works of art. The ad from ‘69 says they were made to Montaldo’s specifications by an 80-year-old sculptor. The stories from ‘70 and ‘71 say the sculptures themselves are 80+ years old.) 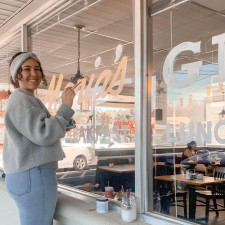 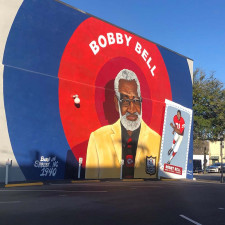 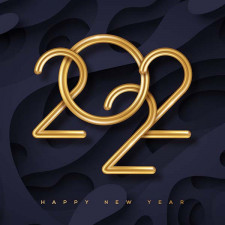 More to Explore in Charlotte for 2022