North Carolina composer and drummer Max Roach and lyricist Oscar Brown put the words above — and the lustrous jazz music in which they swim — into the world in 1960. They were part of a groundbreaking, six-track album, “We Insist! Max Roach’s Freedom Now Suite.” 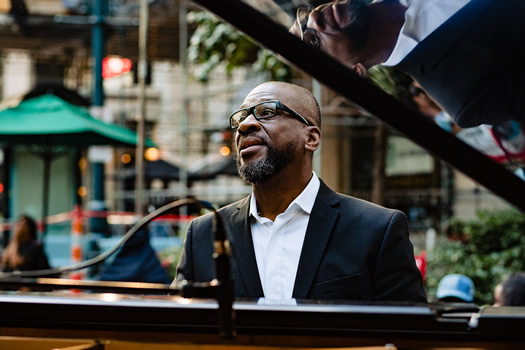 Some said the world wasn’t ready for We Insist! and its ideas about civil rights when it was released by Candid Records. But, this was how Roach and his collaborators chose to combat the inequities and injustices around them.

“[The album] was not acclaimed by critics when it was first released,” said Lonnie Davis, president, CEO and co-founder of JazzArts Charlotte. “Many thought the content and album cover were too controversial for the times. In the middle of the civil rights movement, jazz critics did not think that this method of protest was acceptable.”

“Today, its relevance grows,” Davis continued, “and it continues to resonate as we tackle the ongoing struggles for social justice and equality.”

The Past Informs the Future

Whether the world was ready or not, the music and the words expressed in We Insist! were powerful and prescient 60 years ago. They remain just as powerful and, sadly, just as relevant today.

The album “continues to resonate as we tackle the ongoing struggles for social justice and equality,” said Davis. 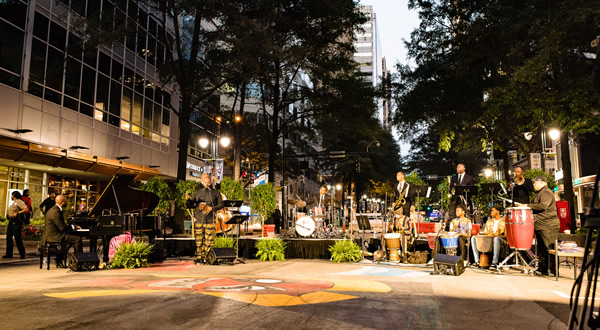 Dancers, spoken word artists and Dr. Willie Griffin, speaker and historian at the Levine Museum of the New South, also contributed their talents to the performance.

The performance of We Inist! was sponsored by the John S. and James L. Knight Foundation and U.S. Bank, with Charlotte Center City Partners and Levine Museum of the New South as program partners.

Persisting in a Pandemic

Due to COVID-19 restrictions, JazzArts Charlotte could not invite an audience to watch the Tryon Street performance in October. But, they recorded the event and are making it available to everyone online in celebration of Black History Month.

The film of the event premieres tonight on Facebook Live or YouTube Live at 8 p.m. It will be available online for the next six months.

“I acquired the transcribed We Insist! album scores from a music colleague,” Davis said. “Once these rare scores were in our possession, I felt that JazzArts Charlotte had the responsibility to present the music in a meaningful way. With our current restrictions, we wanted to make sure that the community still had access to this live performance.” 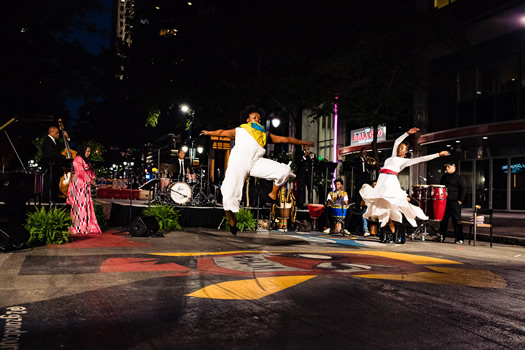 To keep crowds to a minimum, the performance was not promoted in advance. But, it still drew a crowd.

“I think passersby were quite shocked to see a grand piano in the middle of Tryon Street,” said Davis. “You can hear them cheering and applauding after each piece during the program. I’m sure the concert was a welcome surprise in the absence of most live performances and events.”

Full Line-Up of Musicians and Performers

A Photo Gallery by Ernesto Moreno 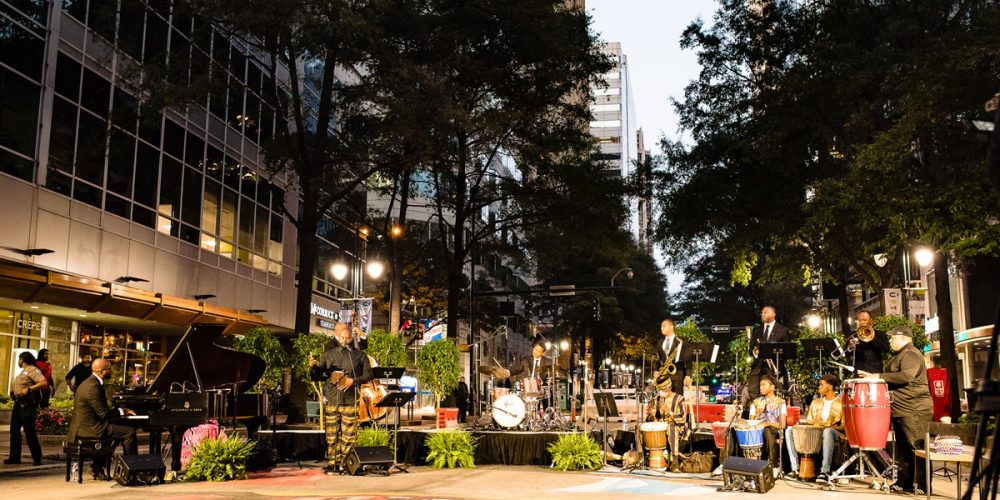 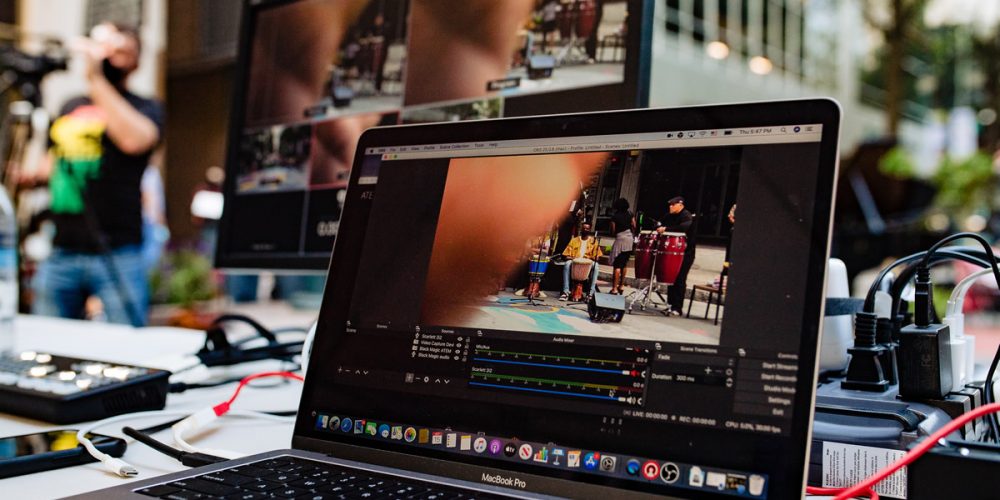 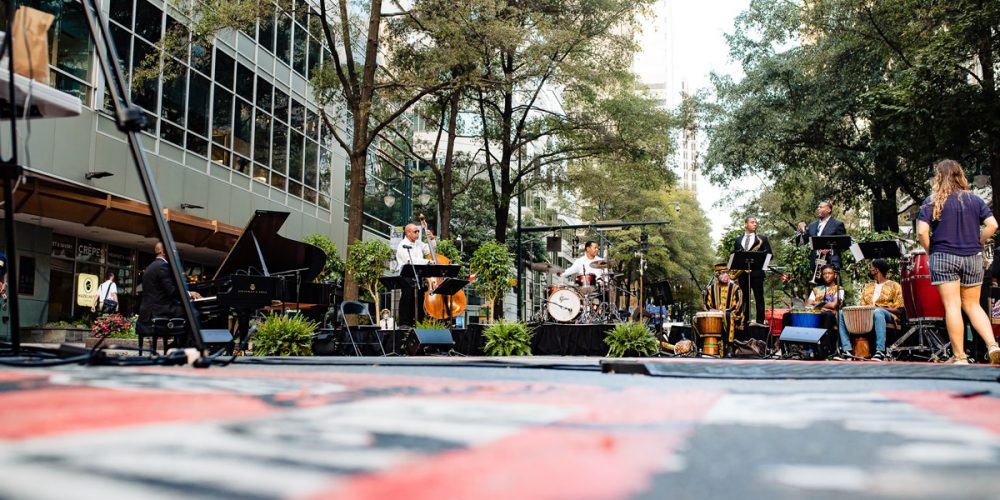 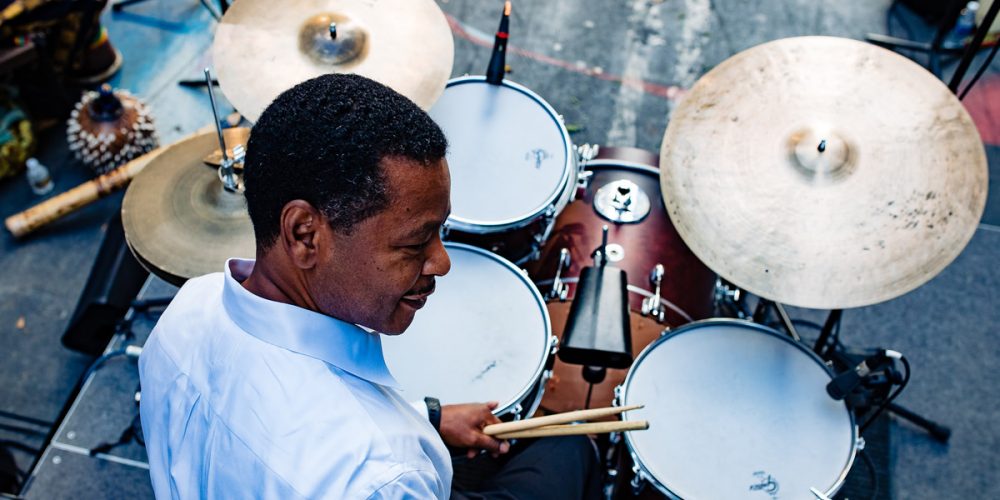 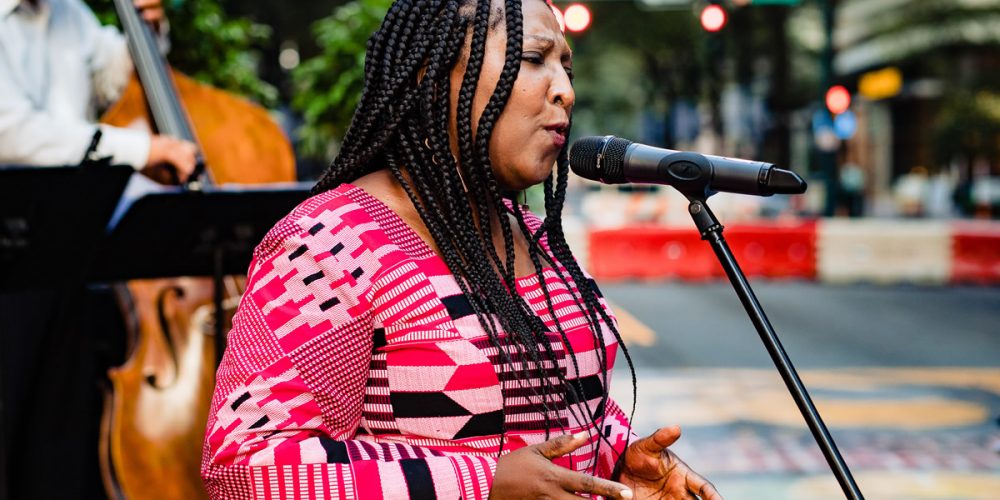 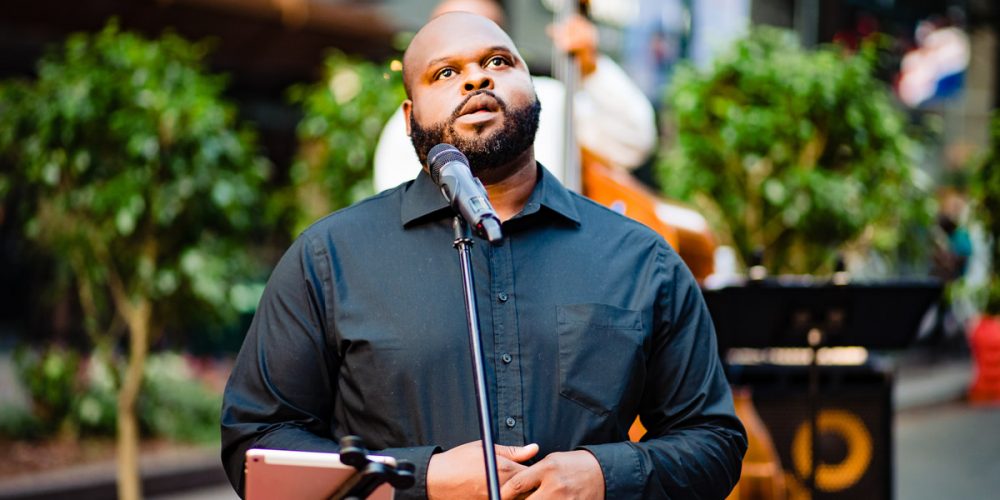 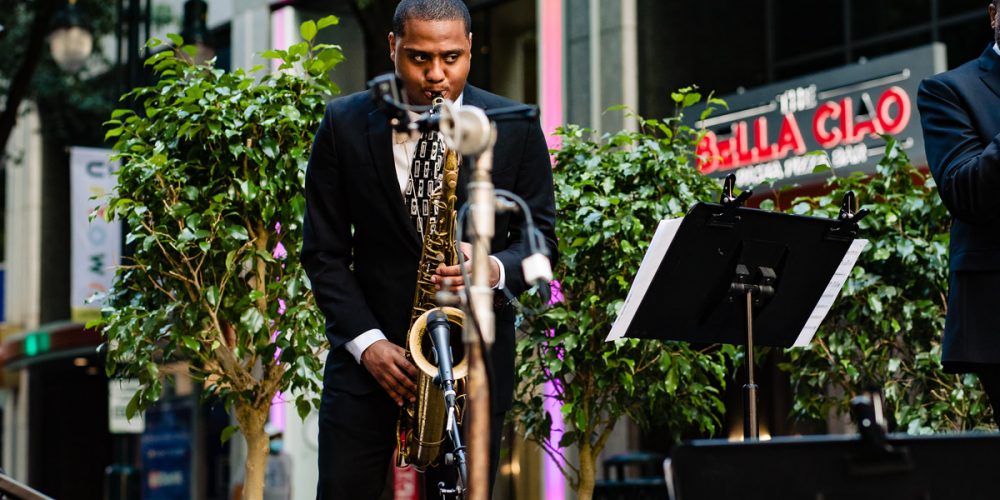 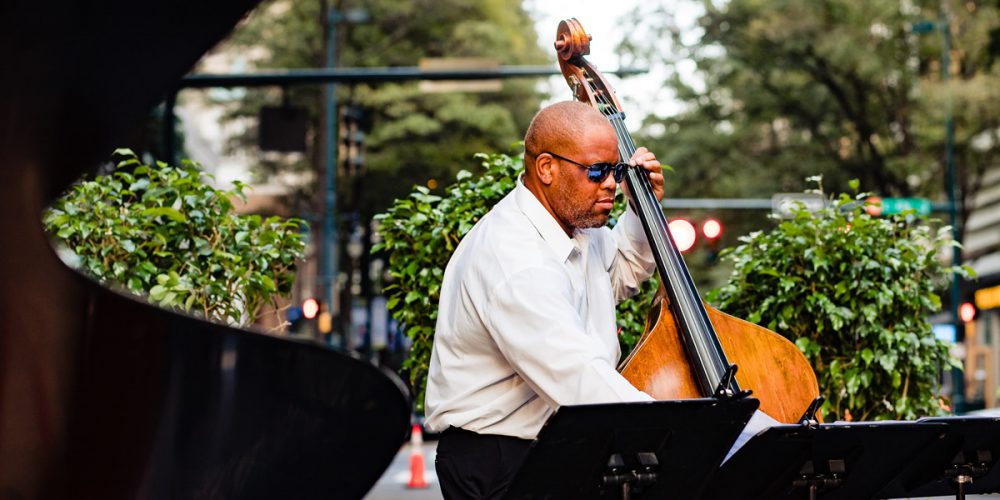 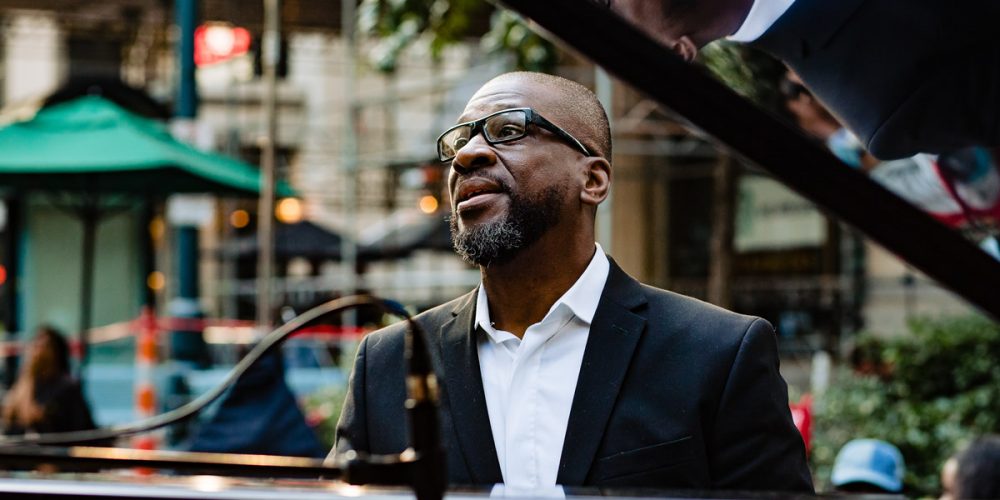 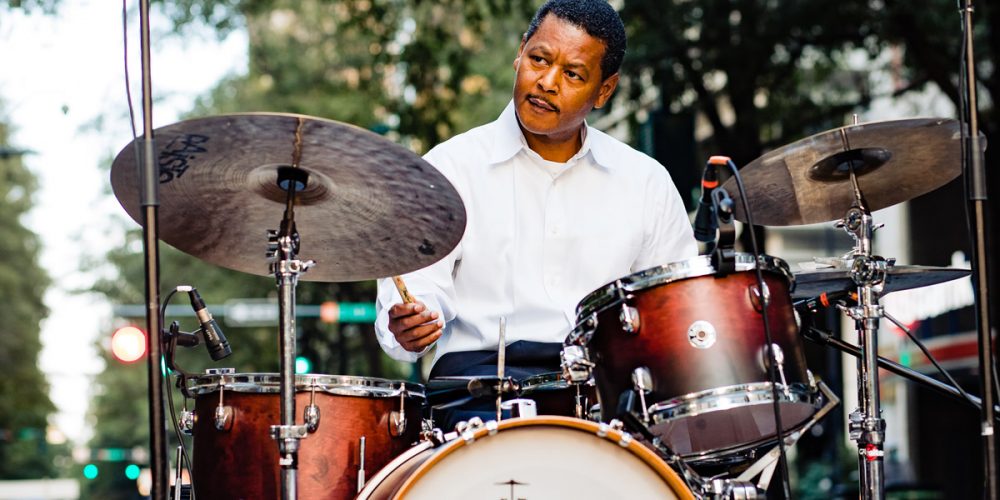 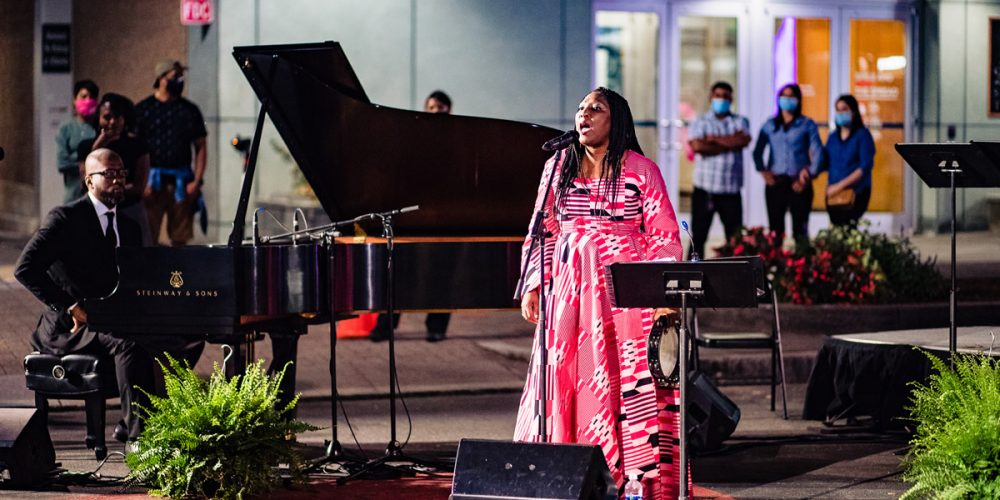 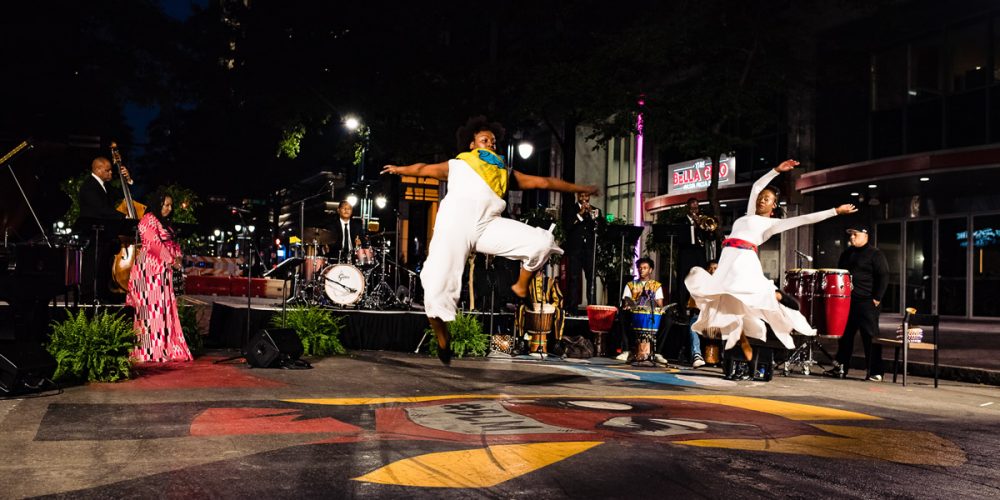 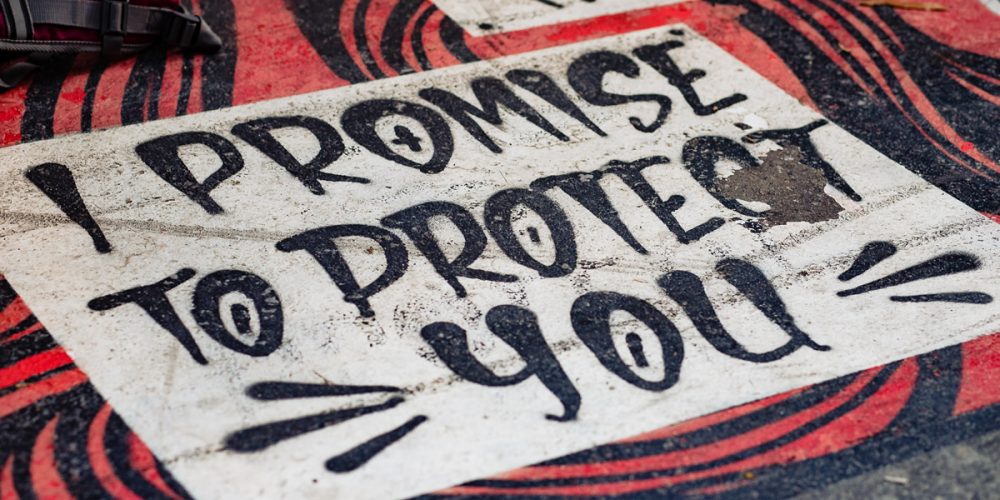