Like many before her, Jinna Kim got her start in Charlotte at a bank.

But it was Charlotte’s art scene – not the financial scene – that made her want to call the city home.

She was a summer intern in 2010 when she discovered, she said, “the Levine Museum of the New South, the McColl Center of Art + Innovation, the Bechtler Museum of Modern Art and the Charlotte Symphony.” Her experience convinced her to leave Charlottesville, Virginia in 2011 and move to uptown Charlotte – where she’s been happily ensconced ever since.

Prior to her stint in Virginia, she worked as an arts administrator in New York at the nonprofit Public Theater (also known for Shakespeare in Central Park) and later at The Museum of Modern Art (MoMA).

“After six years of living in New York, I realized working in arts and entertainment made me appreciate it less,” she said. “I started turning down free Broadway tickets! I felt like I was working in a specialized job in a specialized field, so I [got] my MBA in general management at UVA.”

But she’s not all business. She’s always been an artist, too. 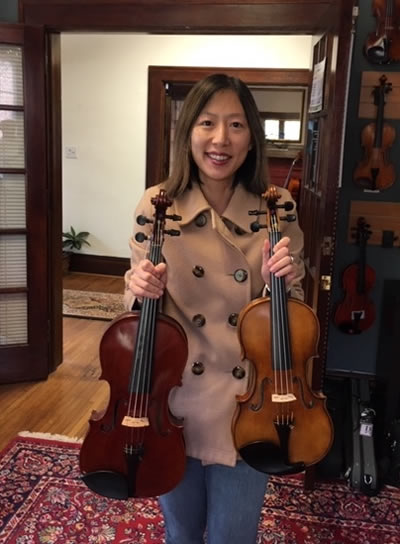 Kim came to the U.S. from Korea with her family when she was just 3 years old. She took up violin at age 10 and later learned the viola. Along the way, she’s learned a lot of other skills and disciplines.

Charlotte Is Creative (publisher of The Biscuit) has awarded her two HUG (Helpful Unfettered Gift) micro-grants – a $250 grant for a documentary short and a $1,000 grant for I Am America, a work in progress she hopes to complete by the end of the summer.

A few of her recent projects:

Kim looks at America through the lens of an Asian-American. “I hope to … highlight Asian-American, immigrant and other diverse perspectives while sneaking in some educational and unique cultural content,” she said.

Having a career and being a multidisciplinary artist requires a skilled time manager.

“While I cannot apply for or accept every arts opportunity I strive for, I try to make the most of the opportunities I can with the time I have,” she said. “I’m blessed and grateful to be able to make time for art and not worry about next month’s rent.” strangers punching me in the face simply for being Asian, or getting pulled over while driving based on the color of my skin.”

Few painters, poets or dancers retire early, and many live from gig to gig, paycheck to paycheck. Kim thinks everyone who pursues a career in the arts needs basic knowledge of personal finance. “I think all students should be required to take personal finance classes in high school and college,” she said. “Bonus points for teaching personal finance to even younger kids. It took my MBA for me to catch up, and out of choice, I still live in a one-bedroom condo with a kitchenette that doesn’t have a full oven.” 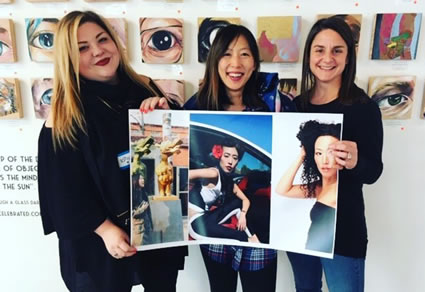 Even the short films she makes are expensive to produce. “It takes a village to make a short film or video,” she said. “And the entire village needs to eat. All my collaborators need money or resources for specialized equipment or skills and training.”

She pays it forward by ensuring all her work is accessible for free. And she saves money another way, too: “I rarely apply for things that require application or production fees. I often question: Why do artists have to pay to play? How come financially successful or famous people get free stuff?”

Kim has learned to do a lot of different jobs herself. She can write, direct, act and edit. But she still needs collaborators. “I grow as an artist through seeing their works,” she said.

Her film and video works require specialized equipment and skills. She calls on family and friends to volunteer their time – but that doesn’t always pan out. “I cannot get mad for anyone ghosting me,” she said.

She’s currently looking for collaborators for her second HUG project, whose working title is I Am America. Her goal is to address what it means to be “American” from diverse perspectives.

“The initial concept has broadened and evolved to become a quarantine series of shorter films and video poems that the public can access for free and contribute to.”