Priya Sircar will serve as the City of Charlotte’s first arts and culture officer beginning Sept. 13. The former director of arts for the John S. and James L. Knight Foundation in Miami oversaw Knight’s arts investments in and across the eight cities in which Knight has offices, including Charlotte.

“I’ve gotten to know Charlotte as not only one of the largest and fastest-growing cities in the United States, but also as one of the most creative,” said Sircar. “I am thrilled to work with this dynamic community on creating a new, comprehensive cultural plan that will serve current and future Charlotteans.”

Sircar has 20 years of experience in philanthropy, nonprofit management and consulting and is a champion for the arts, inclusion and equity. She earned a master’s degree in arts administration from Teachers College of Columbia University and a bachelor’s degree from the University of Texas. Before the Knight Foundation, she was an individual creative working to secure her own funding.

Comments below have been lightly edited for brevity.

BISCUIT: What led you to apply for, and ultimately accept, this job? 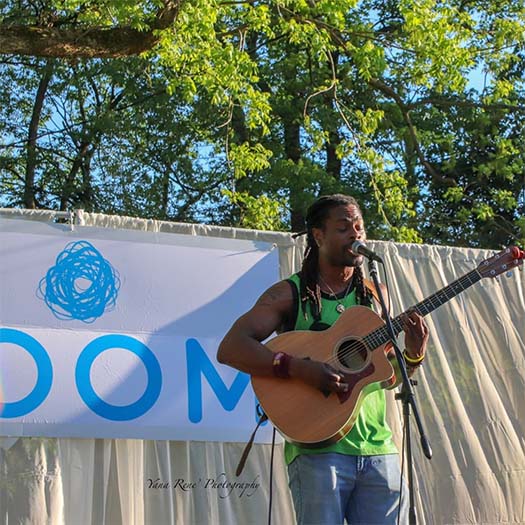 Sircar: I had the great fortune to begin to get to know Charlotte over these past few years in my previous role with the Knight Foundation … I really fell in love with the city and with the arts and culture community. I grew to care deeply about the well-being of the community.

So, of course, when this role came up, I was excited because it seemed to really bring together my familiarity with Charlotte as well as a lot of my professional experience and [interests]. I applied, and I’m fortunate that I was selected.

You’ve spent time in Charlotte. What are your impressions, and do you have any favorite groups or local haunts yet?

Something I love about Charlotte, which directly relates to my interest in this role, is that it has a really great mix of different types of arts and culture in various artistic disciplines, things to do and has a lot of folks currently working in their artistic practice … contemporary artists who are making interesting work.

And I find that to be thrilling, especially because I also have a background in the arts.
I’m looking forward to getting to know more artists and creatives and experiencing work they’re making – and also getting to revisit arts and cultural places and organizations that I might already know – Boom Charlotte, for instance – which I got to attend prior to the pandemic.

I’ve been to the Levine Museum, the Mint, the Gantt, and I really want to get to know other venues, organizations and artists that I haven’t yet gotten to experience.

I love getting to know any city by its local coffee shops. I’m a coffee lover and former barista, and my modus operandi is to visit as many local coffee places as possible. I’ve been fortunate to get to do a lot of that in Charlotte. I look forward to exploring even more neighborhoods and their coffee shops …

I will say one place I enjoy visiting is the food court at Seventh Street [Station] down the street from the library. I’m currently wearing my Queen City T-shirt that I got there on my first or second visit to Charlotte several years ago.

How wonderful that you know those marquee names, but also some of the smaller, newer arts happenings in Charlotte that maybe even some Charlotteans haven’t discovered yet.

And I hope they will. I’m hoping the cultural planning process will be one way that more Charlotteans get to know more about their wonderful local arts and cultural community.

What’s the first order of business for you?

Well, figuring out where to live.

But, my first order of business in my role is going to be listening, and that will continue to be the case as time goes on. I see my role as being the facilitator of a process that is going to yield a shared vision and a path forward.

And that’s absolutely rooted in listening to perspectives from across Charlotte, and also to my colleagues within the city and to our partners. Some of it will probably still have to be virtual given we’re still in a pandemic, but we’re all getting more used to operating in that way. 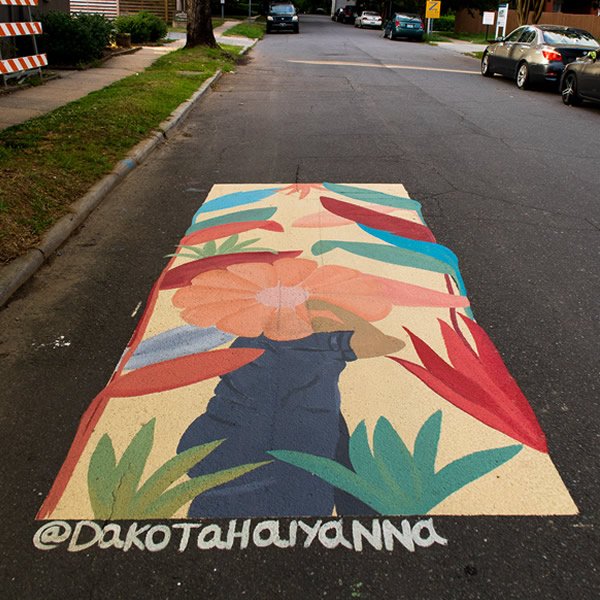 It’s because I’m curious and really interested to have conversations with a combination of folks I know and don’t know yet. My colleagues at the city are going to be among the very first, and I look forward to learning from them as I get into the new role.

I think of community engagement as a series of concentric circles where typically you start with folks you know or know of … and then you ask them: Who else should I be listening to?

You keep asking that question until you get to people that you don’t know or you don’t even know of, and you keep asking … and that is how, in my experience, you have a really good chance of getting to hear from folks who often are not heard and not asked.

The social media conversation that has been taking place [after my hiring was announced] has shown me that there are so many folks from across different walks of life who are interested in Charlotte’s arts and culture future. Among those, I’m seeing folks I do know and a lot of folks I don’t, and I am really eager to dive in and hear from all of them.

This is a time of great change in how the arts are funded and viewed in Charlotte. What do you see as the primary challenges? Opportunities?

I’ll start with the opportunities. A community-wide, comprehensive planning process is a really wonderful opportunity to have a community-wide conversation about arts and culture, and that doesn’t happen often.

Over the last several months, there has been more of a community conversation going on that’s been really exciting to me. I hope we can keep that momentum going as we get into the planning process in earnest.

I intend to put in the effort to make sure we are hearing from folks who are really representative of the full breadth of the Charlotte community. I think that is going to help us address some of the challenges.

So, of course, equity has been a challenge, and it’s one that has been talked about quite a bit and that, fortunately, a lot of folks have expressed sincere intent to address …

I think Charlotte’s arts and cultural sector has had challenges with resourcing for a long time that predated the pandemic, and unfortunately, the pandemic has intensified those challenges for organizations, artists and creatives. That’s going to be something we’ll need to work [on].

Affordability is another challenge. If there’s anything I’ve learned in my many years of working in arts and culture, it’s that arts and culture touch everything, and this is a great opportunity to figure out how we can address the challenges of affordability.

You’re a practicing creative yourself. What art form(s)? Talk a bit about your work. 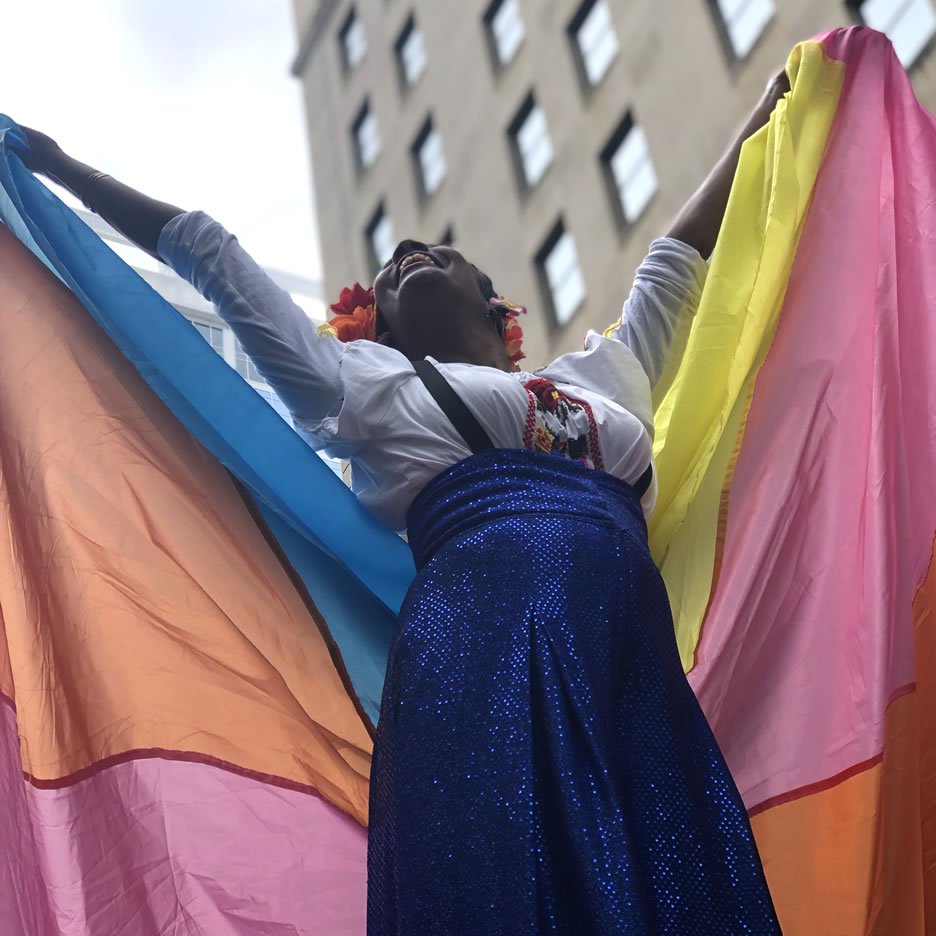 Street performer at Charlotte SHOUT! in 2019

Well, I don’t get to practice as much as I used to. But I grew up playing music and dancing, primarily. I grew up playing piano for 12 years and playing a little bit of alto sax, but I did keep up with dance and choreography.

I got into acting and film in adulthood. And I have written poetry. I guess my most recent/current thing is I’m working on a short film – not exactly a dance film but it incorporates dance and movement – and it was filmed during the pandemic when I was isolating with my family.

I’m currently finishing the edit of that, and that’s exciting because it brings together two of my passions – dance and film – and it’ll be my first time directing something.

What’s it like seeking arts funding given that you, yourself, are an artist?

Oh, it’s a fire in my belly. I’ve applied for grants that I’ve gotten and not gotten. When I don’t get them, I try to get feedback as to why.

I’ll give one example: There’s an organization I really respect in Austin – the Austin Film Society – and I was a member for many years. My husband is a filmmaker and so, each of us has independently applied. [We have not gotten funding] … but the way that they interacted with us was so wonderful, thoughtful and sensitive; they gave us feedback that was constructive.

It’s been 15 years since I was declined. And still, I’m beating the drum for Austin Film Society because it was all about the way they interacted, the care they took with artists and the way they create this welcoming environment for anyone from a film lover to a filmmaker. [My husband and I] went from being just people who showed up to their movie screenings to becoming filmmakers. My husband eventually did his MFA in film.

As a grantmaker in the past, I tried to have that be my North Star. If every interaction can be a positive one, that’s of value. Maybe the dollars don’t happen, but there are other ways to make it a meaningful and beneficial interaction. That’s what I’m striving for.

There are those who say government shouldn’t have a role in the arts. What do you say to those people? 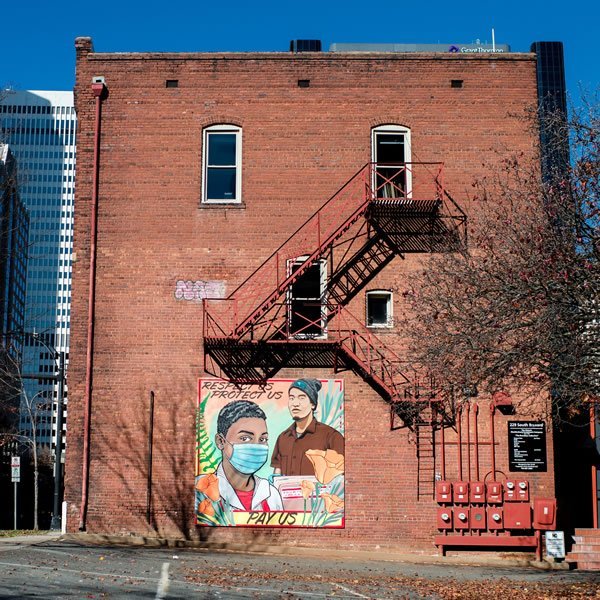 The public sector has a role to play, and the private sector has a role to play … and private individuals have roles to play. That’s another reason I’m excited about this forthcoming planning process because all those different entities have a need to be involved in meaningful ways to lay the solid groundwork for the plan to be implemented and for the future of arts and culture to be successful.

How would you say the Charlotte creative community is viewed by the outside world?

That’s a great question. From conversations I’ve had with folks who either have moved to Charlotte from elsewhere to be artists or are artists in other cities and have some familiarity with Charlotte, I think they view it as vibrant and interesting.

Who’s coming to Charlotte with you?

My husband and our nearly 5-year-old daughter.