Julie Nhi is an artist – and one whose work is sought-after.

The canvases on which she works, though, aren’t traditional. They’re not watercolor paper or cradled board or a canvas panel.

Nhi creates her art on fingernails.

Her art studio is her nail salon, Cosmic Nails in South End, which she opened in 2016. Nhi thinks of herself as an artist whose medium happens to be acrylic nails rather than, say, acrylic paint. 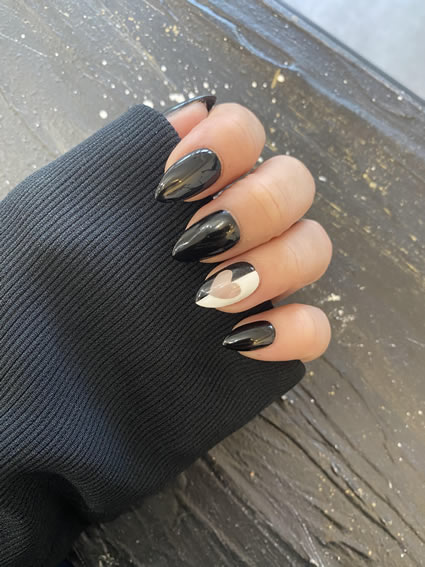 “I am naturally an artist,” she said. “Life took me in this direction, and I believe this platform will lead me to my next creative endeavors.”

Acrylic is not her only medium. She also paints clients’ real nails if they prefer. What she doesn’t do are toenails.

Her artistry – she and her team hand paint every design – isn’t meant to last forever. It’s not the Sistine Chapel. Two to three weeks is about how long a client can expect her (or his) nail art to last, although it does depend on the clients’ lifestyle. (Yes, his. Male manicures are the latest trend, Nhi said.)

Then again, it doesn’t take Nhi or her staff decades to create their art. An hour to 1.5 hours is typically what a client can expect to spend in the chair. That’s nothing compared to what the Chinese had to do in 3000 B.C. (For context – that’s about the time Stonehenge was being built.) The colored solution sometimes had to be applied and allowed to set overnight for it to adhere.

Powered by Social Media (and History)

Nail art is all the rage now – thanks mostly to social media, Nhi said – but the practice is ancient. It may date as far back as 5000 B.C. While nail scholars (just kidding – that is not a scholarly pursuit, as far as I know) think the practice of adorning one’s fingertips began in India. 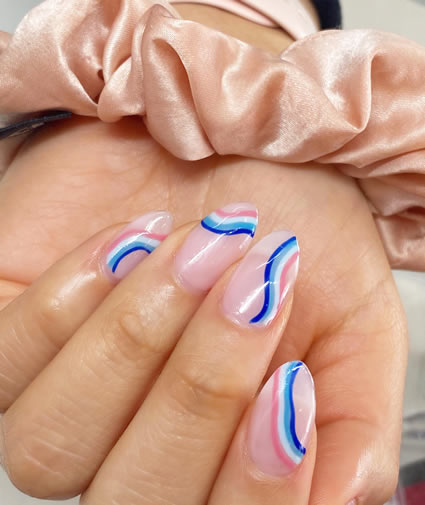 Two thousand years later, the Chinese took it to the next level by crushing orchids and rose petals to get the perfect shades of pink and red.

Guess who may have been the first to get manicures? Menfolk! Sources (and by that, I mean Google) say that aristocratic men in Babylon used to color their nails with kohl to give them that dark, smoky look.

It was part of a ritual they practiced before going to war, which is funny because the last thing you’d want to do after getting a manicure today is risk breaking a nail.

Warriors with painted nails – I wonder if that’s where the expression “tough as nails” came from?

“I have a very adaptable team,” Nhi said. “With my guidance, they have grown into very talented individuals, artistically and professionally.”

There just aren’t enough of them at present. COVID-19 made it hard for Nhi to find good help, she said.

“Right now, the industry is experiencing growing pains in producing nail artists,” she said. “It is relatively hard to find someone that is creative and professional.”

It helps her and her staff if clients bring in a photo of the style they’re going for. It makes for a more efficient experience, Nhi said.

Nhi suggested clients be prepared to be patient. “The expectation of producing picture-perfect nails can be unrealistic,” she said. “But, know that here at Cosmic Nails, we … will always strive to produce quality work and an enjoyable experience.” 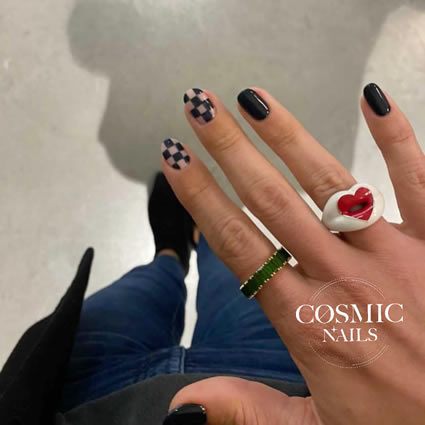 No idea is too outlandish to request. (Well, they might not be able to dip your nails in kohl or crush orchid and rose petals.) Nhi was able to honor the most unusual request she’s ever gotten.

“Someone requested Winnie the Pooh characters on each nail,” she said. “It was worth the time and effort because she was so happy with them.” They lasted for six weeks. (One presumes the client didn’t have to go into battle.)

Nhi’s nails are manicured, painted and a good advertisement for her business. What’s on Nhi’s nails now? She uses the Après NailGel-X nail extension system. It’s a professional press-on product, she said, that uses no chemicals and is designed for people who want extensions without committing to fill-ins every two weeks.

“Also, there are tiny smiley faces and daisies nail art on them,” she said.

Smiley faces? Nail art has come a long way since Babylon. Can you imagine what the opposing side would have done when confronted by an enemy with smiley face nails? Maybe that could’ve saved civilization from centuries of warfare.

Nothing says “We come in peace” like smiley, daisy nails.

More at your fingertips.

More Charlotteans Who Nailed It

A few weeks ago, we asked our followers on Instagram to name the most creative nail artists in Charlotte. Julie Nhi and Cosmic Nails were definitely on the list, as were Trilla Nails, Artisan Nail Studio, The Good Polish, Majestix by Nette and Mimosas Nail Bar.