“As humans, there’s a few basic things that we truly desire — the sense of belonging or being a part of something greater than ourselves, a sense of accomplishment and a sense of safety.
Creativity is one of the few natural forces that has the ability to accomplish all three.” – Lucas Ayres, founder of CLT Shooters

When you can’t find your tribe, sometimes the best course of action is to start one yourself.

That’s just what photographer and native Charlottean, Lucas Ayres, did when he founded CLT Shooters, a collective of professional, amateur and first-time photographers and videographers, in 2017.

After leaving college and returning home, Ayres wanted to indulge in and hone his love of photography and make friends. Through starting a local photography-focused Instagram account, he hoped to meet three or four photographers. 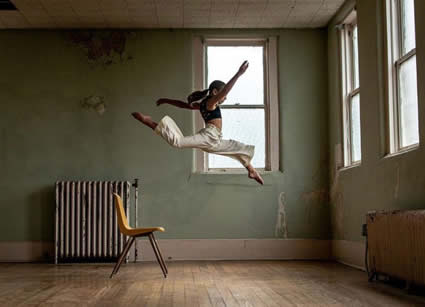 Professional partnerships and careers have sprung out of the group, as well as a print magazine whose first issue just dropped.

For his work to establish CLT Shooters, Ayres earned a Bolt of Inspiration award from The Savage Way and OrthoCarolina at the February meeting of CreativeMornings/Charlotte.

To develop the full picture of how CLT Shooters started and where it’s headed, Ayres put down his camera for a few minutes to share his story.

How did you fall in love with photography?

I got my first “point-and-shoot” camera in eighth grade, just before I went on our school trip to Washington, D.C. While there, I took a few photos, but ended up with food poisoning.

As we traveled to all the various places through D.C., I spent a good bit of time sitting on benches feeling like crap and looking back over the pics I’d taken. I zoomed in to see all of the details that I had missed when I was there. I was fascinated.

As I grew older, I kept taking pictures with my trusty point and shoot — mostly of my youngest sister, Jessica, who was between 2 and 5 years old around that time. My love of photography sprung from spending that time with her, creating and capturing memories that I’ll hold onto forever.

What led you to found CLT Shooters?

After dropping out of college in the spring of 2017, I knew that what I wanted to do was something that involved cameras. One of my big goals was to go to Full Sail University in Florida to pursue a career in the film industry. But, I’d recently dropped out of school because I didn’t have enough money for rent. Film school didn’t seem very realistic.

Facing this, I looked for free or cheaper solutions that would allow me to immerse myself in photography. That’s where I came up with the concept of a social media page specifically for camera-related topics in Charlotte.

I started CLT Shooters in 2017 with the hopes of finding maybe three or four people I could hang out with and would allow me to start to learn how to use a camera. I always thought it’d be cool if one day it grew into something huge, but I never really thought it’d get anywhere near as popular as it is today. 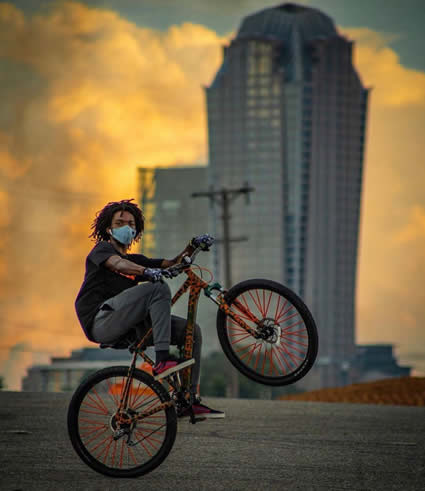 After starting, nothing really happened over the first seven months. Then, in September 2018, I realized that the hashtag – #CLTShooters – had 2,000 uses. This absolutely blew my mind. I started to see the potential of what CLT Shooters could become.

How did your meetups begin?

I organized the first meetup in October 2018. Thirty or 40 people showed up. By March 2019, our hashtag hit 10,000 uses and we partnered with the Charlotte Fair carnival to offer our community discounted tickets to the fair along with a meetup. It was very popular. We had hit our stride. And, then COVID struck.

I was pretty much ready to call it quits with us not being able to do events — absolutely devastated. It really wasn’t until the protests around May/June of last year, that I saw the support Charlotte has as a whole — for creatives to come together as a community on a large scale. I was inspired to take CLT Shooters to the next level.

I broadcasted live from the protests uptown. I was detained (and released a few minutes later while livestreaming.) The number of people that personally thanked me for doing that and were instantly doing everything they could to make sure I would be OK and taken care of was one of the first times that I really felt like CLT Shooters was something that mattered. I saw that it was something people were genuinely thankful for.

How many members are there now? What is the range of skills they offer? 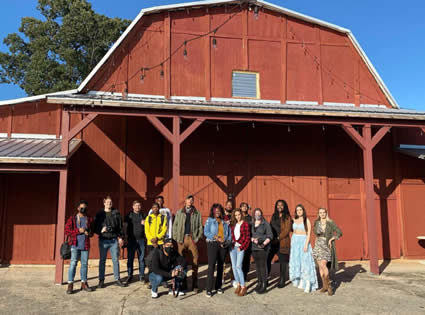 It’s hard to say how many members there really are in CLT Shooters. We’ve only recently started offering any type of organized membership. But, the number of people who associate themselves as a part of CLT Shooters is somewhere around 600 people.

There are always new faces showing up when we meet. You’re never going to have the exact same group of 50 people show up to any one event. Their skills range everywhere from beginners with iPhones to seasoned veterans with 10 to 30 years’ experience ranging from family portraits to large-scale commercial productions.

I learn something new about photography, videography, cameras, production, editing, business, modeling, etc. every day due to the diversity and knowledge – of the CLT Shooters community.

Have you seen it build creative careers?

CLT Shooters has definitely helped people grow and excel their careers. Some people who weren’t full-time photographers a year ago, are now. They’ve told me that CLT Shooters played a big part in what allowed them to build their portfolio or acquire the know-how to advance their work. It’s really cool to see how something that started off as such a small idea has impacted people’s lives to the point that it’s had major impacts on their career or life paths.

This year, we’re launching the second and third issues of our magazine. We also plan to launch a podcast series, a video web series, a fashion show and (at least) one film festival.

We hope for 2021 to be a big building year for us, as we are going to use it to lay the foundation for many projects that we hope will one day grow into something that helps Charlotte’s creative community receive continued national and international recognition.

The Bolt of Inspiration award is sponsored by The Savage Way and OrthoCarolina.