TURNBACK TUESDAY: Charlotte’s Role in “The Hate U Give”

It’s “Turnback Tuesday,” y’all — that time of the week where we reheat a past Biscuit bite that has relevance for today. With the 2018 movie, “The Hate U Give,” popping up on HBO this summer, we’re serving up this interview that Jonathan McFadden conducted with local actor and host of the You May Have Seen podcast, Brian Lafontaine, about his role and the experience of being in a film that has particular resonance for the Queen City.

And, after reading this, get prepared for Jonathan’s second installment of his series on the past, present and future impact of gentrification on Charlotte creatives and our entire population. It will drop in the July 3 batch of The Biscuit.

This article was originally published on December 13, 2018.

Most recently, the 48-year-old Charlotte-based actor was Detective Wilkes in “The Hate U Give,” a film based on the New York Times bestseller of the same name.

“It’s probably one of the most intense on-camera acting experiences that I’ve ever had, because of the subject matter and the scene itself,” he says.

[We interviewed Brian about his role in the movie. Our conversation touched on race and class and how the two clash in Charlotte. Listen to it here]. 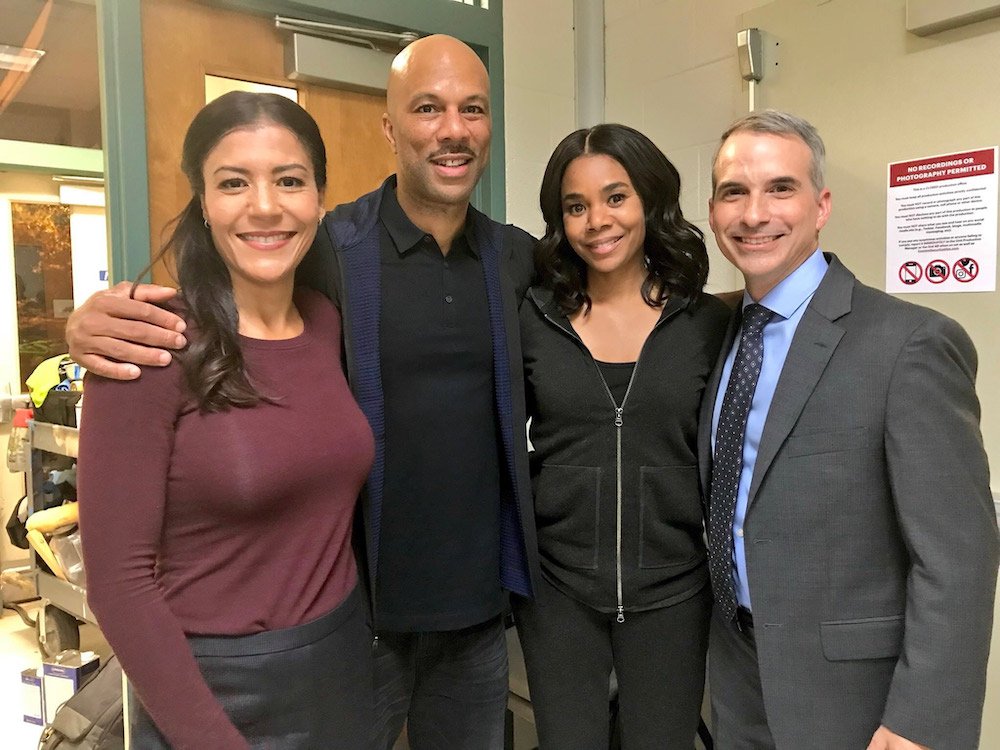 The movie hit theaters last month and, since its debut, has earned critical acclaim for its moving portrayal of Starr (played by Amandla Stenberg), a black teenager who witnesses her friend — another black teen — shot and killed by a white police officer. In it, Brian plays one of two detectives who questions Starr moments after the shooting in a tense interrogation room scene. And while his part in the movie is small, Brian says the role was perhaps one of the most profound of his 25-year career in front of a camera.

A Charlotte transplant from Rhode Island, Brian began acting professionally in the late 1990s after stints in stand-up comedy and theatre. He gets plenty of speaking roles, but he’s usually the bellman at the hotel, the random white-collar criminal on the golf course or the doctor bearing bad news.

His part in “The Hate U Give” was no exception. But it was a little different.

“It’s an incredibly important story. It’s rare to be part of something that powerful,” Brian says. “I don’t think I was expecting to be as affected by it as I was.”

That effect? A sobering reminder that what audiences see in “The Hate U Give,” though fiction, is true to life for people of color. It feels eerily similar to events that played out in Charlotte just two years ago when Keith Lamont Scott, a black man, was shot and killed by a black police officer. That incident birthed days of protests and riots.

Brian hopes the movie starts the conversations that lead to solutions. And while he was already aware of the issues black Americans face, starring in this movie has put him closer to the struggle.

“I hope people go see it and really pay attention to it,” he says. “It was my first time being in a scene like that so charged up with racial tension. Being a white guy, I didn’t know how to prepare for that. I was not prepared to feel what I felt when I actually got on set.”

“It’s been two years already and it seems like, here in Charlotte, the subject’s been brushed away,” Brian says. “I don’t know that it’s sunken in here in Charlotte. I don’t think that it has.”

Listen to Jonathan & Brian’s conversation on “You May Have Seen.”