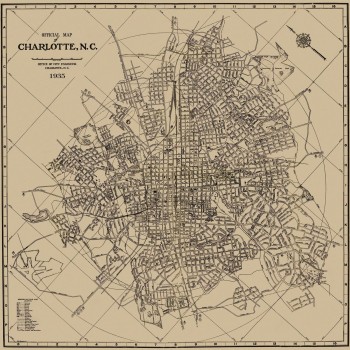 When Charlotte’s new Major League Soccer team, Charlotte FC, unveiled its logo, they rooted it in Charlotte history. As a community historian, I sure do love that.

The logo is a circle, like a coin: “recognizing the city’s modern status as a major US financial capital as well as its history as the first American city with its own branch of the US Mint,” says the Charlotte FC website.

It’s got a crown: “symbolizing the royal legacy behind the city’s name,” which honors Queen Charlotte of England, our ruler when Charlotte began in 1768.

And, the crown has four spires: “the spires represent each of the four wards of Uptown Charlotte.”

So what’s the history behind those four wards?

To start with, a ward is an election district.

Back in 1851, as Charlotte began a growth spurt driven by the arrival of the region’s first railroads, the city got big enough to split into two election districts. The city had barely a thousand people in 1850, over two thousand in 1860, then 4,437 by 1870. Wow!

So in 1869, local leaders re-split us into four election districts — the four wards. Trade and Tryon streets formed the boundaries. Each ward extended outward to about where I-277 runs today, which was then the edge of settlement. 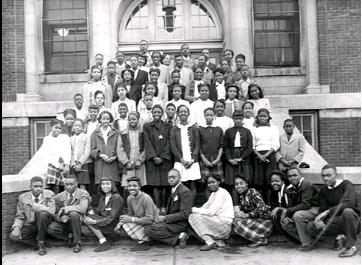 The ward system lasted into the early 20th century, when Charlotte shifted to electing its local leaders at-large. Districts would come back in the 1970s, an effort to make sure that people in all parts of the city had a voice in government. The new City Council district boundaries, however, didn’t follow long-ago ward lines.

Yet the wards did not fade from memory. They lived on in names such as First Ward Elementary School, still in existence on N. Caldwell Street. And, Second Ward High on Martin Luther King, Jr. Boulevard, demolished in the 1960s but with an active on-going alumni association.

In the 1970s, young families rescued Victorian houses that were about to be demolished in the vicinity of W. 9th Street and N. Poplar Street. That became the Fourth Ward Historic District. Soon that energy spread to Third Ward, today a bustling residential area off Cedar Street behind Johnson & Wales University.

Want to explore more stories behind Charlotte places? Check out the new edition of Sorting Out the New South City, a history of our city’s growth. [Available at Park Road Books.]

EDITOR’S NOTE: You can also dive deep into the history of the Brooklyn community in Second Ward, which was lost to urban renewal in the 1960s, at the “Brooklyn: Once a City Within a City” exhibit at the Levine Museum. Earlier this year, Jonathan McFadden wrote about his experience touring the exhibit with Tom here in The Biscuit. 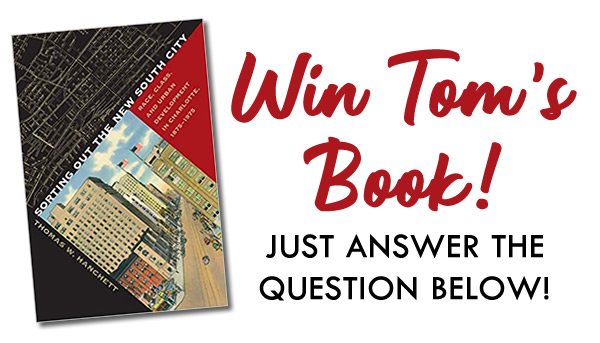 We have three copies of “Sorting Out the New South City” for the first people to contact us with the answer to this question:
“One of the only remaining buildings from Brooklyn stands at the corner of Brevard and 3rd in Uptown Charlotte? What is that building called?” 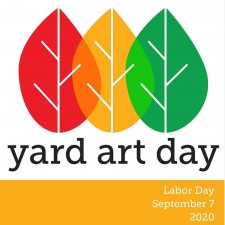 Get Out There! Yard Art Day is Back 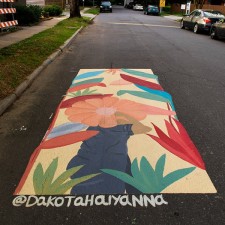 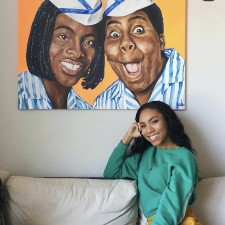 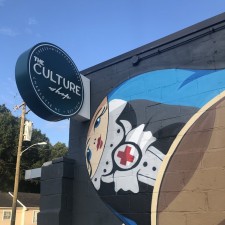