Searching for Hope in Despair City 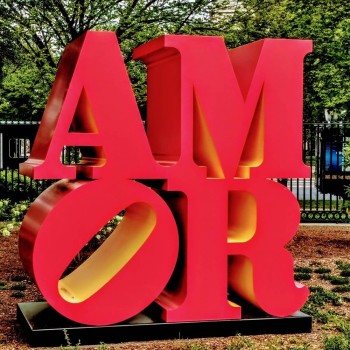 EDITOR’S NOTE: The Biscuit does not have a political affiliation, but we are unabashedly devoted to making Charlotte a place where everyone feels seen, heard, valued and welcome. We believe in the American ideal that all opinions and perspective, even those with which we disagree, have a place here. And, we support our creatives sharing their experiences in the current political climate inside and outside of the Queen City, especially when they address the role that art and creativity plays in helping us explore the challenges and opportunities that lay before us. We are thankful to Page Leggett for allowing us to be a conduit for her moving story below. – Tim Miner & Matt Olin

I was already feeling out of place and out of sorts.

I was back in Washington, D.C. – that majestic, but maligned, city that’s been labeled a swamp and actually feels like one in the middle of August. For me, Washington is more than whoever the current occupant of the White House is.

When I moved there, George H.W. Bush was president. When I left, Bill Clinton was president. I’ve never felt more grateful to be an American than I did at Clinton’s inauguration – the one where Maya Angelou read, “On the Pulse of Morning.”

“A Rock, A River, A Tree
Hosts to species long since departed,
Marked the mastodon,
The dinosaur, who left dried tokens
Of their sojourn here
On our planet floor,
Any broad alarm of their hastening doom
Is lost in the gloom of dust and ages …” 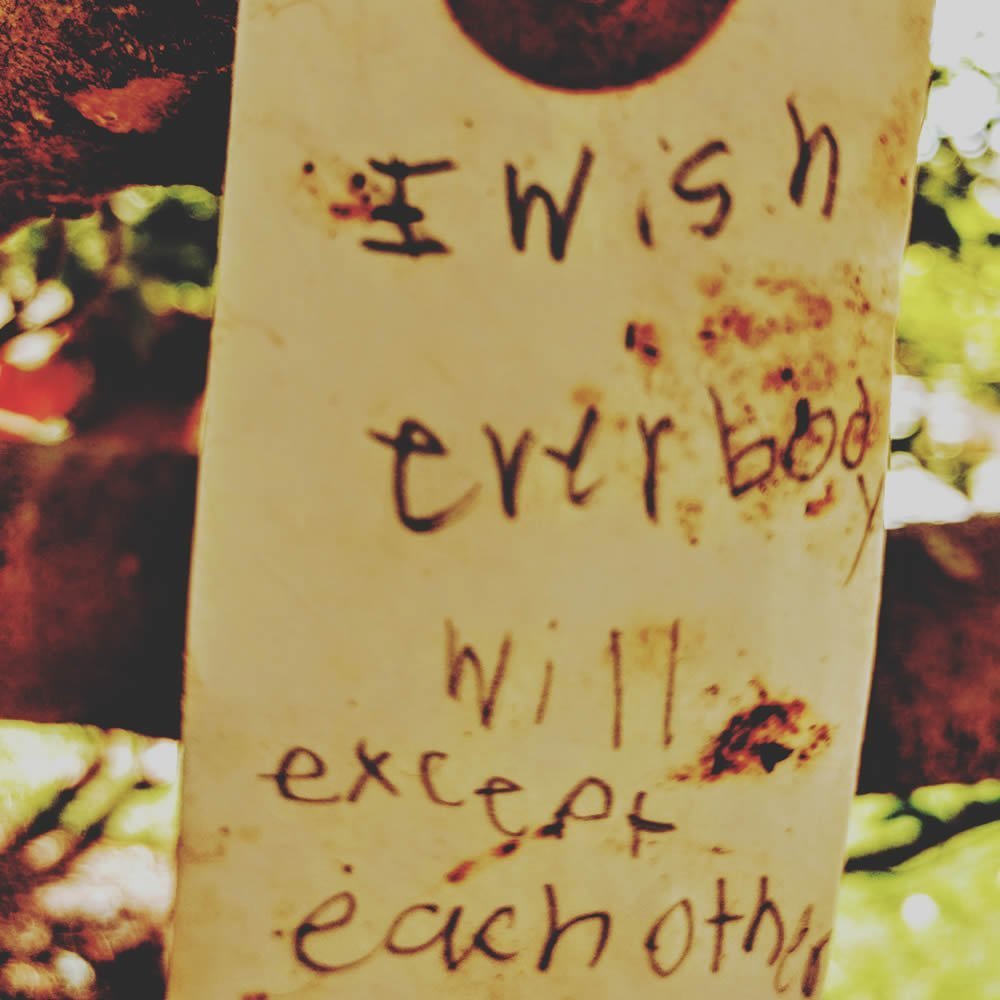 It’s 1991, and I’m reeling from an ill-conceived and aborted-at-the-last-minute move with a friend to the Virgin Islands. I have just days to figure out a Plan B. I’d already quit my job, told my housemate I was leaving and started packing the few belongings I had acquired by the time I was 25. I had friends in D.C., including – crucially – one who was living in her late grandfather’s house and had a spare bedroom.

It was only a few hours away by car. If this failed spectacularly, as the Virgin Islands thing had, it would be easy enough to get back home. If a city can serve as a savior, D.C. was mine.

Before long, I had roommates who would become lifelong friends, a cute rental house right beside a Metro station, a temp job on Capitol Hill and, soon enough, a real job with a global PR firm.

I lived through what was the most devastating thing to have happened to me in my young life – my friend backing out on our would-be move – and hadn’t been broken by it.

It took some time – being as directionally challenged as I am – but I eventually learned my way around the city. I was gaga over seeing Sen. Arlen Specter and Sen. Ted Kennedy or NPR’s Nina Totenberg on the streets of D.C.

I was living in a tourist destination. Friends wanted to visit me, and I wanted to show off how I could navigate those tricky traffic circles and get us to the Kennedy Center, the 9:30 Club and the Lincoln Memorial.

My pals and I were regulars at the South Austin Grill in Old Town Alexandria and the legendary Sign of the Whale on M Street, right across from my office.

Returning to the city that saved me – yet feeling like a stranger here – was disconcerting. I no longer knew my way around. Neighborhoods that had been abandoned in the early 1990s were now hot spots. The Metro, which I once had mastered, now intimidated me.

The iconic cowboy mural in Adams Morgan was literally the only thing in that neighborhood that looked familiar to me. You really can’t go home again.

To the National Portrait Gallery

I took a Lyft to the National Portrait Gallery. I wanted to be sure I got there without wasting time being lost – something I’d done already just two days into my sojourn. I couldn’t maintain the usual meandering pace I like in museums. I had assignments, deadlines. I was on a mission. I wanted to see the newest portraits in the collection – Barack’s and Michelle’s.

I arrived on the third floor of the museum and felt that familiar lost feeling. A kind-looking security guard walked by.

Me: Do you know where Michelle Obama’s portrait is?

Elderly, African-American security guard: Do I know? Amen. Let me take you to her. She’s waiting on you.

Me: I’m afraid I might start crying when I see her.

Security guard: (Grabs my hand) That’ll be all right if you do. I miss Michelle, too. These are sad times. But we gotta fight, yes, ma’am. We just gotta fight. 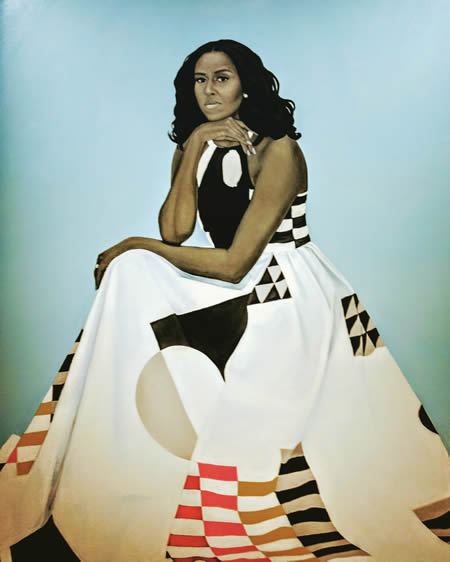 We held hands as he escorted me to Amy Sherald’s regal portrait of the former First Lady. I’d seen it in photos. I’d seen the viral image of the little African-American girl staring up, in awe, at Mrs. Obama. Still, I was unprepared for how I would feel before her.

I was already crying when I reached the portrait.

I did miss Michelle.

I miss having a president who puts the interests of the country ahead of his own. I missed the D.C. of my youth. I missed the feeling, so prevalent in twenty-somethings, of possibility. That time is on our side.

I met Michelle’s gaze and felt gratitude for her service. I wondered for a second whatever became of Melania’s #bebest campaign. But I didn’t want to keep crying. I needed to compose myself and get back to the hotel to work.

Later that afternoon, I Googled Maya Angelou’s poem from Clinton’s first inauguration. She made sure to include everyone:

“You, the Turk, the Swede, the German, the Scot …
You the Ashanti, the Yoruba, the Kru, bought
Sold, stolen, arriving on a nightmare
Praying for a dream.”

How, in such a short time, had we gotten from there to here? From inclusion to ICE. To children in cages. To self-dealing. To bullying our allies. To what sometimes feels like the end of the world.

Maya’s words – after I got past the “broad alarm of hastening doom” – had a similar power to Michelle’s gaze:

“Do not be wedded forever
To fear, yoked eternally
To brutishness.”

The mastodons’ fate does not have to be ours. Michelle’s waiting. 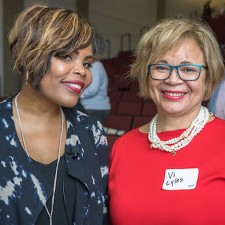 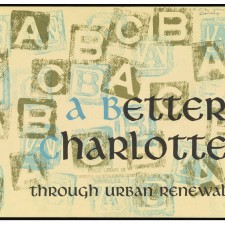 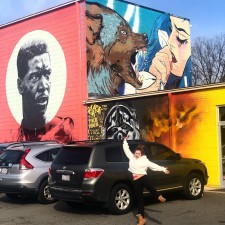 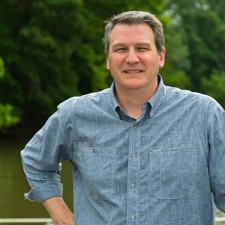